UPDATE: This source for this post, EDM Nightlife, was a satirical/untrue piece that had no explicit indication of falsehood. It wasn’t until after some research we found it out to be fiction. We apologize, this is not a true occurrence. However, the fact still stands that this would be my opinion if something like this were to happen. So if there are any club promoters out there thinking of getting HAL 9000 to DJ your next club night, please reconsider.

This is a pretty serious issue that could be getting more and more recognition, so I’m going to start with the facts and then go from there before I make myself mad again.

Now, to a club owner, these all sound like incredible things. Maximize profits, decrease overhead, draw in a larger crowd – great.

To a fan, these are things that could quickly kill the industry. We don’t go to shows to just roll and have a good time. 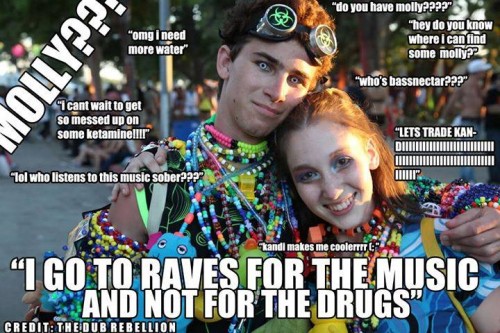 Supporting up-and-coming producers, who open for bigger names, is one of the most influential ways that names get big in the first place. It wasn’t so long ago that acts like Krewella, Seven Lions or Porter Robinson were opening for bigger names. Now, those same producers are getting tours of their own, and other producers get the privilege of opening for them.

A robot in EDM isn’t that different from what we already have in terms of pure Top 40 playlists from the likes of Afrojack or Guetta, but let’s remember that the road to success didn’t start with machinery, it started with pure human brawn and intellect. If this club wants to remove the human aspect of DJ’ing, by all means, go ahead. But don’t expect the novelty to last for very long. Word will get out, and people will realize that your main goal is to make a profit to the detriment of the experience, and then where will you be? No self-respecting DJ will play at a club where they can’t take their tour along because DJ POTPAL has to play a set.

Get the whole scoop by reading the interview with EDM Nightlife here.