DJ/Producer Ryan Raddon who goes by the moniker Kaskade has long been one of the biggest spokesmen and advocates of the electronic dance music scene in America. Whether it’s through his clever and interactive tweets, his blog posts on his tumblr This Is A Dynasty, or his stunts like confronting ticket scalpers, it is clear how much Kaskade cares for the wellbeing and future of this subculture. Not only do his intoxicating melodies and raw lyrics influence fans, but his overall character and spirit is an inspiration to dance music enthusiasts worldwide.

This past weekend, Kaskade stood in front of approximately 20,000 EDM fanatics to perform the closing main stage set at the inaugural Mysteryland USA, the first music festival to be held on same site as the historical 1969 Woodstock. It is only appropriate that a man who consistently stands up for all this scene is and all this scene can be would close out such a monumental EDM festival. Your EDM had the opportunity to catch up with Kaskade before his set to discuss his thoughts on Mysteryland, the future of our scene, and how things have changed for dance music over the past few decades. 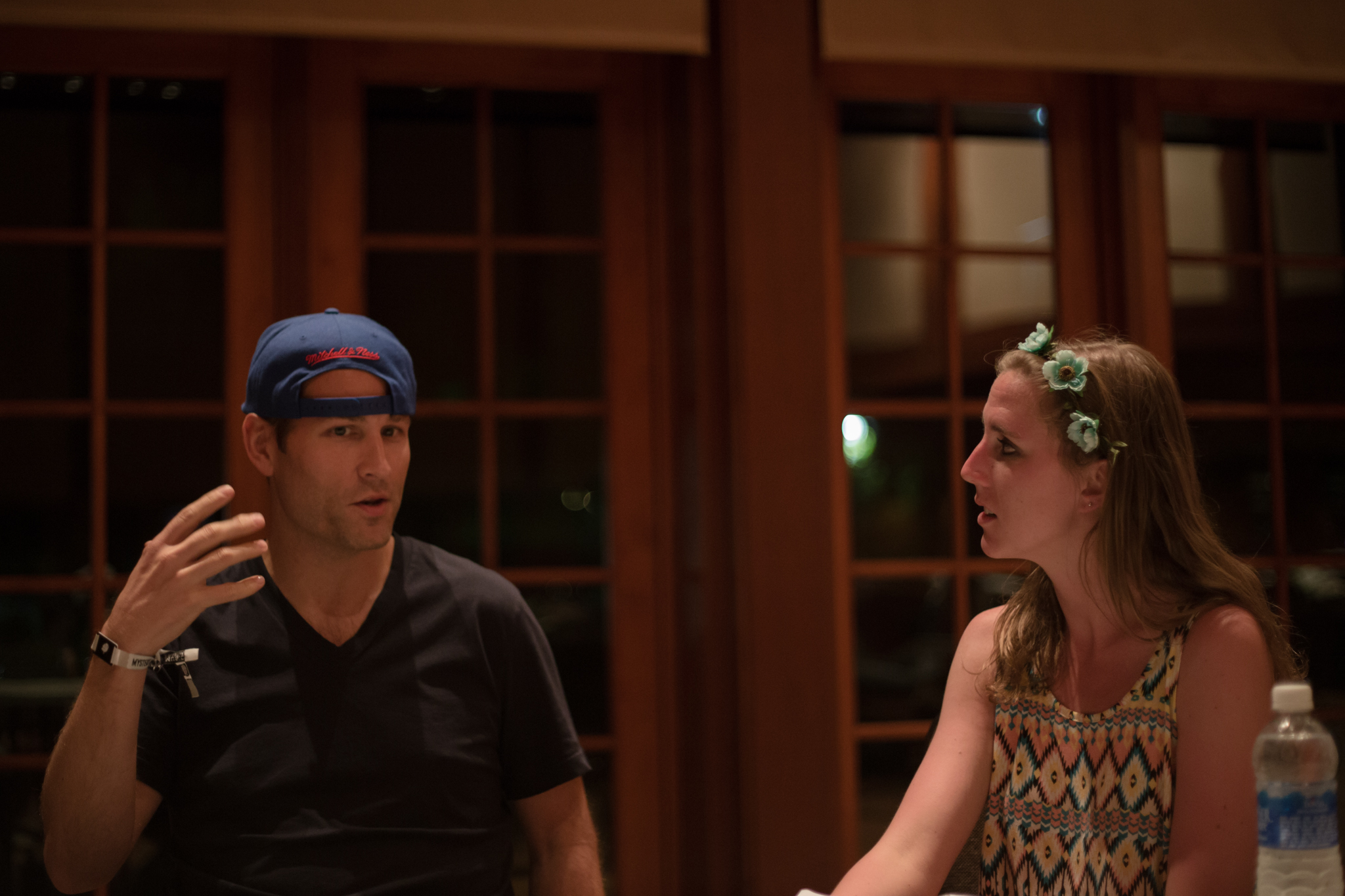 I think it’s very appropriate, this one. Mysteryland in particular. It’s about music AND art, the kind of blending the two worlds and I know a lot of people say that now. So that’s a very cool thing for festivals. But these guys have been doing it for 20 years and that’s kind of been their stance all along. So I think it’s appropriate that they’re here because that was the spirit of the original festival, so to kind of combine music, art, culture, bring people from all over the place together. I just took a picture with those people- that guy was from Spain and the other girl was from Venezuela- this is so awesome!

So what were your first thoughts when you heard Mysteryland was coming to the United States?

Honestly I didn’t think much of it. I just, all I could think is, you know, for a long time Europe was always the place where dance music was happening for most of my career…and life…and now that’s not the case. America is where dance music is happening. So for me, I just kind of thought of it from that perspective, like, oh, it’s cool, people are really starting to recognize that we’re actually doing something over here and we have our own movement and our own style and our own artists and it’s cool that these people are recognizing that and coming over here. I mean, this is a very important festival, because, like I said, 20 years is a long time to be doing something. And for them to bring it over here and then have it here at Woodstock! This is cool. It‘s saying a lot. It says a lot about our scene and where we’re at.

It’s pretty hard to recognize our place in history while we’re living in it, so what do you think else, besides what you already mentioned, will help push this music movement forward?

More festivals like this, and a lot of ownership has to happen, I think. And that’s been happening. Over the last 5 years I think there’s been a lot of changes happening where these companies that are associated with electronic music – from management to production companies – are becoming more involved really quickly. This was an underground movement here for a very long time. We were all just kind of taking on all the responsibilities because we were friends and we loved the music and what it stood for. But I think as it progressed and as it grew, other people with different motives were kind of finding their way into the scene. I think we saw some festivals weren’t doing it right and we saw the backlash from that. I think that’s all getting washed away.

You’ve clearly been in this scene for many years now, how else has it changed throughout the years?

We could talk about that for hours. Um, what’s changed the most? The most significant thing and probably the most obvious is having the means to do what we love. I think it’s been a huge driving factor over the change in the last few years. It gives people the opportunities to do what they’re supposed to do like create or write music or practice whatever their craft is.

In the midst of playing festivals this season so far, you have a few residencies in Vegas and had your Redux tour, as well as starting The Spark Run – which are all pretty different experiences, how do you mentally prepare yourself to perform at each one?

Just taking time. Redux for me is just very natural and that’s what I grew up doing, and for me it’s like putting on an old pair of jeans. It’s just very comfortable and easy for me, so the preparation is not as hard. I just kind of have to get in that head space. For festival sets, I have to spend more time preparing and thinking about it and making sure I’m prepared to stand in front of 20,000 people. But I mean it’s just, whatever. More hours in the day juggling these things.

You mentioned that you want to create songs that are there for longevity purposes, that will stand through time, and that you really like to focus on the melody and the lyrics, and then add the production stuff later. What exactly do you think, besides good melody & lyrics, will make a song stand through time?

It’s certainly the melody….it’s the lyrics! It’s the lyrics mainly. I think people hear a song, and maybe the melody strikes them and then the lyrics kind of hit later as they’re singing along. Like, “What am I actually singing? What am I talking about?” I think those sink in later. Some songs maybe right away. But production styles come and go. I mean, right now if somebody were to get up on the main stage and play Levels, people would laugh and be like “that guy is a jackass. Why did he do that?” You know, that would be goofy. So that song’s shelf life was very short even though it made a huge impact in the scene and reached out and a lot of people loved it. Because it was just that simple melody. I think that melody will live on and Avicii can go on and produce remixes with that melody later that stylistically fit the moment of the time. And those are the things, the lyrics & the melody are just what stand the test of time. I mean, if I went out there today and played Angel On My Shoulder I’m sure most of these people would sing along and the idea there is that, when I sat in a room and wrote that song with Tamra, was to make something that would live. That’s not achieved every single time. When I put out an album, that’s what I’m going for, you know? To have these moments that are real and honest and make songs that talk about things that I’m going through. And hopefully that resonates with people who are listening to the music.

I think it does pretty well!

As Mysteryland was coming to a close, Kaskade took to the decks, starting off his memorable set with his classic track ‘It’s You, It’s Me.’ The crowd didn’t seem confused to hear a such an old song; instead they thrust their hands into the air in excitement as they sang those real and honest lyrics. ‘It’s You, it’s Me’ is a song that stood through time, a song that continues to still work whether in the dark, deep club setting of his Redux tour or on the vibrant, energetic main stage of a festival. His set progressively became harder, with remixes and samples of fan favorites such as ‘Eyes’ and ‘Something, Something.’ If you looked up into the heart, it was easy to see how much Kaskade enjoys his art and his profession with his big smile and energetic bouncing. Throughout his years in the scene, Kaskade has remained dedicated to the music, to this movement, and to his fans. It only made sense that he would be the one to close out the first ever Mysteryland USA held on Woodstock grounds as we, the EDM generation, strive to push this music movement forward. 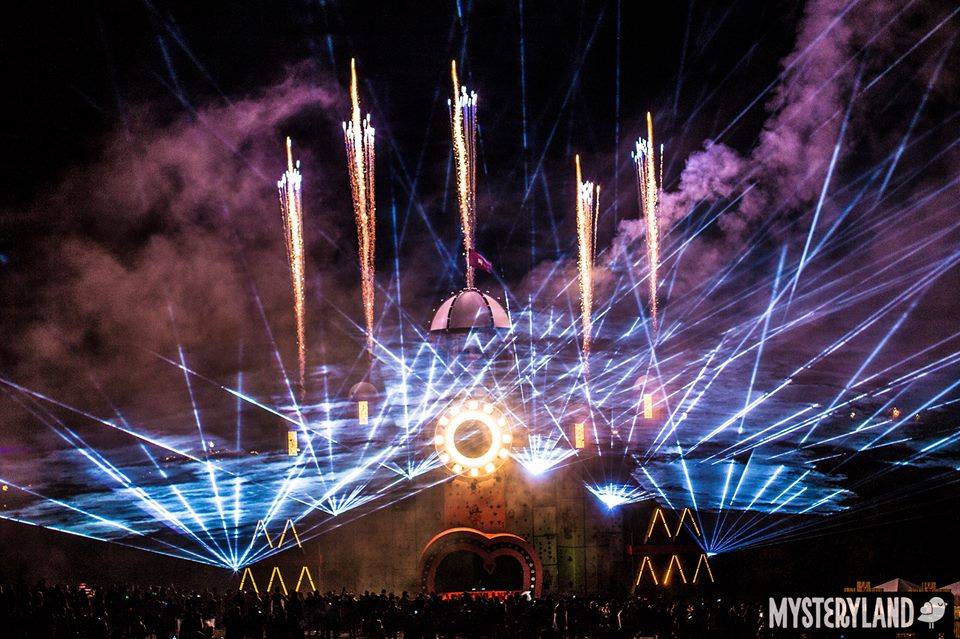 Tennis Stars Dance-Off During Rain Delay at the French Open

Tennis Stars Dance-Off During Rain Delay at the French Open