Lightning In A Bottle 2014: The Pre-Burning Man Experience

by Your EDM Staff
in Editorial, Events, Reviews

Festival season is now in full swing. It’s the time of year where you rack up thousands of miles in your car, drink copious amounts of beer, and get down with some of the best music artists from around the globe. Memorial Day weekend in Bradley, California was the start of my festival season with the one and only Lightning in a Bottle (aka the greenest festival in the United States.) Lightning in a Bottle is a product of The Do Lab, yes the same Do Lab who for the last 10 years has held a stage at Coachella, and brings together some of the best musical talent, artists, and progressive thinkers all into one somewhat convenient location. Read on for our epic journey down the rabbit hole that is LIB.

LIB seems to have been a festival on the move as of late. Three years back it was hosted in Orange County, then moved to Lake Skinner in Temecula, California but after some disagreement with local law enforcement and with the city and The Do LaB not seeing eye to eye on key topics, was forced out and on the road yet again. Finally LIB landed its new home, where The Do LaB hopes to stay, at the San Antonio Reservoir Recreation Area in Bradley, California. 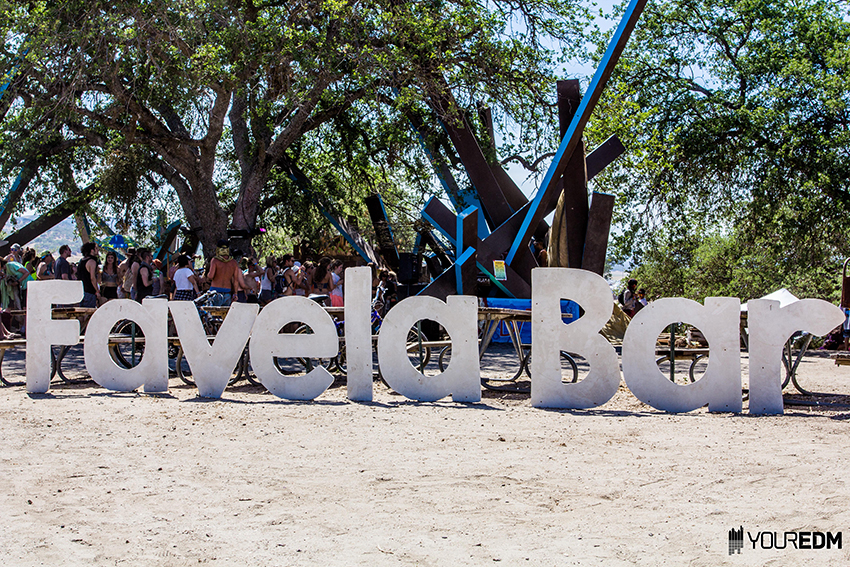 After a short 4 hour drive North from Long Beach, California I was finally at the venue. I was ecstatic to finally be there but dreaded the hiking I had to endure from my car to the campsite. Sure, there were shuttles running constantly but it was leg day. To be frank, my calves are still sore from the handful of valleys one has to trek across to reach any stage all weekend, but worth every sliver of pain. I arrived Thursday night, which meant I had to setup camp in dark and honestly had no clue where I was at until the sun was rising the following morning. Turns out we were camped smack dab in the middle of the Lightning Stage, the largest stage, and the Bamboo Stage, the smallest stage, with the Woogie Stage on the hill next to us. The primo spot to be, the envy of everyone’s eye. It was within stones throw of the Favela Bar, a side stage which cranked out tunes so deep DJ Hansel could see himself brushing his teeth to, the food court (all vegetarian / gluten-free, of course), and some of the cleanest bathrooms I witnessed in front-of-house all weekend.

I started off the festival by attending Filibusta’s set at the Bamboo stage and knew instantly that this stage was going to be my home-base for the weekend. It was amazing seeing this stage packed for him early in the afternoon. After getting down to his bass heavy set, we decided to go check out the marketplace. The marketplace was vendor city which had everything you could ever need.

Fun fact about LIB, it is a Pescetarian festival, everything was veggie and some places served fish. Yes this at first didn’t strike a good chord with me but this was some of the best tasting food I have ever had, including the best burrito I have ever had hands down. Or maybe it was just because it was the first real food I consumed after a solid liquid diet of Miller High Life, who knows. 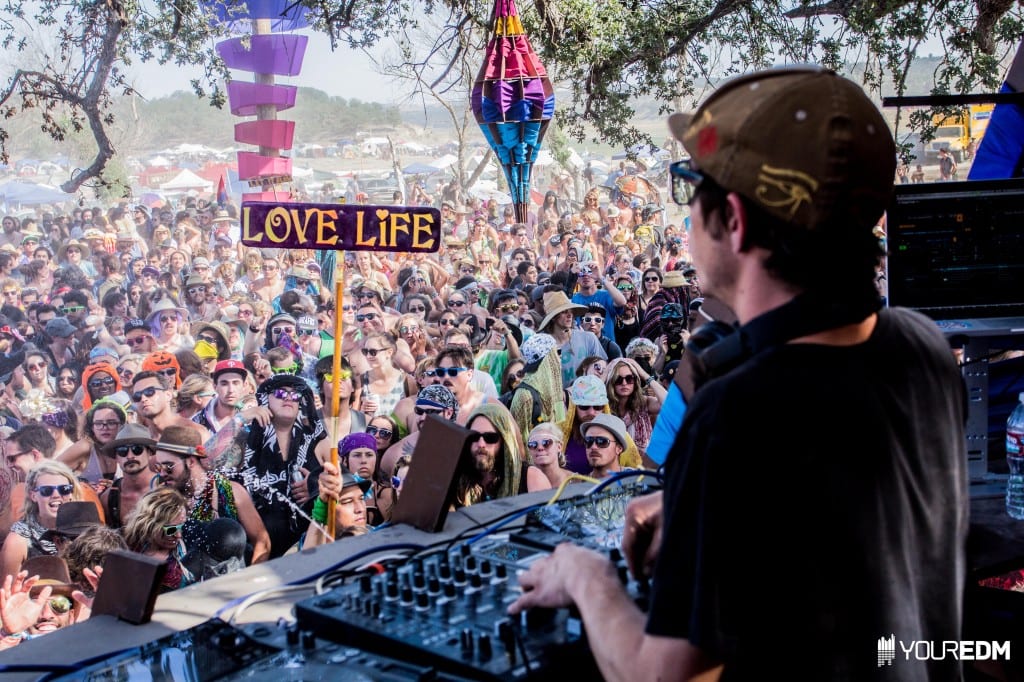 The next stop I made was the Woogie stage. After surviving the trek through “The Ditch”, which was home to one of the late night stages, I finally made it to the Woogie. The first thing I noticed was the speakers at this stage. Holy sh*t the sound that came from the Pure Groove System’s speakers was indescribable! The same speaker stacks developed by NASA, of all people, not only looked amazing but they also sounded great no matter where you were in the crowd. We could easily hear the beat of the bass in the distance back at camp, which was two hills over and even had the blare of the Lightning Stage in front of us. 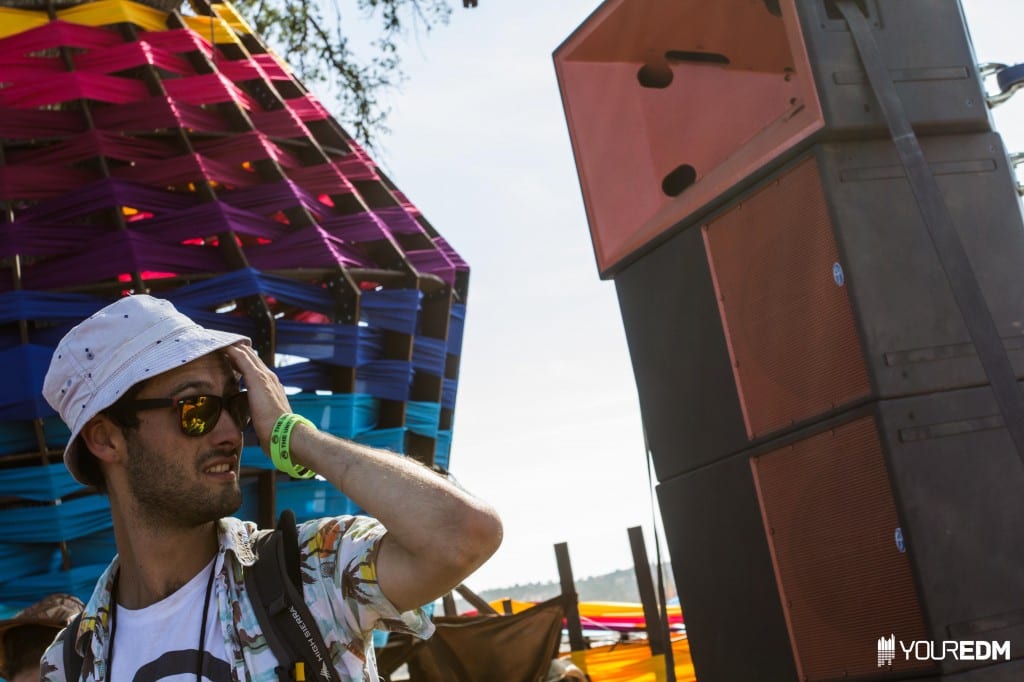 The Woogie was for all the deep house and techno heads with artists such as Maxxi Soundsystem, Claude Vonstroke, Pumpkin, BLOND:ISH, Hoj, and Simian Mobile Disco getting weird all weekend.  The stage was built up inside a tree and looked like a giant rainbow beehive that was naturally there; a recycle from last years Lightning in A Bottle stage design. Hearing just both Maxxi Soundsystem and Claude Vonstroke through Pure Groove Audio was such an amazing “eargasmic” experience on day one.

The rest of my night was then split between going back and forth between the Bamboo Stage and the Lightning Stage. The Do LaB did a phenominal job with scheduling since it allowed me to easily bounce between stages, all while still being able to see large amounts of each artist’s set and check out some interesting workshops. 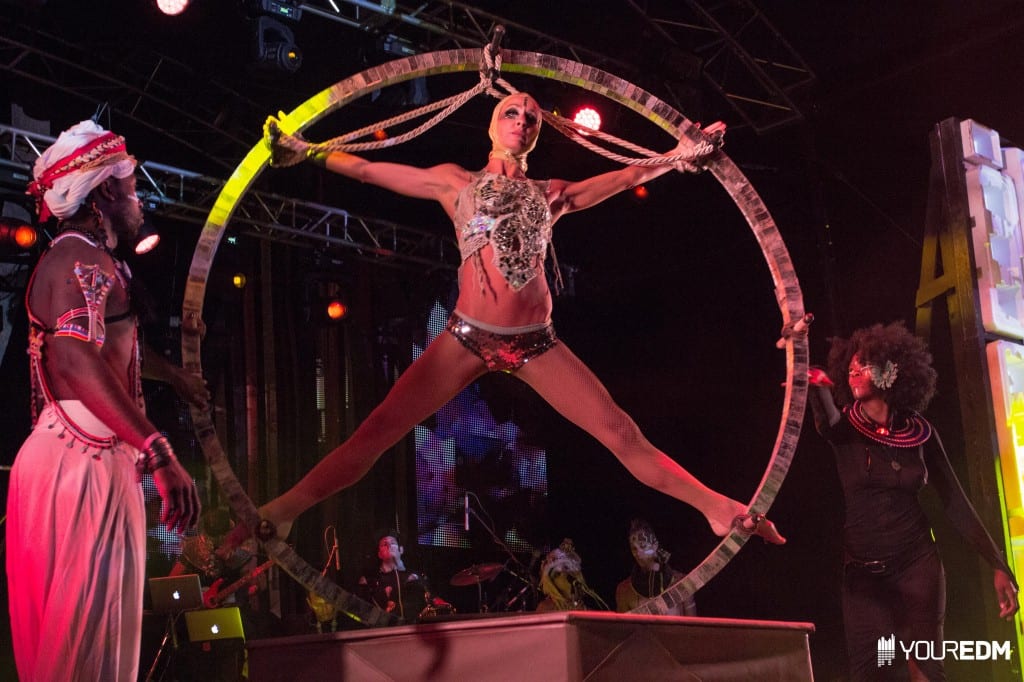 Highlights of day one were seeing Russ Liquid and Ana Sia absolutely crush the Bamboo stage. Then watching the masters of their own realm; Gramatik, Moby, and the Lucent Dossier Experience all bring such different vibes to the Lightning stage. LIB was the kickoff of The Lucent Dossier Experience’s new national headlining tour. Be sure to check them out if you can! Their Eastern inspired bass music is something to experience.

However the icing on the cake for day one was Baauer. He brought the dirty schoolgirl out of everyone and had the entire Bamboo stage show his or her ratchet side.

At 2am all the main stages quiet down, just as all the late night stages get loud. In “The Ditch” there was the Drift stage. The first night the Headtron crew took over this stage and turned it into a party. G Jones played one of the best sets of crazy bass music I have heard from him followed by Gladkill, gladly killing it after. I then stumbled back through “The Ditch” back to my tent to attempt to get some much-needed sleep. 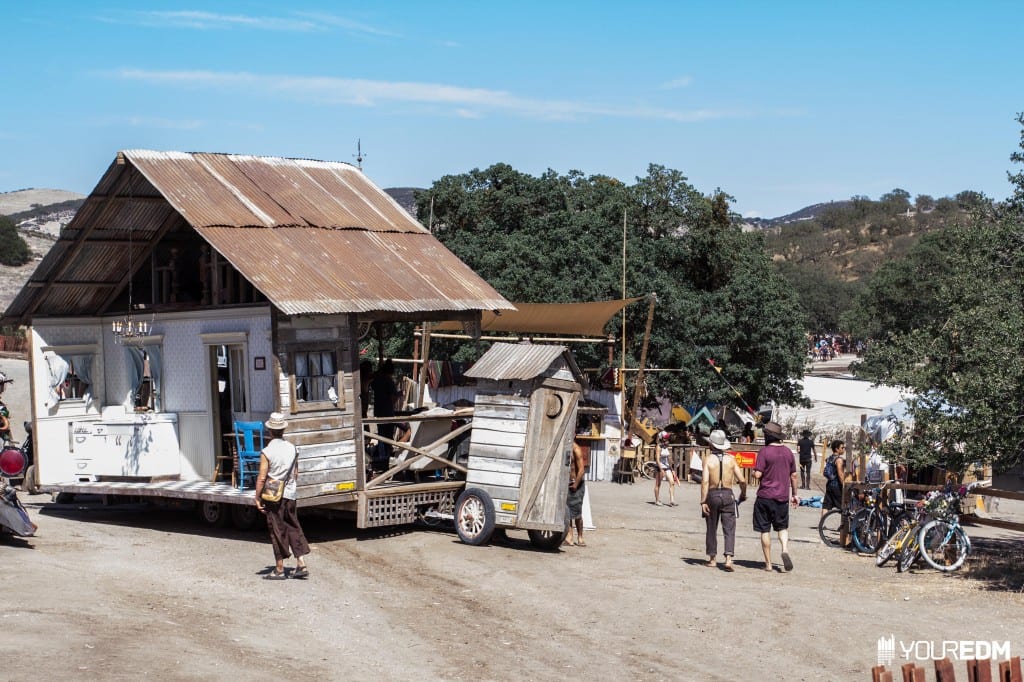 Day two started off with an Artist/Press Morning Mimosa Mixer in Production-land of the festival.  This mixer featured talks two of the Flemming brothers, the founders of The Do LaB, along with a few other of the key ground movers of The Do LaB, like Dream Rockwell. One of the fellow reporters asked about Flemmstock of ’94 which made the Flemming’s bright red. Flemmstock was the start of The Do LaB and happened to occur exactly 20 years before LIB. The brother’s parents went out of town and they threw a party at their house. Their dad, who happened to be at the mixer, then spoke up and said that he learned about the party from the police when he returned home. What a start.

After the mixer, we trekked all the way over the Woogie stage too see Pumpkin make Pure Grooves Audios speakers thump for two-so hours. I got von-deeper and boogied my heart out the entire time. I also enjoyed some of the best gluten-free shaved ice, which I didn’t know was a thing but hit the spot in the scorching 100-degree weather.

After Pumpkin I made my home at the Bamboo stage for the rest of the evening. Dimond Saints, who have been blowing up recently, were one of the best sets of the night. Followed very closely by Kraddy who brought the energy in the crowd to a whole new level. 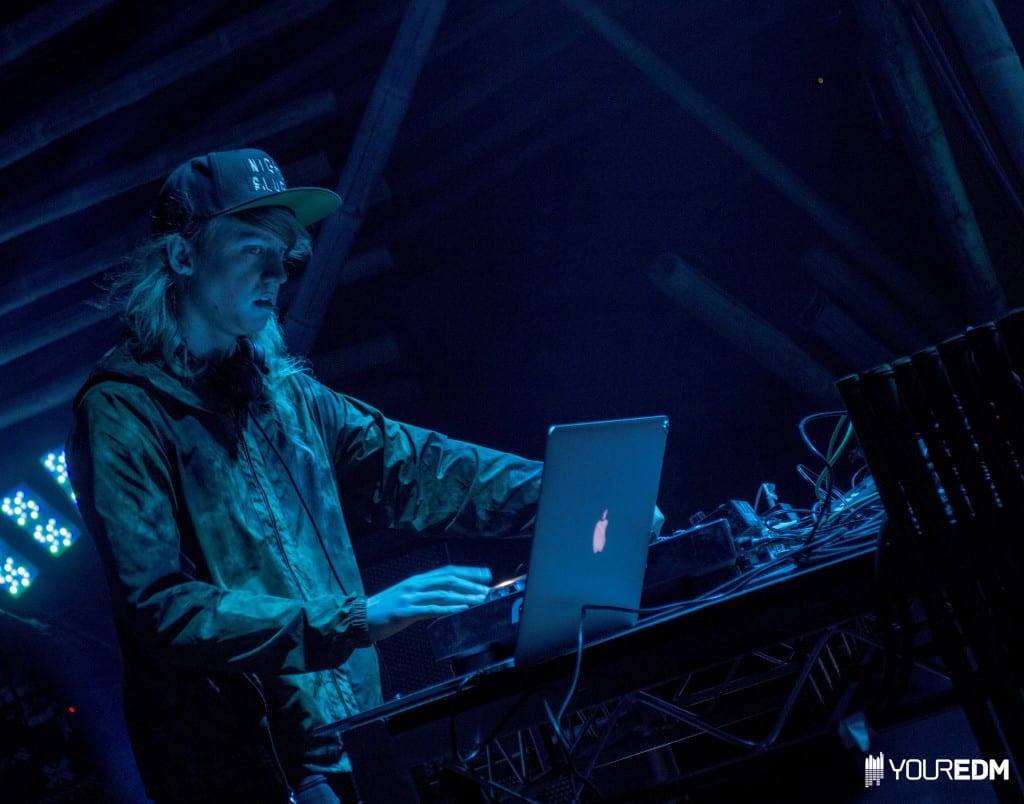 Cashmere Cat takes the prize for the best set of day two. Cashmere Cat has such a unique style and gets the crowd to be so involved with his set. This was the first time I have gotten to see him and I am so glad I was able to do it in this setting because it was beyond perfect. This was where I called it a night for day two and went to bed dreaming I was still front and center at his set.

Waking up to the heat was torture on day three. 8am, the hot sun cooking me inside of my own tent like a honey baked ham in the oven. I attempted to shower but the lines were atrociously long so I decided to just roll with it and put sunscreen on top of all the dirt. Makes sense right? Dual layer of protection. Day three was the day. This was the day I was waiting for. It had so many of the artists that I wanted to see; I just needed to make it through the draining heat of the day first.

My home-based, the Bamboo stage, was the first stop I made. I got down to Sabo and then got a little ratchet to Sweater Beats. Then went back to camp to listen to Chet Faker from the comfort of my own chair because camp was literally that close. My feet were wrecked and my legs felt like Jell-O, so some sitting time and Miller High Life was much needed. 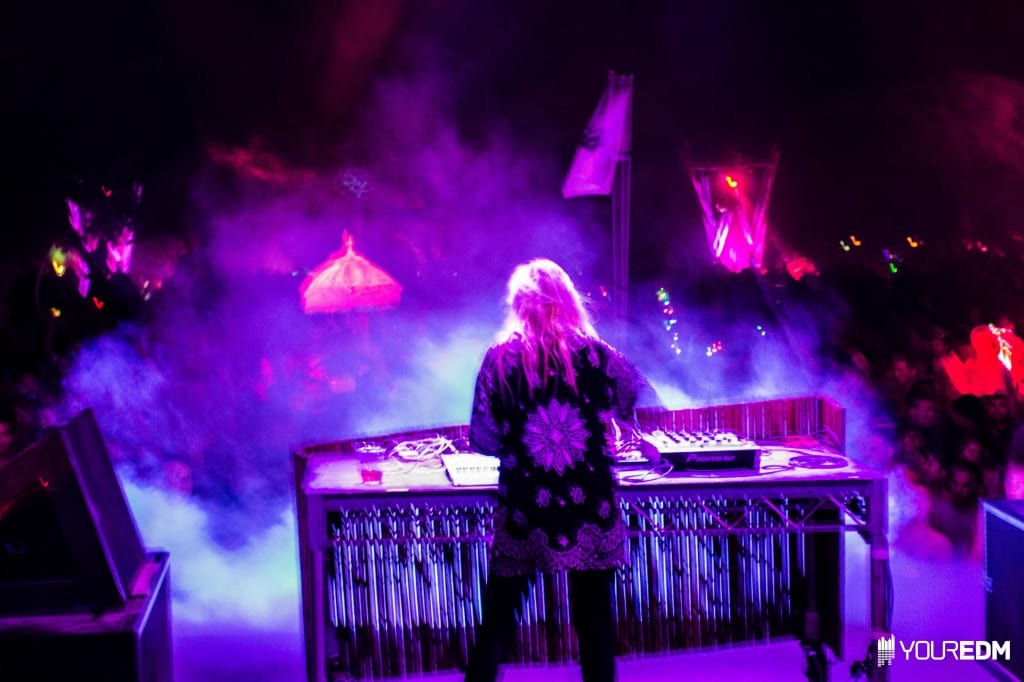 Summoning up some strength from the bomb veggie burritos back at the marketplace, I was able to catch the last bit of Sugarpill’s set. That guy always throws down and I am glad to see he still hasn’t stopped. Following Sugarpill were the four artists I waited all weekend to see; Tokimonsta, What So Not, and The Gaslamp Killer.

Tokimonsta is such a villain. First of it’s a she, yes Toki is a girl and second she is a thug. That was the best set I have ever heard from her by far. 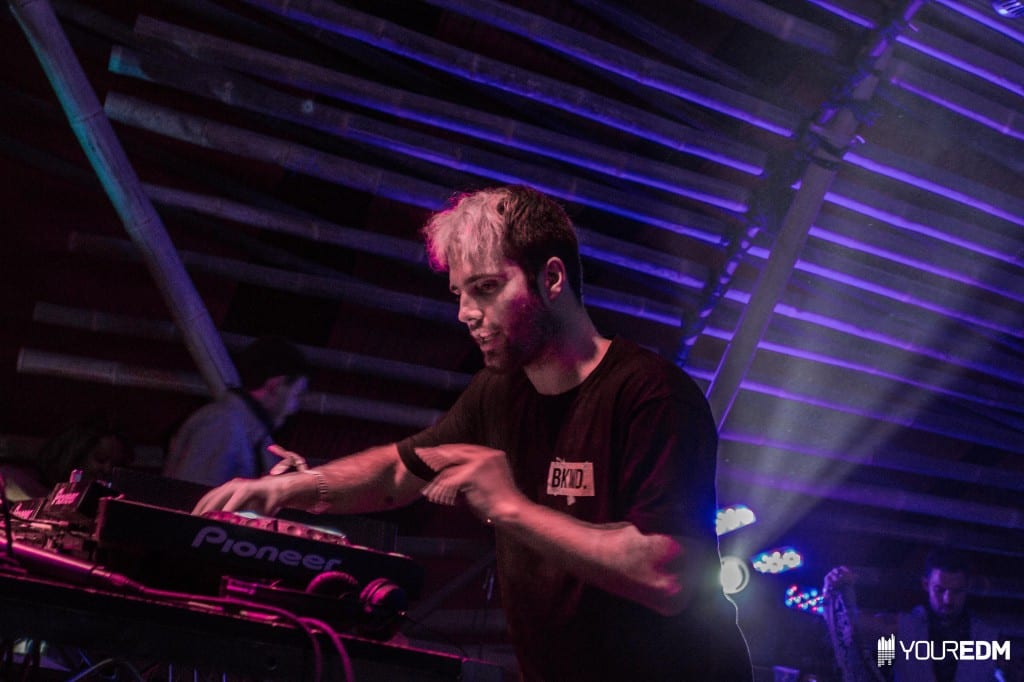 After Toki was What So Not, the Australian power duo of Flume and Emoh Instead. I have noticed that Flume has been absent in the recent What So Not shows and was a little sad he wasn’t at LIB. Emoh Instead most definitely made up for the difference and played his absolute heart out. He looked like he was having an amazing time up on stage and the crowd was having an even more amazing time listening to him (them?). He even said LIB was one of the most incredible events he has ever played, then dropped their remix of Lorde’s “Tennis Court”, which just made the crowd just loose their minds.

What So Not made it a very very tough act to follow and I don’t think anyone but The Gaslamp Killer could have done so. GLK is one of my favorite people to watch on stage because of how involved he gets with his sets. His crazy hair is constantly moving and he is such a character to watch. Not only does he get down to his own music but he also has the ability to captivate the crowd and get them to act just as crazy he is. Seeing him was the perfect ending to the festival.

All said and done, I think the best sets of this weekend were What So Not, G Jones, Lucent Dossier Experience, and Baauer. They are all masters at the art of crowd control and bring such energy into their music. 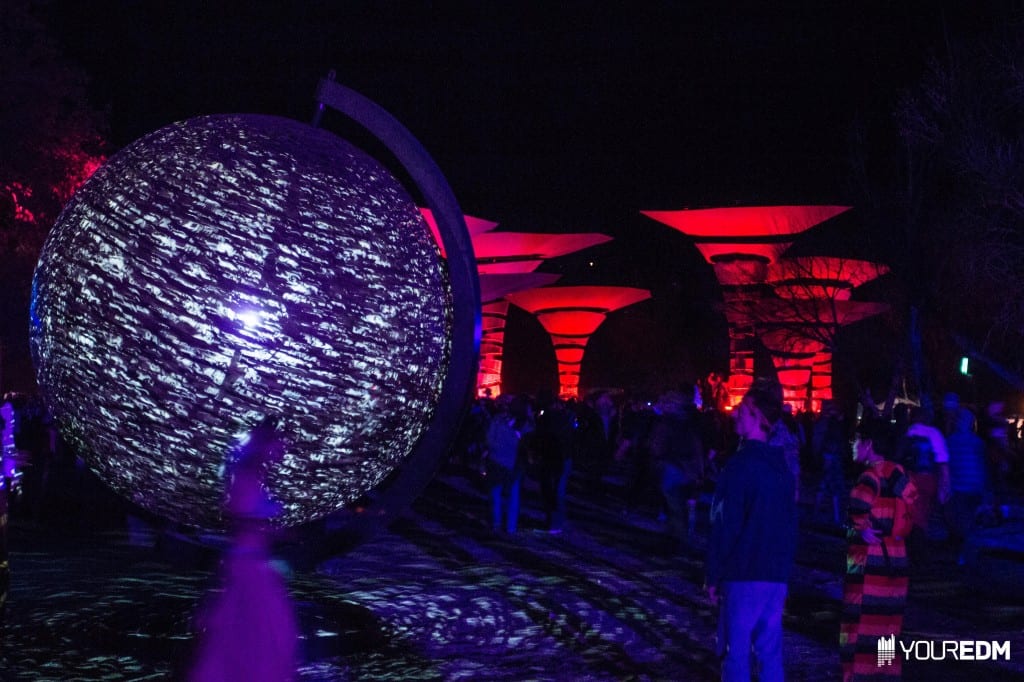 Thank you so much to our good friends at The Confluence and to our buddies at The Do LaB for the opportunity to be apart of this progressive festival. Seeing everyone pack out his or her trash after the festival was one the only good part about leaving. I am so grateful for being a part of a festival that used compostable cups, plates and utensils, encouraging everyone to pack out their trash, and brought together so many different workshops, artists, and musical talent all under one roof. LIB is hands down my favorite festival and I encourage everyone to go so I can meet you next year! Heres until next year LIB!