Just over a month ago, Krewella played in front of their largest crowd ever at the main stage at EDC Las Vegas (aka the record breaking KineticFIELD); lucky for us, the Krew’s videographer, Miles Evert, was there to capture it all on tape. “You wanna know what it’s like [to play a crowd that big]?” Jahan said. “The second you started talking about the numbers, 40 thousand, 50 thousand, 60 thousand, I actually felt my stomach knotting up. It’s like a roller coaster ride, that’s what it feels like.”

Despite all the pre-show nerves for a performance of this magnitude, the girls from Krewella never let it get to them once they’re on stage. “Right now I’m nervous, but I’ll be okay,” said Yasmine. “What they say is true, it disappears the moment you start performing,” and that is immediately apparent from these clips from their set. 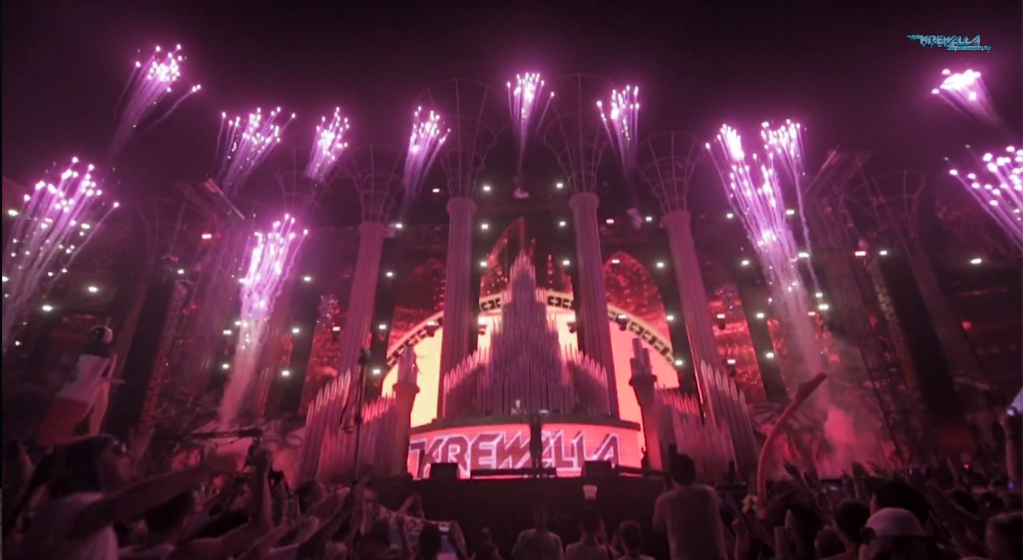 This episode of Krewlife also gives us an inside look at the Krew’s legendary surprise set at the BassPOD, which left even the most experienced bassheads in the crowd with their faces and jaws on the floor. For those of you who don’t know, drum and bass holds a very special place in Krewella’s hearts, but especially Yasmine’s; she even goes on to say that this set will probably be the highlight of her last 4 years in the industry.

Yes you heard that right, the highlight of her career so far wasn’t playing main stage at Ultra or EDC like so many DJs dream of doing one day, but instead dressing up in disguise and playing 45 mins straight of unadulterated face-melting bass. It’s things like this that remind me why I fell in love with this group of kids from Chicago. While they may be global superstars now, money and fame isn’t what inspired them to break into the industry, they just wanted to make music that was fun to rage and get wet to and it’s such a beautiful thing. 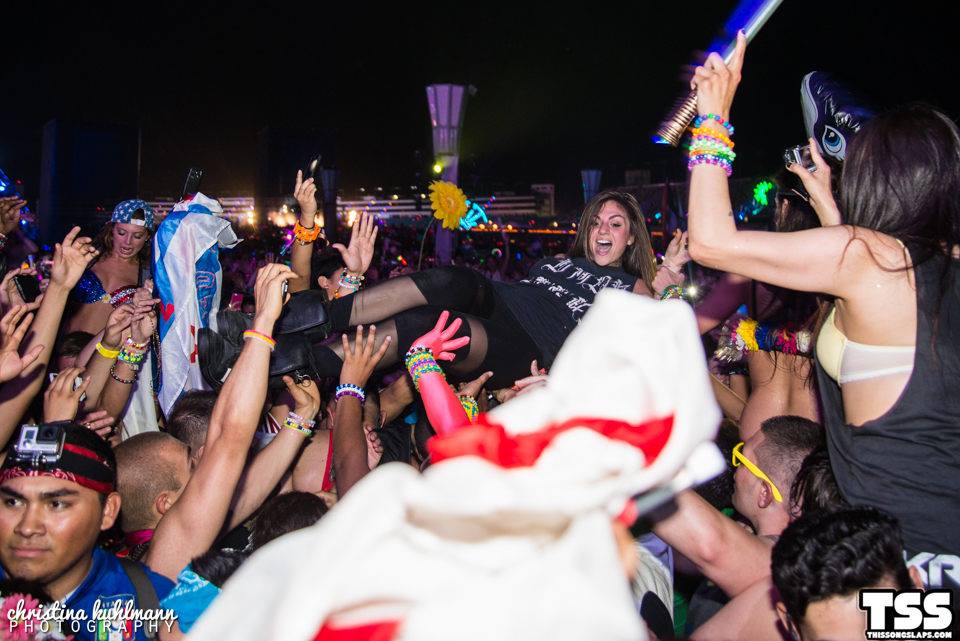 But wait, there’s more! Towards the end of the video, we get to follow Krewella into the studio for a sneak peak at some new material. This marks the first time we’ve heard anything new from the Krew since their debut album Get Wet came out back in September 2013. Even though we’ve already known that Krewella’s sophomore album has been in the works for a while now, it’s nice to finally hear a clip from a new track even if it was only 10 seconds long.

In an recent interview, Jahan had this to say about the new album:

We’re aiming for the first bit of next year, but things always change. We end up taking a year longer or three months shorter, who knows… We’re fine tuning the writing more, I’d say the writing is a little more rock oriented so there’s a story and a theme throughout the entire album. Production is a little heavier and we’re just spending a little more time on it. We’re not rushing this. No matter how long it takes, we’re not going to pressure ourselves into giving a certain deadline. We really want it to be even better than the first one.

I don’t know about you, but to me it definitely sounds like this new track from the video is going to drop into dubstep right before cutting out. Krewella’s dubstep is what got me into their music in the first place so I can’t wait to hear more face-melting bass music from them in the not too distant future.

Express Your Opinion, Who Deserves To Move Forward

Express Your Opinion, Who Deserves To Move Forward