Club Sets Vs. Festival Sets: The Artists of TomorrowWorld Weigh In [Interview]

The major glaring difference between a dance club and a festival is size. The latter encourages a much bigger sound and has been the inspiration for numerous sub-genres that utilize massive reverbs in order to emulate the epic size of the crowd. At Your EDM we were curious as to how festival headliners and first timers adjust their sets to appeal to the larger attendance so we used our magic interview powers and asked them. The responses are in no particular order.

“For us, a lot of it has a lot to do with the type of festival we’re playing.
EDM festivals and their audience tend to be more familiar with the “build up & drop” type of sets .  Those sets we really have to be specific in where we sprinkle in unique ideas to push the genre forward. The kids are usually there to turn up a specific way and expect a specific music style. Something we have to be mindful of while still being “us”.
Festivals that have a mix of EDM and live music acts, the audiences tend to be more patient and open to more musicality and drawn out sets.  You can be more artistic and free with your jams and the audience will stay with you while u colour more outside the lines.
Also, festival audience’s are a collage of people. Some are fans and some are people coming to see you for the first time.  So u have to strike a balance of playing stuff that your fans know while still including more familiar sounds to draw new listeners in for the first time.” 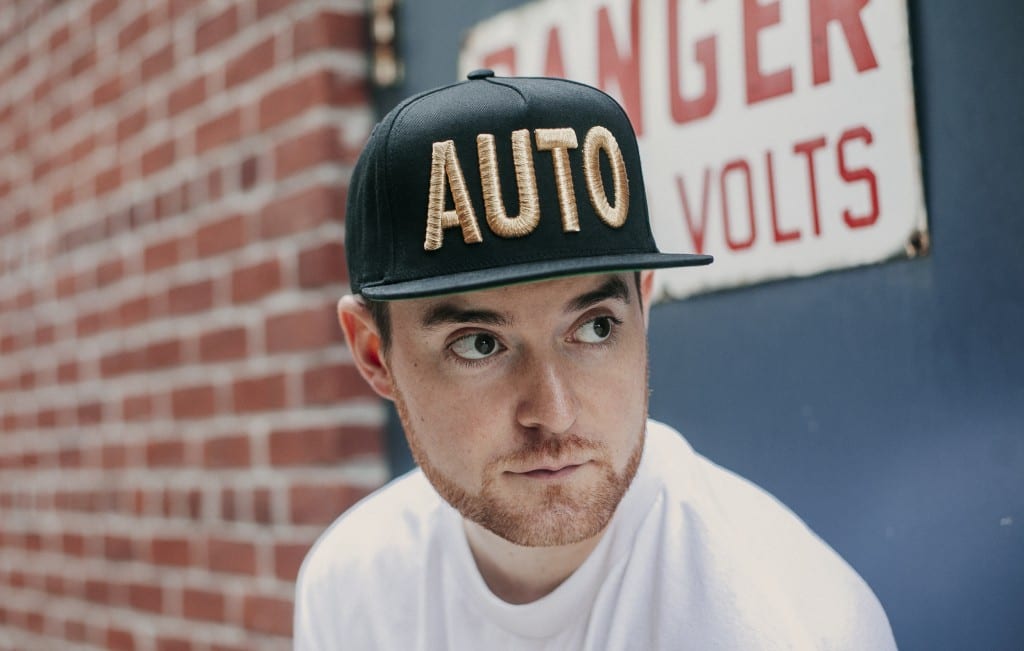 “How do I prepare for festivals? Let’s take a quick trip into the mind behind my windowless eyes…
I usually start the day with a cold bath, which gives me a frigid exterior shell of confidence, much like the ancient deep sea isopod.
Exiting the bath I roll onto the hotel room floor in a panic and blur of hypothermic shock, which is why I travel with a man-purse of adrenaline shots.
Crawling out of the bathroom, I find a strangely familiar set of tarot cards, which are scattered traumatically across the floor and, depending on the event, have forecasted my set time and weather with unrivalled accuracy.
Let’s assume the cards are in my favour and they haven’t found me tucked away in my secure hiding place…….
I clamber and pull myself up onto the bed, still frozen to the core, adrenaline coursing through my veins and there it is – my final meal before the set. There’s usually a note beside the plate that I’ve addressed to myself and it reads:
“-1 Bottle Sparkling Water
-1 Caesar Salad
-No chicken …just the way you like it.
Go get em.”
Once satiated, ensconced by the procured Salad of Caesar, I drape myself in the uniform of DJs past, present, and future: a baseball cap, Jordans and a fitting selection of social camouflage.
I sit in silence staring at the door exiting my room.  It’s covered top to bottom with the faces I’ll see today with pins and strings connecting them in some sort of skewed family tree. I’m coming for them.
The driver calls up to my room.
“Is this Keith?”
To be honest, I’m not sure anymore.
“What?? Can you please fucking get down here? I’ve been waiting for 45 minutes… This fucking guy takes forev-. Click.”
The phone slams down as he trails off into the distance – the same way I envision myself trailing off into the sunset, towards the festival.
They’ve found me.
I’m ready.
I was born ready.” 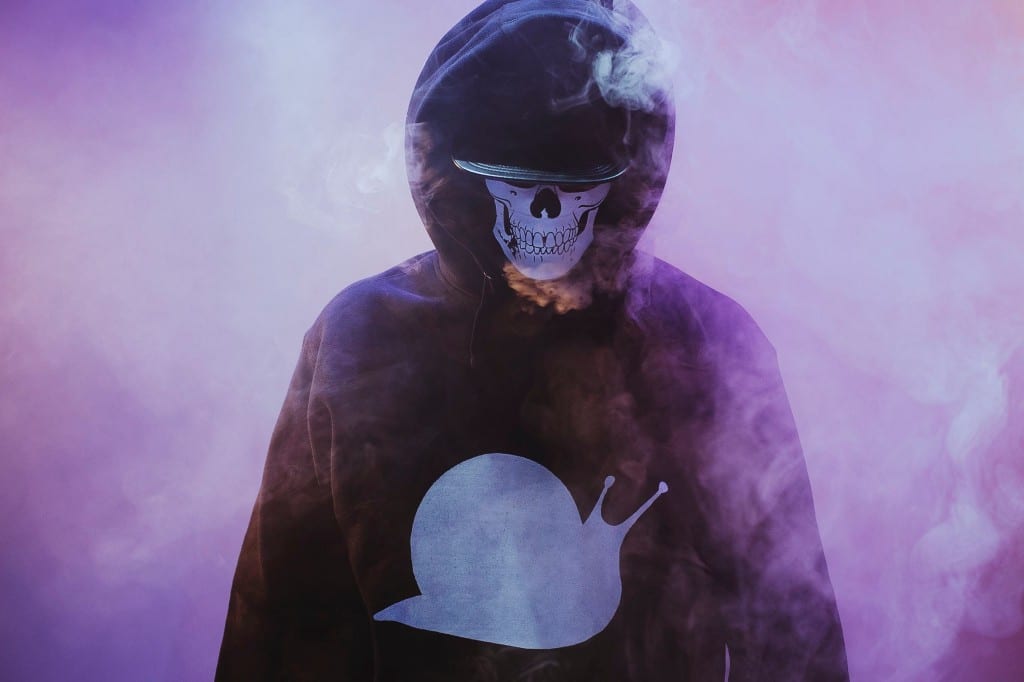 “Personally, when it comes to preparing for a set at a club, I always love to let myself to go a little bit more deeper / harder / weirder on my playlist selection. Venues have this “personal” feel / vibe that makes me wanna try & do some stuff that i might not be able to do during a festival. It’s also a kind of a playground for me to test out some songs I wouldn’t play at a festival . For festival shows, I love to play with the crowd. I feel when it comes to such a big audience, making a link between them and me is very important. Sometimes it’s hard to play weird stuff i love so i try to bring it with some special edits (vocal or riffs that people might recognize) that drop into some “vomitstep” songs. So its the best of both worlds because I’m able to play stuff that i like and the crowd is able to sing over and recognize some of their favorite songs. Festival sets are my favorite because preparing is always a challenge to see how i’ll be able to create that connection between me and the crowd and also until when they are willing to go with me into the weirdness.” 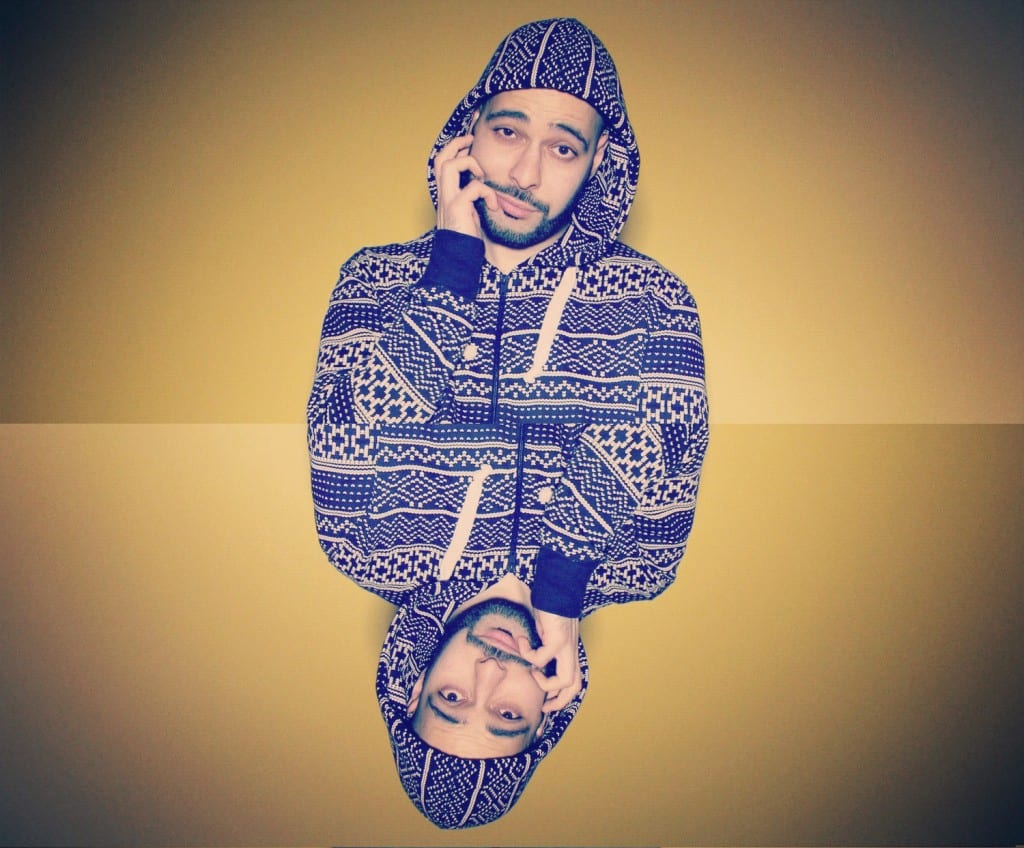 “Since there’s a million DJs playing at a festival, we’re bound to play some of the same tracks. Thats why I make sure i have some big but rare tunes and some forgotten classics with me. For the bigger tunes i know others gonna play I make mashups/edits/remixes so that i play a version that can only be heard in my sets and I make sure it sounds like GARMIANI.” 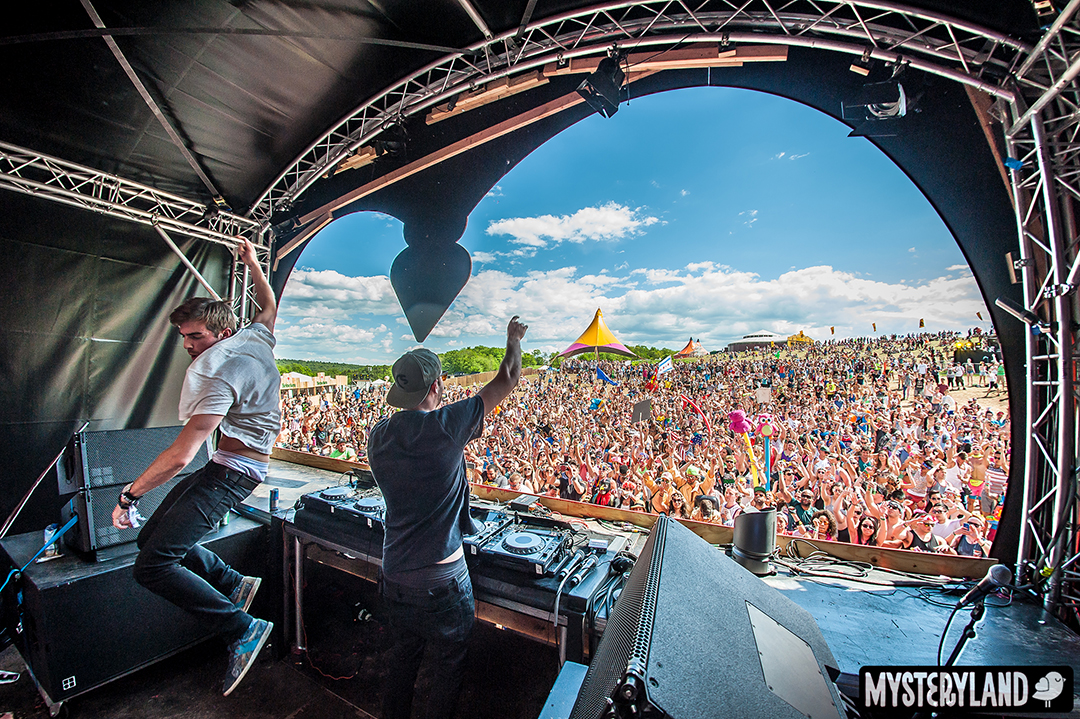 “To us the main difference between a festival and a show is the expectations of the crowd. At a festival the artist is the main event as is their music, at clubs you are often also specifically looking to get laid, get drunk, hang with friends whatever. Our preparation revolves around giving our fans what they want.  Festivals are a place for us to set ourselves apart, take more risks and showcase unrealesed music. Most likely, we are probably playing on a lineup with 5-25 other people and we aren’t going to play the same music and we have new fans checking us out. For us, it’s then about dynamics with our set, creating a story of highs and lows, new and old, familiar and undiscovered with the most emphasis on our music…” 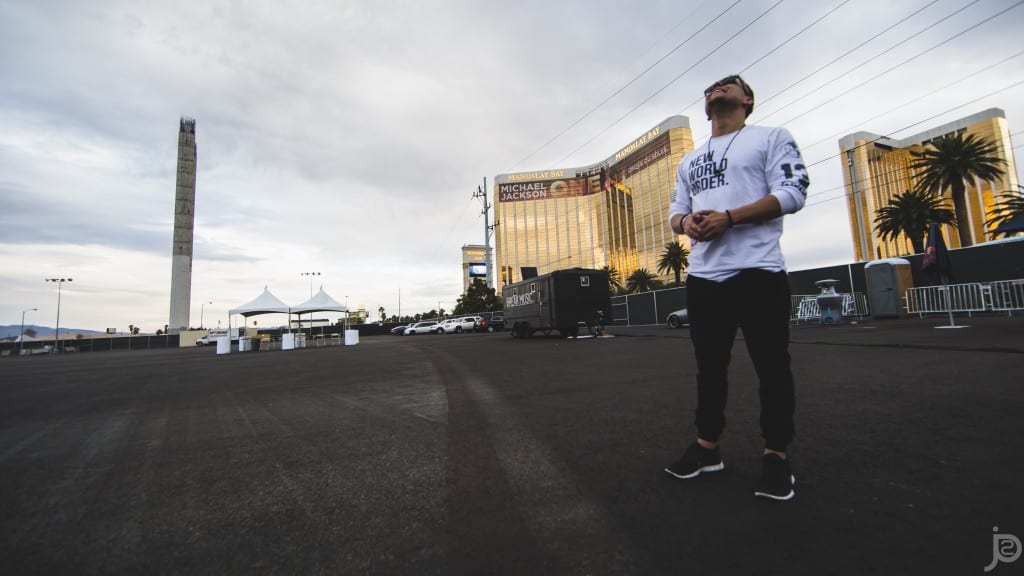 “Ah, the glorious task of creating a festival set. I think for me the difference between a club set and a festival set is the audience. Sure you’re going to have the same fans of the music but at a festival setting you’re tasked with creating a much larger, wilder vibe for a sometimes entirely massive audience. This means you’ve got people from all over the world who have come to experience sound from all angles. I’ve got to make sure that I remember there may be some people who stumbled upon my set, walking from stage to stage. I need to be able to show those people in 30 seconds why they should stay for the next 30 minutes. So, that means playing a set that is captivating from beginning to end, with all sorts of twists and turns you wouldn’t expect in a club.
TomorrowWorld is going to be exactly that. High energy and (hopefully) really involved. I love to find ways to get the crowd a part of my set and I’ve got a ton new music that I’m hoping will blow some minds along the way. All in all, I’m honored to play at a brand new festival like TomorrowWorld and can’t wait to wrap up the summer with the show.” 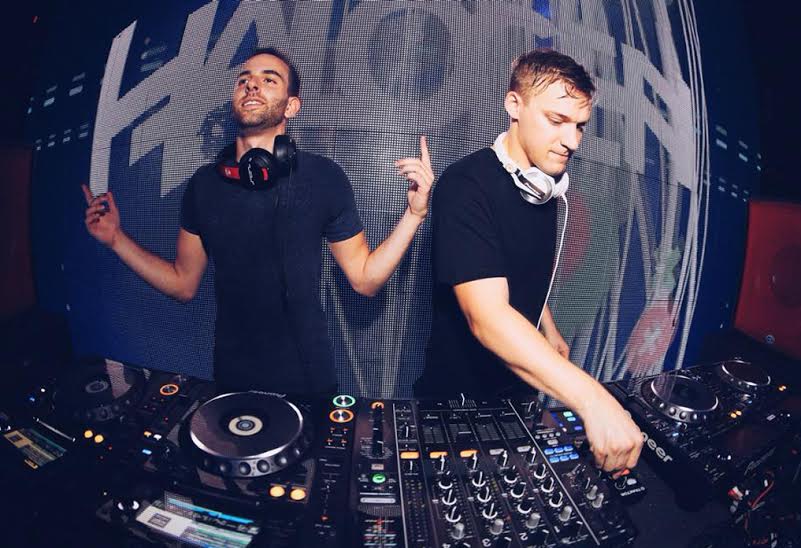 “Atmosphere”. The people who attend festivals appreciate the music for what it is. Simply said, people in clubs tend to have a motive that takes attention away from you, whereas the excitement of festivals really gives us the opportunity to spread our wings.

I wouldn’t say that there is a big difference in energy as much as theme between the two. Clubs have more of an intimate feeling, allowing us to test the limits of what the crowd will react to. The speaker systems are tuned specifically for the room, which makes it a great place to test out music for the first time (and/or pinpoint flaws that need fixing).

When it all comes down to it, both environments are great. The overall experience is more dependent on the people who are there rather than the actual venue itself. We have had great times playing at run down venues and not so great times at some of the best. If the setup is solid and everyone is smiling – we just show up to improve what otherwise would be silence – and it’s always a party.” 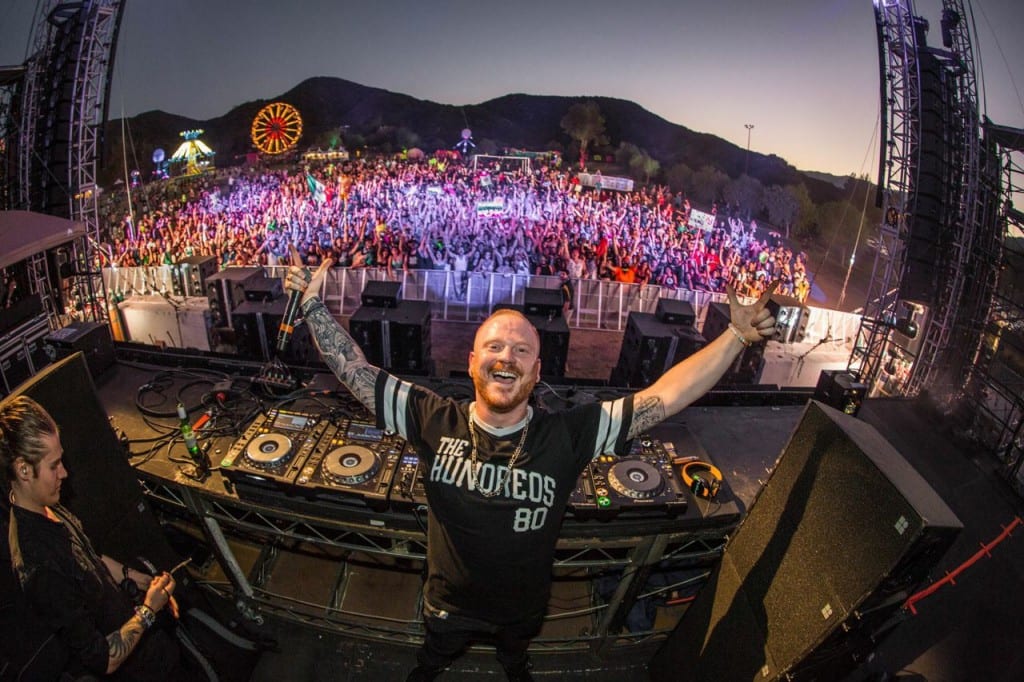 “For me, festivals are about showcasing new music, your classic originals/ remixes, and keeping things interesting.  I generally don’t “prepare sets” simply because that’s not the way I play live.  I’ll only add new music to my USB that I really like and think I can do something creative with in a live aspect.  I definitely do my homework about knowing where I am playing, culturally understanding who I am playing to, and what the overall vibe of the festival will feel like.  Usually right before a festival I will spend a day just playing drums, piano, scratching, making hip hop, or rapping just to keep my mind clear.  Why that helps me be on my toes in the live aspect, I don’t really know, but it does.  I think the contrast between doing those things alone the day before, being so connected to music, and then playing a festival set for a giant crowd may just be the thing that works for me.  For clubs sets in my mind it’s all about thinking creatively and just keeping that energy flowing instead of BURSTING like a festival set.  In the club, most of the time what I get from people is that they want to dance and keep a continuous stream of feel good music coming.  Having played Marquee Las Vegas many times this year I have been able to exercise my creativity so much in my love club sets.  For me, at the end of the day, I just want to play a good show.”