Native Instruments has just taken the wraps off their newest DJ controller, the Traktor Kontrol S8. The S8 aims to take on Pioneer’s own CDJ business by putting the focus on the decks and not your laptop; the S8’s signature feature is the inclusion of two full-color displays that put all the info you need right in front of you.

Another major “revolution” in the S8 is actually the lack of disc-like jogwheels. NI has turned the concept of DJing on its head by replacing these relics of the past with touch-sensitive strips that are more efficient, less likely to break, and better representative of the Traktor interface than their bulky predecessors. In addition to these major improvements, the familiar aspects have been given a 2014 overhaul: touch-sensitive knobs, a more advanced mixer, and an array of color-lit pads and buttons for remixing. 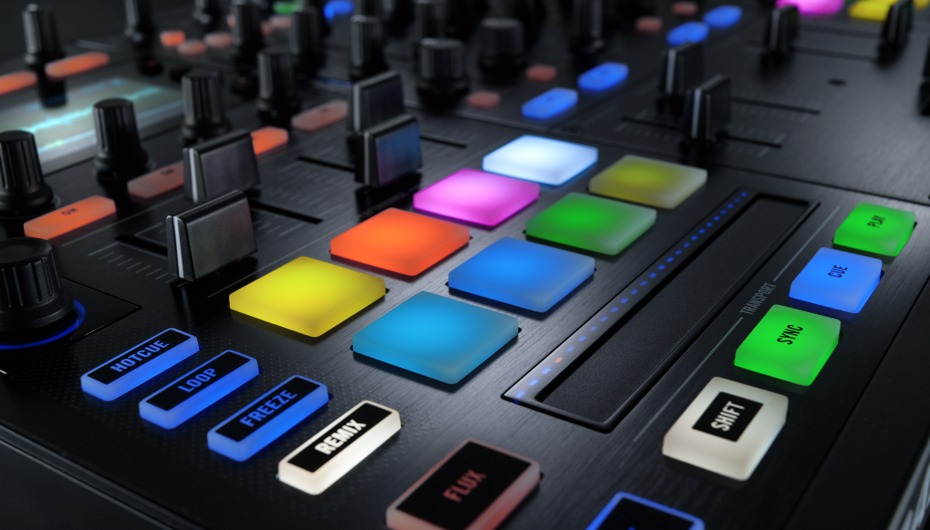 With all of these new features, hopefully NI’s latest will inspire and encourage DJs to be more versatile in their performances. The S8 is available now for $1,199, which is a far cry from the price of an equivalently capable CDJ setup.