An unfortunate circumstance for them, a particular artist just released their tour schedule for 2015 and accidentally included dates at both EDC Las Vegas & EDC New York; who’s lineups are completely unannounced.

The group in question is the Art Department, who also came early in announcing their Tomorrowland Brazil performance, too. As depicted in the image below this is surely one big accident, but we aren’t complaining.

Be sure to stay tuned for the latest festival announcements and lineup leaks! 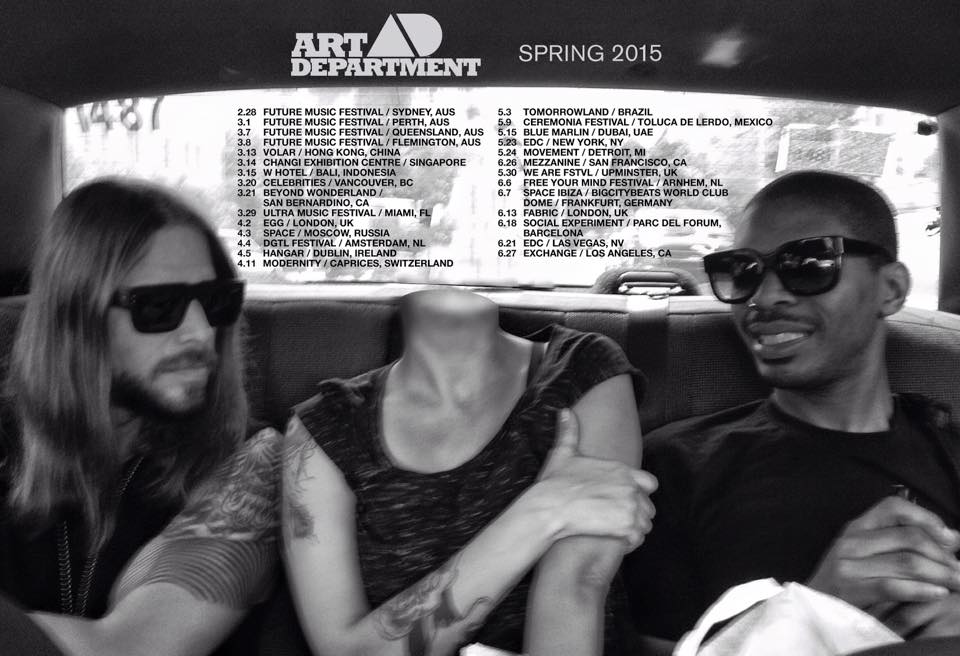