Say It Loud will be accompanied by a massive nationwide tour visiting most major and small cities in the US as well as a few in Canada, along with a very special show at Red Rocks in September. The newest single from the album, “The Anthem” featuring Mike Avery, dropped the other day on Billboard, and it’s exactly what we wanted from Griz. The combination of children’s voices and the funky grooves of Avery, alongside the always present sax is just a funk-fueled journey that’s absolutely delicious.

For this record, I first went out to New York to record with some of the Daptone Records guys to get the main groove of the tune.. Then I had to travel out to Van Nuys to record a children’s choir, which was the most nerve racking thing I have done in my entire life! Having a group of 7-11 year olds sing your song is quite the feeling. I then finished up the song with Mike Avery in Chicago. He was one super soulful dude and really captured the Golden Era funk vibes that I love so much. Overall, this is a song that is a total funk dance party. Enjoy with friends, preferably in a room full of disco balls

General on-sale tickets for the tour are available now, and more information/event info for all dates can be found HERE. Full tour routing below! 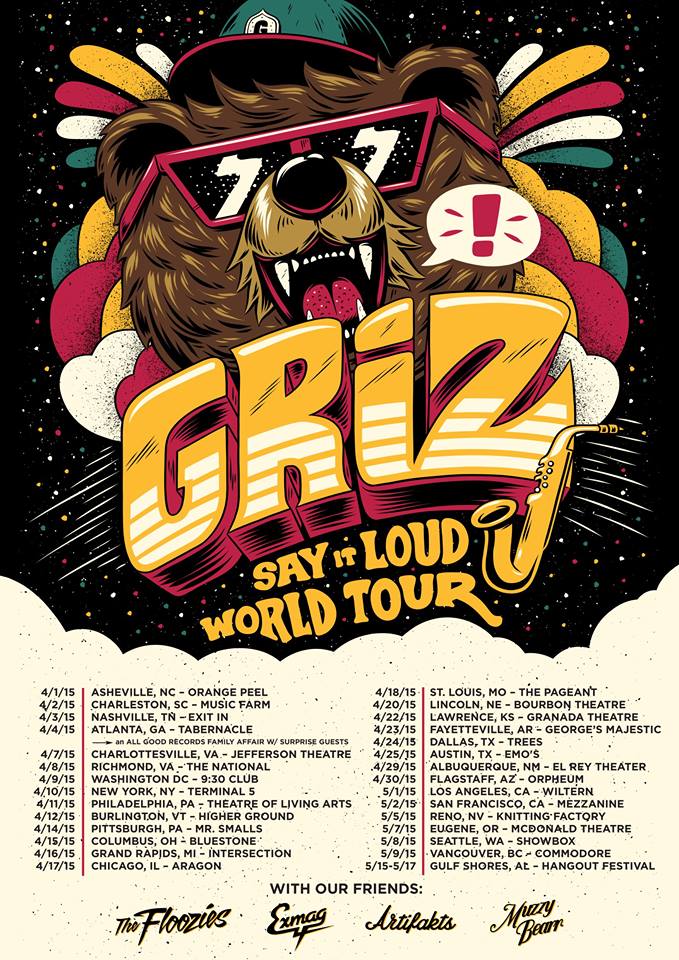 Flume Talks Candidly About His Rise To The Top

Flume Talks Candidly About His Rise To The Top