UPDATE: While Icicle will be involved in a live tour, I misread the press release. The Aus/NZ leg of the tour will just be a DJ set. You can find the additional live dates below.

Icicle’s Entropy last year was a phenomenal achievement. Releasing an album among the likes of State of Mind, Ulterior Motives, Nu:Tone and others last year, no one in their right mind would say that DnB is having anything short of a stellar comeback. This year, too, we’ve got albums from The Prototypes, Reso, Bachelors of Science, Atlantic Connection, and more. But that’s wholly beside the point.

Though, rather than have a full band set up like the ones listed above, Icicle will employ an assortment of controllers, live synthesis, sequencing and analogue mixing.

There is no digital audio workstation involved and I cannot simply press play and take a step back.

Music on the tour will feature a lot of content from Entropy itself, as well as a host of music from his earlier career, including some live improvisations, too. Additionally, the whole tour will be hosted by MC Skittles. Unfortunately, the tour is only for Australia and New Zealand at the moment. Hopefully we’ll be able to see it in the states as well soon enough.

“A question I hear all to often these days is ‘What is the future of DJ’ing’? Entropy Live is my answer. Bringing what I do in the studio directly to a stage, I think, is the new way of communicating my music with my fans. Entropy Live is based on hardware, controllers, live synthesis, sequencing and analogue mixing. There is no digital audio workstation involved and I cannot simply press play and take a step back. Sonically the show is a re-imagining of my album Entropy with some additional music from my earlier career and live improvisations. I think this show is about technical excellence as much as it is about depth, and Skittles is the embodiment of that sentiment holding a microphone.

In addition to the audio there is video curated in collaboration with ‘Immanent VJ’ Drew Best. We’ll see musical events paired up with visuals using pioneering midi synchronisation. What you see directly correlates to what you hear and when the music stops, the visuals stop. Ultimately, I want to show how my music is made, I want to show what the process looks like both physically and in my mind. But the main aim of all this is, as always, to make people dance!”

Check out the teaser trailer for the tour below. For full tour dates and everything Icicle visit >> https://www.IcicleMusic.com 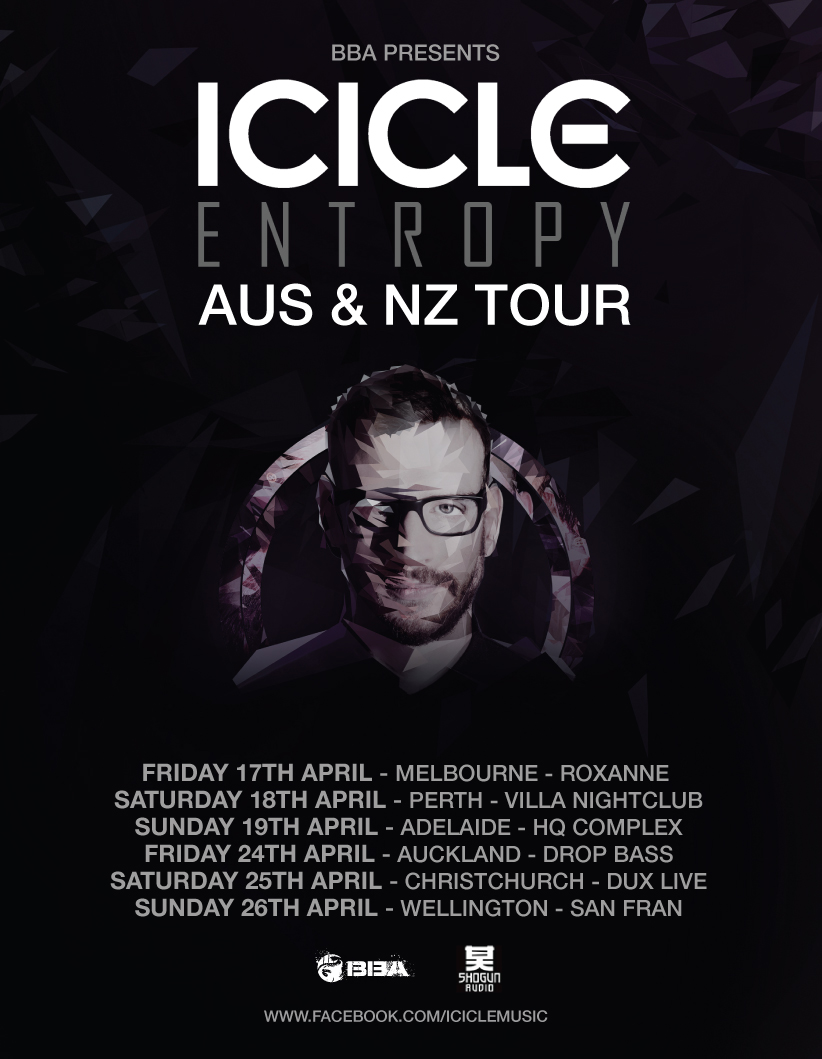 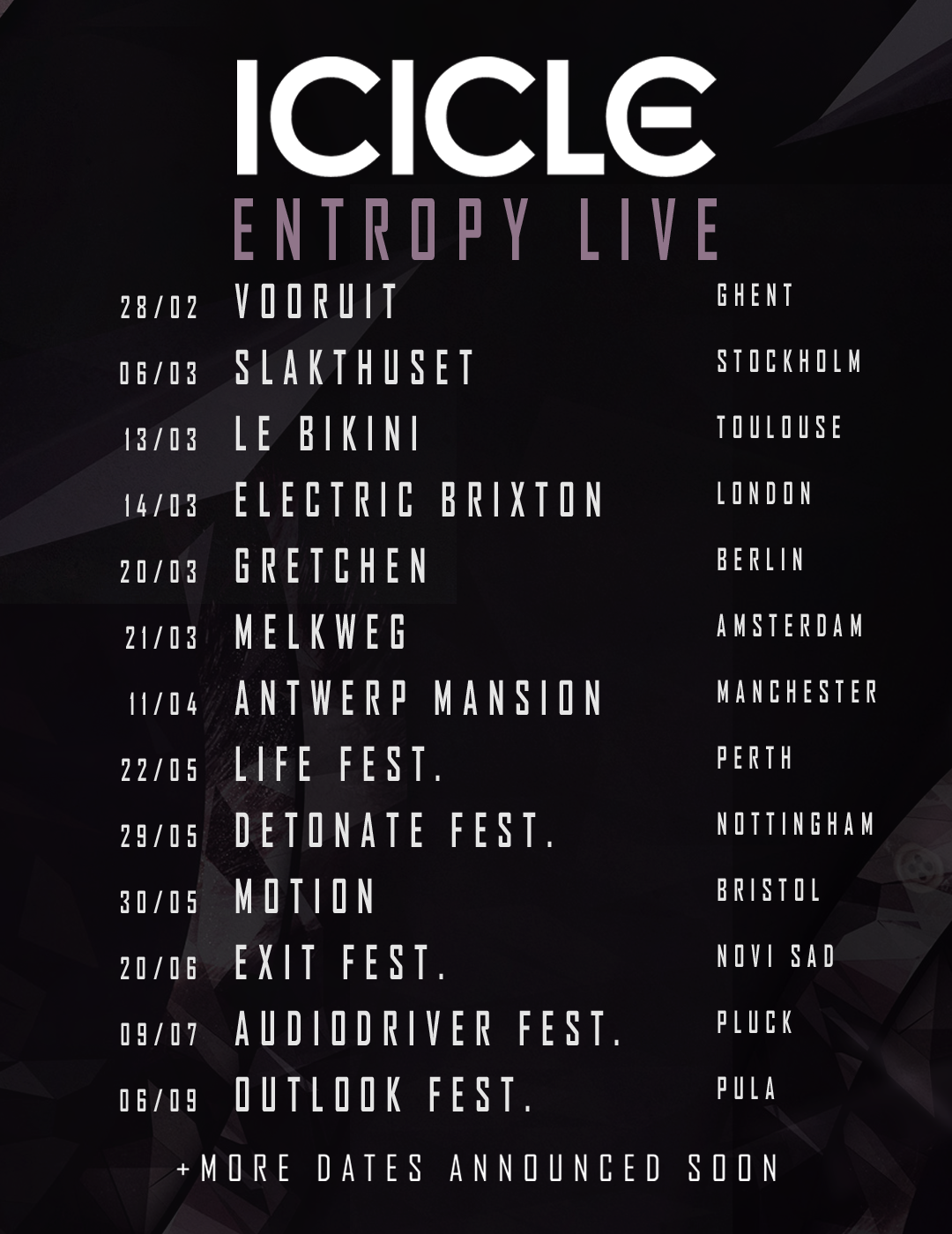