3 Things You Need To Know Before SXSW: Too Future, Moving Castle, and Mark Johns.

by Your EDM Staff
in EDM News, Featured, Free Download

This year’s SXSW is packed more than ever with amazing music, underground artists, and unique parties that are sure to usher in trends that will be followed for the rest of 2015. There are so many activities, lectures, and parties to choose from, but I want to draw your attention to a special one taking place on Wednesday March 18th.

Too Future and Moving Castle are joining forces to throw a great little party that carries with it a quintessential sound I can only describe as “too future”. That exciting future bass popularized by artists like Jai Wolf, Hotel Garuda, Mark Johns, Robokid, AOBeats, Manila Killa, Yung Wall Street, and many more. Singer Mark Johns has a beautiful voice that fits over these futuristic beats like it was pre-destined by the divine. It isn’t just me who feels this way, she is also Skrillex approved: 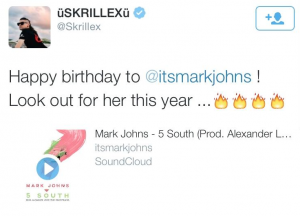 The name for Too Future. came about last year when the well-respected DJ Shadow was kicked off the decks mid set at club Mansion in Miami. Promoters approached him in the booth and asked him to play the kind of music they thought the crowd wanted to hear and told him that his bass-driven selections were “too future”. DJ Shadow picks up the mic and addresses the crowd: “They say you all want that house music back on right?” The crowd immediately yells “NOOO!” as DJ Shadow turns back on the rattling bass and continues his show as planned. Crowd members can easily be heard screaming “FUCK MANSION!” and “FUCK THIS PLACE!” clearly showing their disdain for anyone wanting Shadow’s performance to end. Shadow was approached again, exchanges a few sentences, picks up the mic and says, “Miami I just want to say I respect you. Y’all created the bass. I’ve waited a long time to play here but they’re saying this shit is too future for all y’all…” and walks off stage. An OUTRAGED crowd continues its angry shouts “FUCK YOU! THIS IS NOT MY MIAMI!” as a less bass-heavy track is immediately put on to keep the party going. A move like this is incredibly insulting to a DJ of Shadow’s stature, and also to the members of the crowd who paid good money to see him at work. This created quite a ruckus in the EDM world and many people shared a laugh over the video a smart fan was lucky enough to catch:

Since it’s inception last February 17th 2014, Too Future. has become a well-respected collective and voice of the future bass genre. Working hand in hand with electronic music producers in the Moving Castle collective, they are perpetuating a sound and type of music that is in a league of it’s own. Curating their own playlists to spread the latest and greatest music made in the genre, they have given audiences a reason to be excited about Too Future Thursdays and the week’s hottest tracks. Their Guest Mix series has also seen 23 great artists come through to try their hand at the too future and all forward-thinking sounds for their audience.

Moving Castle is an artist collective trailblazing the path all future bass producers look to for inspiration. With an arsenal of amazing artists they, along with Too Future., are propagating a sound that is sweeping the nation and catching everyone’s attention.

After Skrillex introduced Mark Johns to the world via his Twitter, it wasn’t surprising to see him repping the highly coveted, totally sold out, oh-man-I-wish-I-had one MVNGCSTL long sleeve tee on Holy Ship to further his endorsement of the collective and future bass movement: 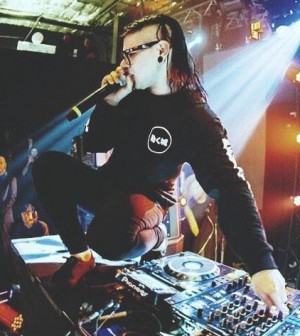 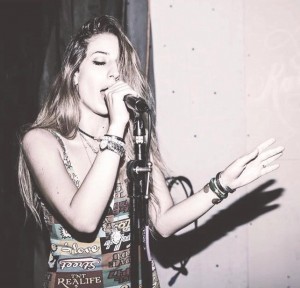 On top of being one of Skrillex’s first Selections in 2015, Mark Johns also lends her voice to many of the amazing Moving Castle artists when she’s not making tracks of her own. She has recently joined the collective’s arsenal of amazing artists and her voice was the missing piece they didn’t know they needed until they found her. She will also be performing along side Migos, OG Maco, A-Trak, Lido, and many others at the Biz 3 SXSW show Thursday 3/19 at The Main at 8pm. A woman of many talents, this 21 year old can write, sing alongside the games hottest rappers, and make Skrillex fanboy hard more than once on his social media for her talent:

All of these amazing artists and great eyes for talent are coming together for one massive SXSW party Wednesday March 18th from 11-5pm. Musx presents a Too Future x MVNGCSTL showcase that will have Icenhauers absolutely packed for 6 straight hours!  For more information, free RSVP, and a chance to win one of those sold out, awesome MVNGCSTL tees everyone is wearing please go here. 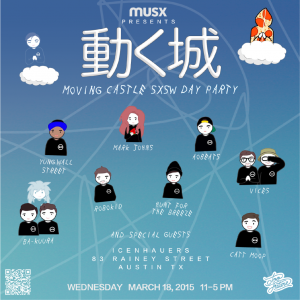 The latest Too Future mix