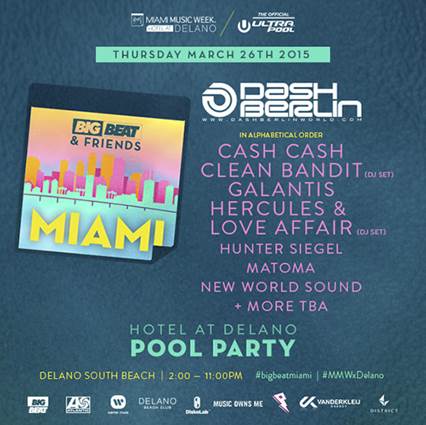 In conjunction with the Miami Music Week party, Big Beat is also releasing its 2015 Big Beat Ignition Miami Sunrise/Sunset Compilation, featuring original tracks and remixes from established house favorites Hot Since 82 and Rudimental, to up-and-comers such as Attom, Elgot, Muzzaik and Fatum. Check out the track listing below and click the soundcloud to listen to “Hypnotik,” a minimal house track by Dutch producer JoeySuki featured on the compilation.

The compilation will be available for download from Beatport on March 23rd.