Counterpoint Music Festival has released an official statement on their Facebook page claiming that the event is in fact not cancelled. This does contradict what artists, managers and vendors have been told as can be seen in a screenshot acquired by EDM.com below. We are currently awaiting a better explanation concerning the situation, we will update this article once we do.
Here is the statement Counterpoint posted on their Facebook page:

Despite the rumors, we are happy to report that CounterPoint Music Festival will not be cancelled and will take place over Memorial Day Weekend (May 22-24, 2015) as scheduled.
But that’s not all, we still have plenty more exciting additions to the ‪#‎CP15‬ experience (including additional talent!) so stay tuned, grab your friends, and meet us at Kingston Downs for the party of the spring!

Here is the screenshot of emails sent to vendors: 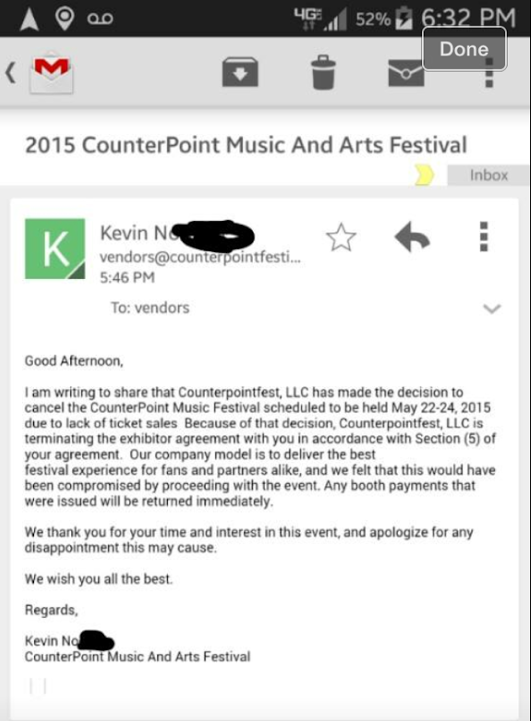 A possible factor that may have played a part in this cancellation is the simultaneous occurrence of Sunset Music Festival in Tampa, Florida on the same Memorial Day weekend. Although a significant 7 hours apart (driving), the powerhouse headliners Skrillex, Porter Robinson, Armin Van Buuren & more were sure to keep party-crazed Floridians at home, and maybe even draw the more EDM-enthused Georgians.

Regardless of the true underlying reason, this is astonishing to us and comes on the heels of Future Music Festival announcing its last year. Why are music festivals disappearing? We hazarded a guess. 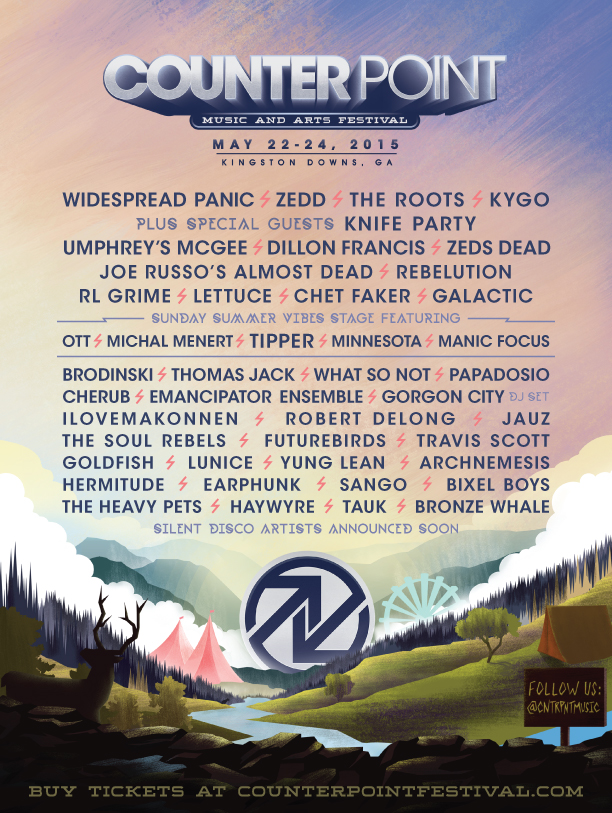