Vegas Banger Of Caked Up Arrested For Domestic Violence

UPDATE (5:12PM): We received a statement from Jeff/Vegas Banger:

“Unfortunately while I and my girlfriend Lauren were eating at a bar this past weekend in Tempe, Arizona the day after Wet Electric Festival, some unknown bar goers had approached us and started to verbally harass us. In being the bigger people, we decided to leave the situation by walking back to our nearby hotel. Heckling and harassment ensued as the bar goers followed us out. In being followed back to our hotel, an officer showed up and I was detained. I hope everyone would understand my intentions to protect my girlfriend of 11+ years and myself when random parties follow and threaten our well-being. In this situation, I am are sure that most would make worse decisions other than receiving a disorderly conduct ticket. I’m saddened that the wording of this article insinuates something other than the truth.”

However, we’ve received conflicting reports from both the original source as well as the Indigo Hotel. Upon contacting the Indigo Hotel, we were told that authorities were called to the premises in response to reports of “Jeff Saville acting belligerently toward a female companion.” This clearly contradicts the official statement from Jeff and his management as he was apprehended by police within the hotel following a call by hotel staff.

Your EDM received a tip from an anonymous source on Monday that Jeff Saville, aka Vegas Banger, one half of Caked Up, was involved in a “domestic dispute” at Hotel Indigo in Scottsdale, AZ after their set at Wet Electric on Saturday, and arrested late Sunday evening. Upon further investigation, we found evidence that supports our source’s claim, though we are still waiting for a comment from the Scottsdale Police Department and from Caked Up’s management.

The female companion was almost apprehended by police for “causing a scene,” but was taken away by private car. Saville was left behind and arrested.

This is a developing story and we will update you as more information becomes available. 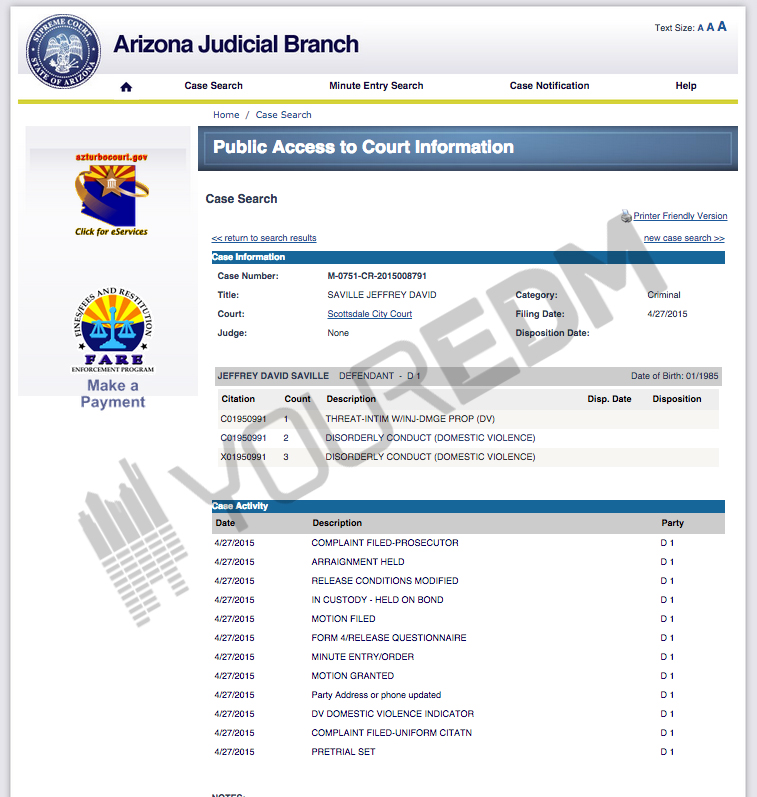