Drop whatever it is you’re doing and listen up, because Fort Knox Five is back! Forget about tempos, forget about genres, forget about any predetermined musical ideals you may have; what you’re about to hear is pure, unadulterated positive energy.

This is their first album since 2008’s Radio Free D.C., and the boys put in an immense amount of work to make sure Pressurize the Cabin would be worth the wait. Spoiler alert: it totally is. The album is both a follow up to their last and an evolution of that infectious Fort Knox Five sound; funk forms the nucleus while electro-soul protons, hip-hop neutrons, and disco electrons orbit the arrangement. There’s not a down note or a dull moment throughout the entirety of the album, a truly impressive accomplishment. It’s a non-stop party featuring some of the most groovy beats we’ve heard in quite some time. And the lyricism… oh, the lyricism. With the exception of the final track, ‘Mission to the Sitars’, each tune is graced by the vocal stylings of an expert wordsmith.

While their former album was focused on highlighting talent from the group’s home of Washington D.C., this new release has much more of a global scope. Over the last several years, the group has traveled across 30 countries and 5 continents, forming friendships and musical bonds with some of their favorite artists. Several of these are featured on Pressurize the Cabin, like Mustafa Akbar, Vokab Company, and Sleepy Wonder of the one & only Thievery Corporation. As co-creation was an important part of making this album a reality and we don’t want to leave anyone out, we’ve attached a full list of collaborators below. 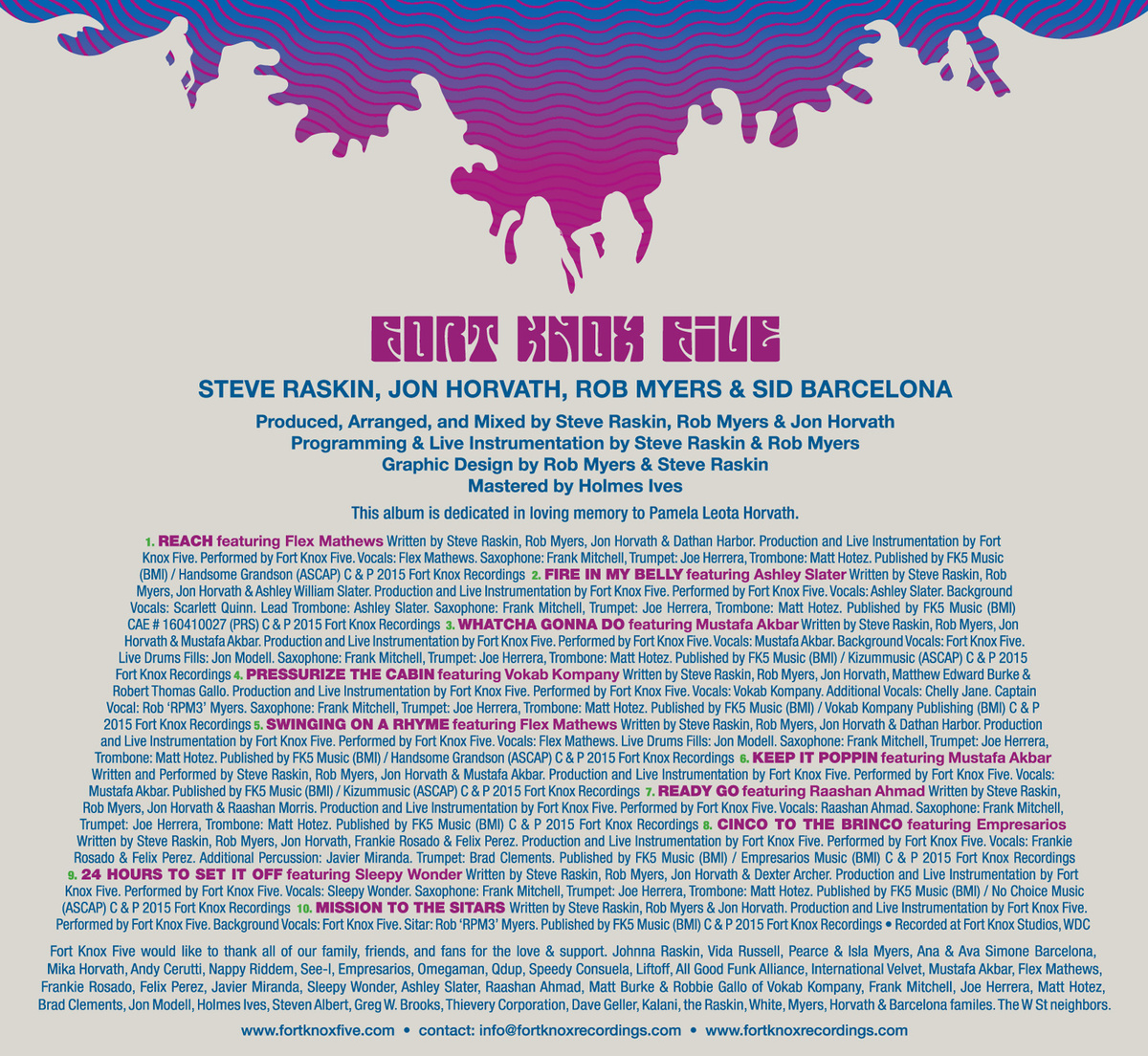 To sum it up, this album is a must-listen for music lovers everywhere. Fort Knox Five outdid themselves and there’s a little something for everyone here. Pressurize the Cabin has been released via their own imprint, Fort Knox Recordings, and is available for purchase on the label’s Bandcamp. Check out the full stream below and make sure to grab a copy if you’re feelin’ the vibes!

But, wait, there’s more! If any of you funk addicts out there are located in Los Angeles, you’re very much in luck; FK5 will be headlining the Boogaloo Mountain Jam after-party tomorrow night at King King! And the support crew is looking mighty fine as well: Henry Pope, EVeryman, Father Bear and more will all be throwing down. The full lineup is below and you can RSVP to the event here. To get an idea of the shenanigans that will be ensuing, check out this stellar recap video of last weekend’s beautiful festival, courtesy of Bayview Drive Films. One thing is certain, the Dirty Beetles know how to throw a party!

Vegas Banger Of Caked Up Arrested For Domestic Violence