In the current state of EDM, several genres are clouded by monotony and thoughtless imitation. If you’ve been a fan of electronic music for a decent amount of time, you’ve probably heard the phrase “dubstep is dead.” While any phrase like that is incredibly ignorant, these negative stereotypes certainly arise for a reason, and today’s depressing, hackneyed synth production that pollutes certain genres – mainly house – does nothing but encourage it. That’s why artists like Midnight Tyrannosaurus keep hope alive for the future of computer music.

Hailing from Tampa, Florida, Jason Figlioli has utterly changed the game with his maniacal twist on dubstep. His masterfully crafted, and downright weird synth production make you question if your ears are working properly. As you squinch whilst uncontrollably bobbing your head to one of his demonic tracks, you realize that this could be the filthiest sound design you’ve ever heard. 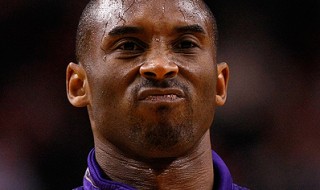 This sort of unique production is rightfully lauded in the EDM community, as Midnight has been supported by renowned artists such as Excision, Cookie Monsta, Figure, and many more. Affiliated with independent platform DUPLOC, he brings an extremely distinct approach to an already diverse collective. I spoke to him about his filthy production quality, and what the future has in store for this up-and-coming superstar.

In the current state of the EDM bubble, genres are polluted with copy-and-paste synths and overused production styles. What inspired you to make such a unique sound design?

Honestly, the movie/game samples are my main inspiration to stay unique. Whenever I open FL to start a track, the first thing I do is think of a theme, kind of like in the film industry when the director reads the script and begins to put together the idea in his head. The only difference in my case is that I imagine a sound that correlates to the feeling I get when I hear the sample. A good example of this would be my track ‘The Good, The Bad, and The Gecko’ which sampled one of my all time favorite game series’ growing up – Gex. I had to make a bassline that fit his signature tail slap attack, so that when people who are familiar (or get familiar) with the series listen to it, they can’t help but sit back and relive the classic moments in the game in a completely new way. I feel like it makes listening to music more fun, instead of just head banging along to the next track on the news feed.

Your collaborations with Dubloadz give me a case of angry-face for a few hours each time I listen. Can you tell us how that partnership came together?

(laughs) We had a blast making all three “Loadzasaurus” tunes! Our first collab ‘Hoggin’ was started right after we swapped tunes for the first time, and realized how much we enjoyed each others stuff, and it was wrapped up in an equal amount of time. ‘Wolf Pit’ was definitely the most fun to make of the three. It was shortly after we played together for the first time. I went to his place with my homie Algo, smoked a couple, and then right before getting fully into the sample hunt I got a snapchat from my best friend Chris (shout out to Wikidill!). He was watching The Wolf of Wall Street, right at that hilarious scene where John Bernthal’s character yells “EY MA WE GOT CHICKEN OR WHAT?!” So I immediately pulled it up on YouTube, ripped it, and dropped it into the tune. As soon as I hit play and heard the sample before the switch, we instantly paused it, making mad rewind noises and laughing our asses off. We proceeded to laugh about it for the rest of the week. Didn’t take long to finish after that day as we were both ridiculously stoked to jam it out, so we wrapped it up quick.  Soul Scraper was definitely the longest collab though. We spent a couple months working on that, since it was getting released on the album in the same section as the rest of the ‘Souls tunes’. I wanted to make sure it stuck to the overlaying haunting theme I laid out for the game. That took a considerable amount of time, since our styles are pretty different individually, but we found a really awesome middle ground to keep it scary with that savage ‘loadz’ bounce. We couldn’t believe how similar we got our basses to sound to each other; I still challenge people to this day to tell me whose basses are whose.

How did you get involved with DUPLOC? What made you want to work with their diverse platform?

Duploc has been a great supporter of my stuff for a few years, uploading various wobbly tunage from my I Am Audio release and various freebies, but us working together was a really simple process. He hit me up asking if he could release a tune on a compilation, and I was fully down! I gave him my collab with Wikidill titled ‘Nocturnal’. Definitely a cool guy and has a real solid channel!

What does the rest of 2015 have in store for Midnight Tyrannosaurus? When can we expect the next edition of Midnight Snacks?

2015 is definitely going to be a bit slower than last year in terms of getting tunage out to the public. Last year I didn’t get as many awesome opportunities to travel as I have this year, as I managed to get way more tunes done way quicker. Traveling without a laptop cripples my productivity, unfortunately, but ‘Midnight Snacks Vol 2′ is well under way! I’ll be releasing it around Christmas time this year. Outside of that I have the ‘Midnight Snacks Vol 1 Sweet Tooth Remixes’ coming out in July featuring 18 remixes of various tracks from Snacks 1 from some good friends/madmen like Figure, The Frim, and Phiso. I also plan to release plenty of free singles and small EPs in the meantime! I have a pretty big opportunity with my dream label on my plate, but I can’t quite talk about that one until it’s set in stone.

What was it like playing at Webster Hall? If you could play any venue in the world, where would it be?

Webster Hall was great! I was absolutely honored to play on a stage with so much history! Plus small underground vibes are the best, especially when the whole crowd is one big family. Much love to the Basshead squad! But my dream show to play is easily Rampage, the fact that there’s a bass event in existence that pulls over 15 thousand people is absolutely mind boggling. Playing there is definitely a huge goal of mine.

Your songs feature some extremely interesting sample sources such as Dark Souls (made me a little too happy) and Freakazoid. How do you come across these fresh, inimitable ideas?

Its all in the noodle bro! I think about what people like, and what people get a nostalgia trip over. Then I take that thought and put it in a blender with some basses, and pour that milky mixture into FL Studio. Then other times I just go on a spree of sampling things that I just love the shit out of (like the Souls series!).