Your EDM Exclusive Interview with Modestep: On Their New Album & Crafting The Perfect Live Show 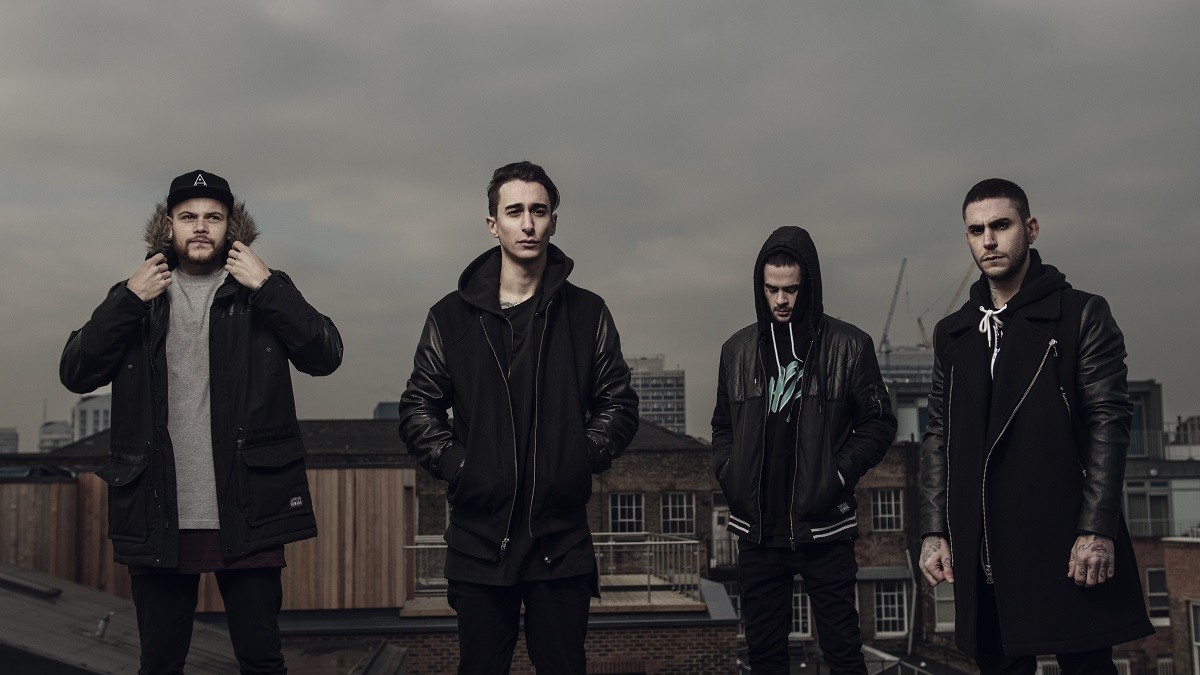 It’s been a little over two years since Modestep released their debut album, Evolution Theory. Fans of the group would know them for their first few EPs, featuring major tracks on the album; but the release ultimately fell short as fans felt a little bit of a disconnect between the EP singles and what seemed like filler music on the rest of the album.

Nevertheless, the band — and yes, Modestep is a legitimate band, as well as production/DJ group — toured relentlessly, averaging 300 shows a year in various countries and at clubs and festivals alike. Without a day off in their busy touring schedule, they worked relentlessly at their live performance and perfected it.

I first saw Modestep at their first-ever live show in the US, in Los Angeles at The Music Box, in December of 2011. At that point, they hadn’t even released one of their biggest hits, “Show Me A Sign.” It was a show of epic proportions and it remains to this day one of the best experiences I’ve had at a show. It’s sad that so many people will never know the immense pleasure of seeing Knife Party’s remix of Nero’s “Crush On You” played on live electric guitar.

However, as fate would have it, drummer and guitarist Matt and Nick would split from the group in January of 2013, and Modestep as we knew them released their last EP that February.

For nearly two years, Modestep was silent on the production front until this past January when they suddenly released their single “Snake”, followed soon by “Machines”. This was a marked departure from the poppy, bass-adjacent music of the last Modestep generation. This was gritty, punk-infused rock music with a twinge of electronic and it was awesome. The crossover lover in me was weak in the knees.

Modestep has spent the last year and a half in the studio, 16 hours a day, everyday. It was mastered in house — or rather, it was sent out to be mastered, and told there was nothing else that could be done to make it sound any better than it already did. With six producer collaborations, three vocalist collaborations, and plenty of tracks with their own vocals and mixes, this is an extremely diverse and well-crafted album that perfectly represents Modestep in their current state.

When I had the chance to interview the two founding members, Josh and Tony, I tried to leave no stone unturned. What I came away with was a lot of new information about the album, their process and vision for London Road, what lies ahead, what they’ve left behind, and the knowledge that these guys really love what they do.

You lost two members from the group, or rather, they left. How did that affect your creative flow?

Josh: It made it a lot better. That was kind of why one of them left, really. The studio vibe — I was going down one path, and I think he wanted to go down a more poppy, first-album vibe. We wanted to evolve and become what we’ve become now for this record. We [motioning to Tony] both have the same vision, and we just didn’t feel like he had that same vision at all.

Tony: The drummer never helped with anything anyway so –

J: Yeah, the drummer, he just slept and drank, and that was pretty much it.

Right, and that was… Matt, right? Is he still doing solo stuff?

J: Couldn’t tell you, to be honest.

T: I’d put my life savings that he isn’t.

J: Nick is doing bits here and there.

So your last album was composed of a bunch of different EPs before it — To The Stars, Sunlight, Show Me A Sign. This one was released as a single cohesive experience, what was the different mindset here?

J: Honestly it was the kind of record we wanted to make the first time, but we didn’t have the time to do it. When you first saw us [December 2011], from then on it was about 300 shows a year and they were like, “Cool, where’s the record?” and we said, “You haven’t given us a day off in three years.” We were just making it here and there; they’d ask for a song and we’d have a week to make it. They’d ask again and … the whole thing was really rushed.

T: A lot of it was just loops, so thrown together. It was like “Oh shit, loop that, okay, do the second drop, okay loop that.”

And you’ll continue to do the live improvisation as well?

J: Oh yeah, we’ll still be integrating that into our sets.

T: But it’s gotten a lot more original now, just because we have way more material. When you saw us, we only had about three tunes — Sunlight, To The Stars, and Feel Good. But we’ve got quite a lot of material now. There are still a few special VIPs and DJ bits.

This album is also a lot more rock/metal influenced. Is that as well because it was the record you wanted to make, or did the new members have a part in that?

T: I definitely think that was our intention from the start. But I think because we had toured for so long with guitars, it became part of our live sound. And we wanted to represent that on a record. People would come and see us play and be like, “That’s heavy.” We play a lot of rock festivals and they would hear the music and it wouldn’t necessarily match. We felt like we wanted to change that, make it so that when you come and see us live, what you heard on the record is similar.

What are the rock influences on this record?

T: On this record, we’ve got Muse, Rage Against The Machine, Royal Blood, Arctic Monkeys … just British rock. I know Rage are American but that riffy…

T: Just sort of the trashy British sound, and the vocals as well.

I heard a lot of Muse influence on “Feel Alive.” And you also have a lot of collaborators on the album. One track toward the end, “Game Over,” how many collaborators do you have?

J: Well that’s the kind of idea, grime has always been that way, we want to represent that. Usually when you hear grime in its natural habitat, it’s not like one MC over a song.

T: The standard grime thing in the UK that’s been going on for years and years and years is 16 bars back to back — that’s how it works. I know in America you have the one –

T: But yeah, we have six MCs because there are six different lots of 16 on there. That’s how it’s done in England and that’s what we grew up listening to and that’s just what we like.

T: Actually, at the time of recording, we only had a loop. So we just got them all in and said, “Cool, let’s let them do their thing.”

And Big Narstie is in the teaser video, right? He’s the guy driving the cab.

That must have been a really fun project to film.

J: It was really fun, and it took a long time.

T: It was fun, it was fucking stressful. It was tough, we basically flew our videographer Liam out from Australia to do it with us.

T: We didn’t have an infinite amount of time to do it so we had to squeeze this whole short film, basically, into three weeks. And it was day and night, you know, of locations and shooting, filming …

J: It was fun. We did it really on the cheap, the video cost us barely anything. There’s some really expensive looking shots of like bike riding, and it looks like it’s raining. That was all shot out of the back of a fuckin’ BMW, boot open and all.

Did you use any extras in the film? I know the guys on the bus must have been.

J: Yeah, them. The radio thing, those were all extras.

The guy at the market selling you the drinks…

J: Yeah — oh, no, that was all shot candid. I mean, he knew what was going on but he was the guy that actually worked there.