by Your EDM Staff
in EDM News, Events, Featured, Video

What do Knife Party, Galantis, Martin Garrix, Skrillex, & Kayliox have in common? Well they’re all performing this June 26th & 27th at one of the most spectacular venues in the world, the Gorge Amphitheater.

The festival is Paradiso and the vibes promise to be unparalleled if this trailer has anything to say about it. Placed in one of the most gorgeous locations for a festival in North America with a lineup that few modern electronic music festivals can contest, Paradiso is worth the trip for Seattle-ites and those extraneous to the Pacific-Northwest alike.

General admission tickets are rolling out for around $225 with the VIP “Celestial Experience” coming in at only $100 more – you can pick up your tickets here.

Check out the full lineup for Paradiso below, officially sponsored by Your EDM. 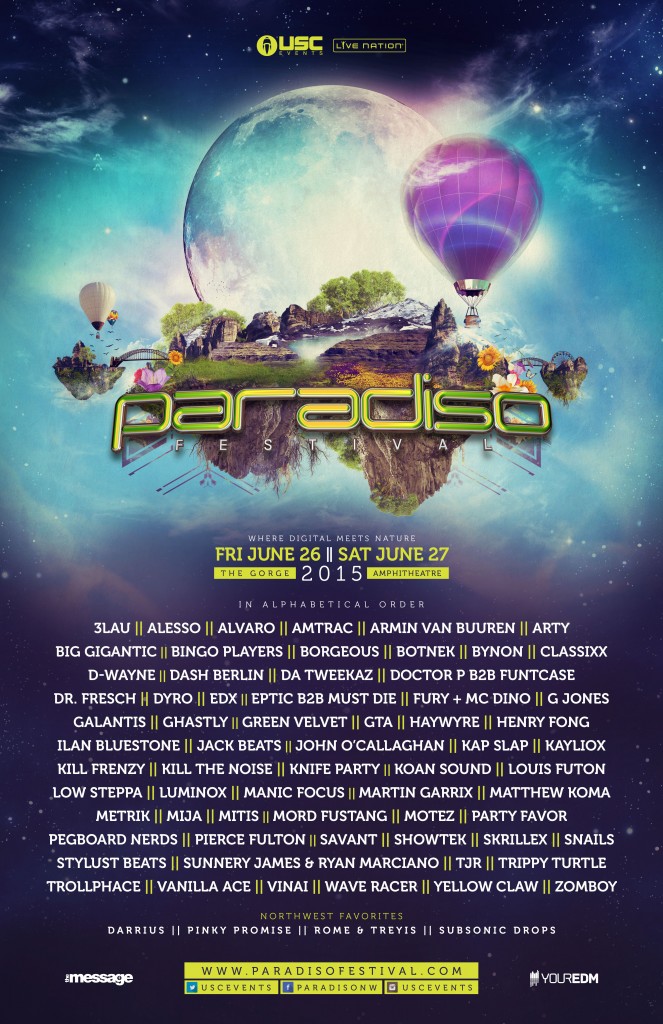