Electric Zoo Doesn’t Hold Back For Phase 1 of Lineup

Coming fresh off the heels of the euphoria from Mysteryland and EDC, New York’s only in-city festival has finally released the second wave of their lineup. If you’ve been following closely, Electric Zoo released daily teasers of their headliners on their website FollowMeToNewYork.com. So far, acts like Above & Beyond, Adventure Club, Ferry Corsten, Zeds Dead, Audien, and more have been announced. Now, Ummet Ozcan, Oliver Heldens, and Destructo and others will be joining the Made and ID&T run festival this Labor Day Weekend.

What’s important to note about EZoo’s lineup is not only its diversity, but the amount of talent making their debut as well. Artists like Get Real (Green Velvet & Claude Vonstroke), Galantis, Alison Wonderland, SNBRN, Jonas Rathsman and Black Tiger Sex Machine  are joining some familiar faces this year too. Stages will also be curated by Pete Tong, Thomas Jack, Awakenings, and Sunday School. 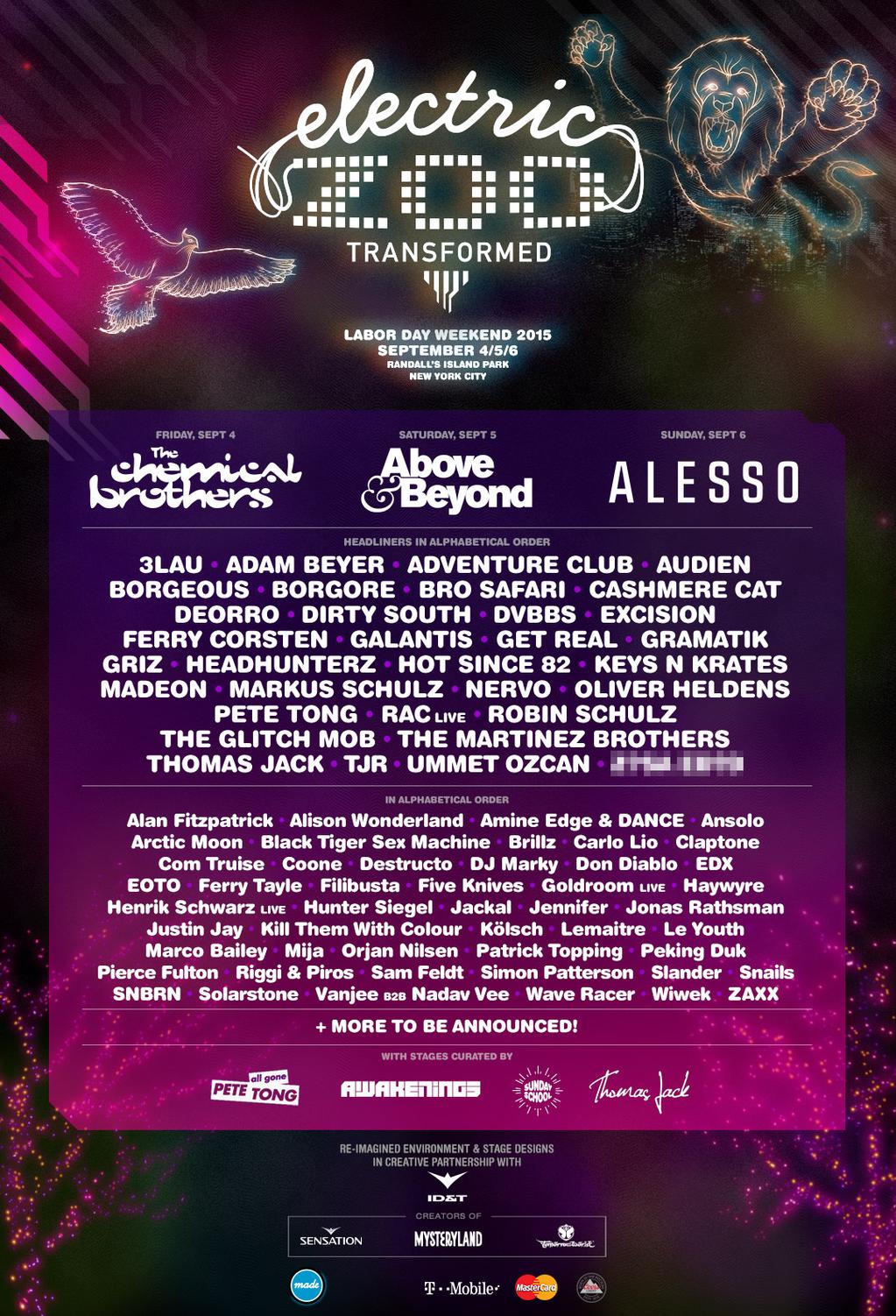 Major Lazer Announce Another New Album Is In The Works