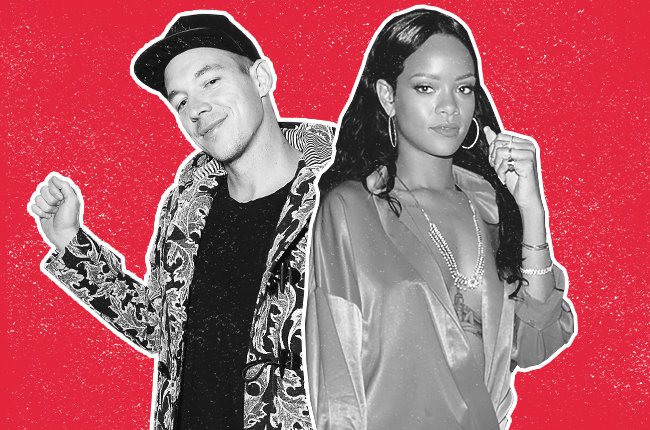 Rihanna Was Supposed to Sing ‘Lean On’ Says Diplo

An interesting piece of news has been uncovered about Diplo‘s work relationship with singer Rihanna, following an article written by Fader describing 14 songs written for Rihanna that were passed on. After it was posted on the publication’s Twitter account, Diplo replied, deciding to add another track to the list. Apparently, the vocals for Major Lazer‘s worldwide hit “Lean On” were originally written for someone other than MØ.

This call out reminds us of another interview held with London Evening Standard nearly two months ago, soon after Diplo and Rihanna had gotten back in the studio to work on an entirely separate track. In it, Diplo gave a brief account of their second encounter, showing his frustration after having been snubbed by the pop star:

I was in the studio with Rihanna two weeks ago, still playing the game. I was trying to convince her why she should do so-and-so, and thinking, ‘Lean On is bigger than any of her songs around the world right now. Why am I even sitting here trying to negotiate?’

Now that both of these incidents have been made public, it appears very unlikely that Diplo will be giving her another call any time soon. For Rihanna, refusing to work on “Lean On” may have been one of her biggest career oversights.