One of the most popular party cruises in the world, Holy Ship!, just unveiled their spectacular 2016 lineup for both departures at the beginning of next year. Split between January 3-6 and February 10-16, those who are lucky enough to attend will be exposed to the best rising talent around as well as headlining, dance music mainstays.

The first weekend will be lead by Kaskade, Dillon Francis, Flosstradamus, & Odesza and supported by a plethora of respected names from Griz to Tommy Trash to AC Slater.

In my opinion, however, the February departure takes the cake. Lead by the likes of DJ Snake, Chromeo & Porter Robinson alongside a very special RL Grime B2B Baauer set – Tchami, Justin Jay, What So Not, Jauz and many more promise to dominate the stage in support as well.

While most of you are either still sitting on a wait list or haven’t made future plans to attend yet, shippers departing this coming 2016 are in for the time of their lives. Check out the respective line-ups in full below. 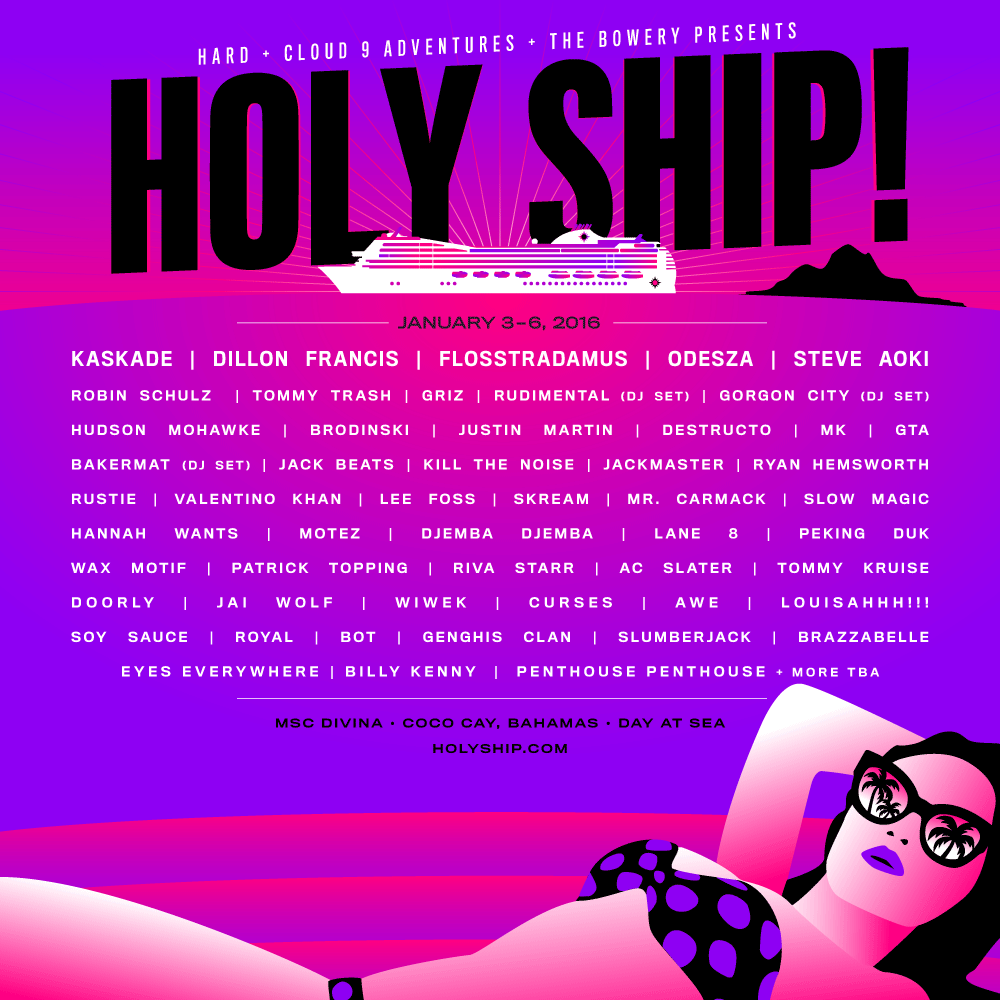 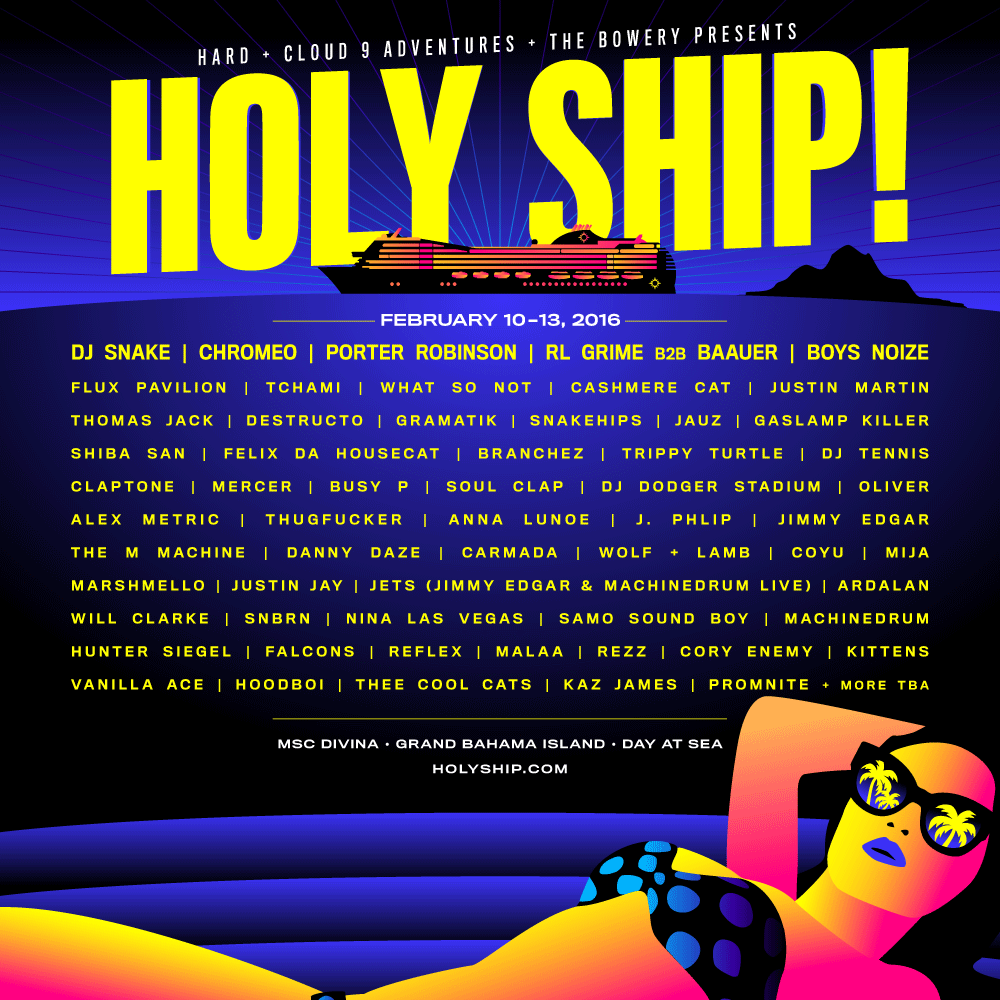