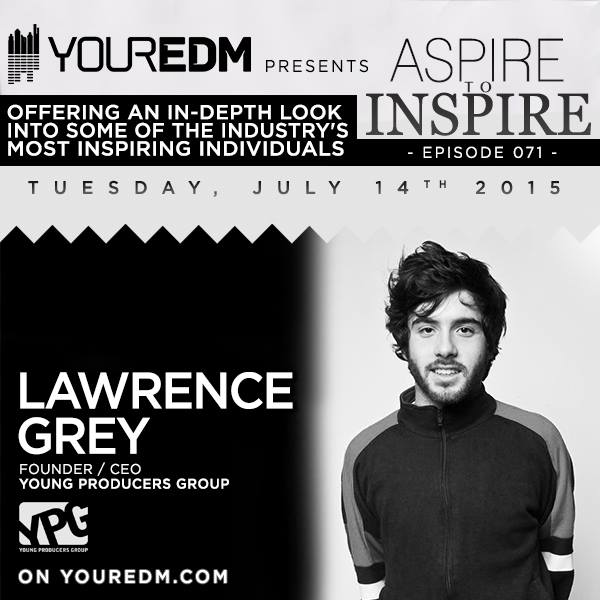 Ask yourself a question, when was the last time you struck up a conversation with someone from a different socio-economic background than you?  It’s okay to say you haven’t because, for the most part, people don’t break down that boundary that is hidden, and they don’t know it is there.  Lawrence Grey, the founder of Young Producers Group, asked me that very question, and although I thought about it for a second, it definitely left me speechless.  Lawrence wants to eliminate those boundaries through this YPG venture.

Imagine an after-school program that brings together kids of various cultural and demographic backgrounds to learn the nuances and art of electronic music production.  Not only do kids who wouldn’t normally have access to computers and production software get a chance to explore and expand their musical horizons, they are introduced to a new group of people, a new way of thinking, and a new way to appreciate individualism, through music.  That’s what YPG and Lawrence are all about.  This is the website’s introduction.

“Young Producers Group (YPG) is an electronic music education program that provides a creative community for youth at all skill levels to learn about making electronic music like Techno, House, Hip Hop, Dubstep, and R&B…With Ableton Live music software as the engine of this exploration, YPG is teaching kids all over the city how to make music in the styles they love.”

What led Lawrence Grey to launch this program and initiative?  As he puts it, it wasn’t so much of a career choice than it was a calling.  Like the majority of you readers, Lawrence is an avid fan of electronic music. It’s his religion, he says, and this is his opportunity to preach the gospel of music production to eager, young minds.  He says he views electronic music as a bridge between people of different socio-economic backgrounds.

The epiphany came when Lawrence, a Los Angeles native, was in college at NYU studying music.  During his senior year he volunteered at an Alternatives to Incarceration Center, which is basically like a court ordered after-school program for juvenile offenders.  Needless to say, he was not working with like-minded individuals, or so one might think.

As Lawrence puts it, ever since he stopped being a kid, he has wanted to work with kids and inspire them.  He noted that there really is no electronic music instruction available to kids in schools.  Not only did he want to address this need, he also recognized that traditional music instruction in schools has gone largely unchanged over the years.

“Just trying to create ultra-affordable music programs that fit the interests of the students and can bring kids from different worlds together.”

As Lawrence puts it, kids very much want to learn, but he feels that in the age of standardized testing, the relevance of education is sometimes lost upon students.  That’s yet another reason why YPG was created, to bring the attention to the kids’ needs, and bring them something that he feels is relevant to each student, and as always, brings together people from all walks of life.

Between running YPG and providing private studio sessions, Lawrence has even managed to find time to make a little of his own music.  He says he still very much has dreams of making records and playing shows, but for now, YPG is where the majority of his time is focused.  One of the toughest tasks Lawrence says he encounters is having to wear the hat of a businessman.  Although his background is in music and education, being the face of YPG requires him to constantly be thinking of how to keep his project moving forward and consistently marketing his brand.  As well, he’s working with other businesses and entities that also have their own agenda.  But like Lawrence says, he’s learning as he goes along.

For those readers in the L.A. area interested in YPG, check out the website at http://www.youngproducersgroup.com/.  All of Lawrence’s summer workshops are booked up, however, YPG is accepting applications for the fall.  YPG is growing, and it is making inroads all across Los Angeles.  He says he has plans for expansion, not just here in the U.S., but globally as well.  Places like Dubspot and Musicians Institute here in L.A. offer music education for adults at a price, but Lawrence and YPG are the only ones bringing electronic music education to youths.  So, are you ready to step out of your comfort zone and get inspired?

For a more visual account of what Lawrence does, check out this story Fox News (KTTV-Los Angeles) did on YPG.  To hear songs from YPG workshops in elementary schools and non-profits around Los Angeles check out the Lawrence Grey with Kids Soundcloud page.