by Your EDM Staff
in EDM News, Featured, Video

Ricardo Villalobos might not be a name that the average EDM fan recognizes, but after you watch this video, you won’t soon forget it. The Chilean DJ took to the mainstage at Leeds-based Cocoon In The Park festival much to the disappointment of attendees. In the below video you can see him take the time to make himself a drink and put on some flamboyant dance moves for those backstage – and there is even what appears to be a handoff of some sort – whether it be drugs, money, or something else we’re not sure. 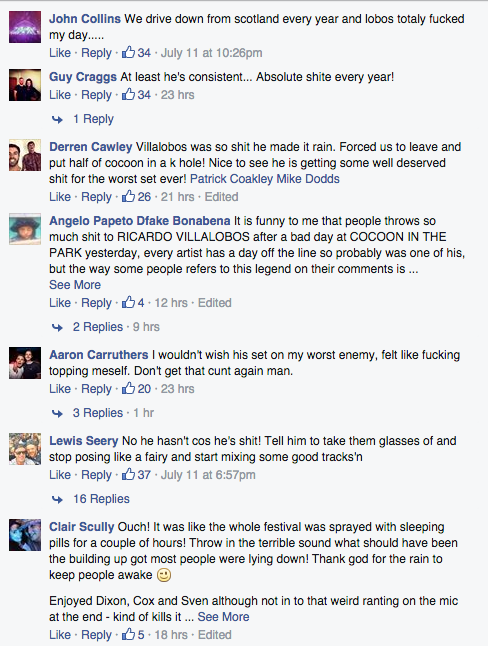 What’s starkly obvious, however, is that he is doing little to no DJing. Instead he simply cues up the next track, hits play, and then proceeds to turn his back on the audience to continue his backstage shenanigans. Sven Väth eventually comes to the rescue around the 10 minute mark, but Villalobos’ antics have lost him a lot of respect from fans & even from us here at Your EDM. Check it out below.