Once more, Stereosonic is changing the game when it comes to world festivals with this year’s lineup. This unique festival – which also doubles as an national tour over two weekends in November/December – announced the 40 artists that will be joining them Down Under this year.

Unlike many franchise festivals, Stereosonic’s artists play at all five shows – Sydney, Perth, Melbourne, Adelaide, and Brisbane – unless otherwise noted. This year, Armin Van Buuren, Diplo, Axwell Λ Ingrosso, and DJ Snake lead the pack in the 5 stages. Major Lazer, Galantis, Duke Dumont, Grammy Award winning artists Clean Bandit, Emma Hewitt, and Claptone will all have live acts too. Is it was last year, the festival does well to highlight the best in trance, trap, and house, but mainstage and Melbourne favorites like Will Sparks and Timmy Trumpet seem to challenge that to enjoy the spoils of home court advantage.

Tickets for Stereosonic start at $130, and pre-sale begin on July 27, in case you were trying to get a jump on an early Christmas present. Check out the full lineup below: 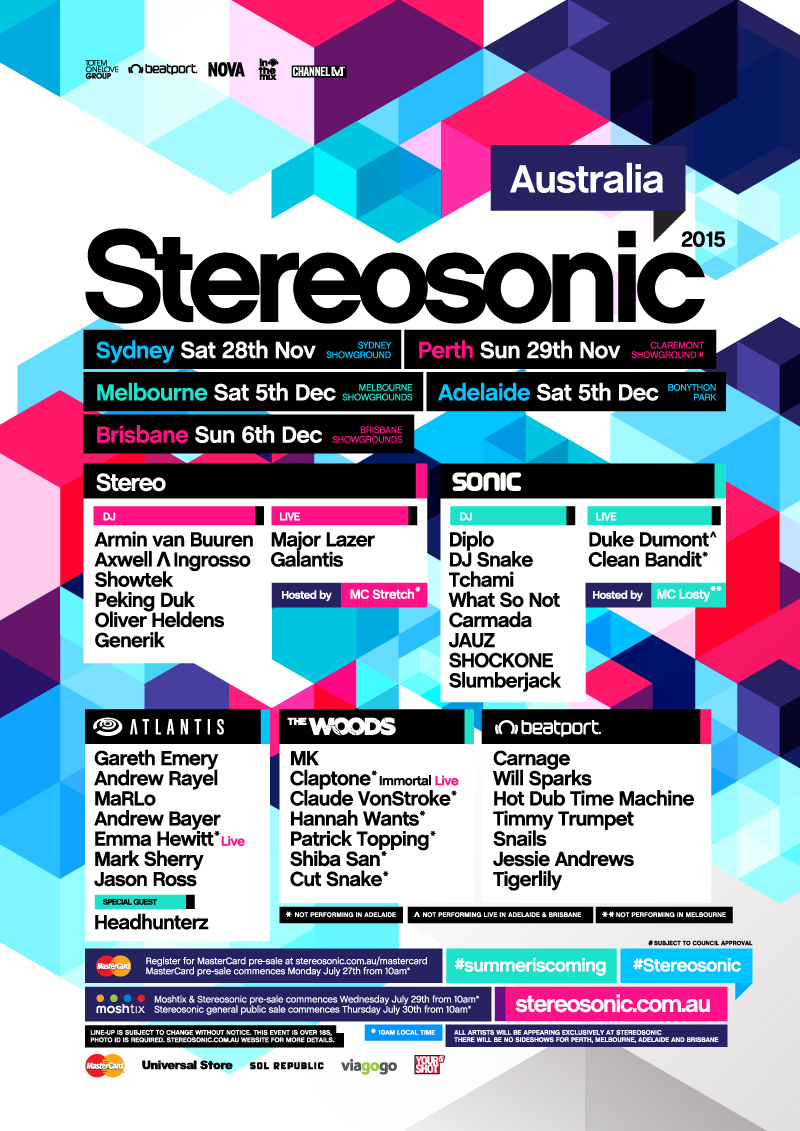