Since the announcement of Zedd’s massive True Colors tour, we’ve been waiting to see who would be joining him. While we all love Zedd, the supporting acts can sometimes make or break the tour. Remember when Zedd brought Classixx on tour in 2013 and was booed off stage?

I seriously doubt that will happen this year as his supporting acts have been announced to be Dillon Francis, Madeon, and Alex Metric, plus some very special guests. (We’re guessing vocalists from the album, among others.)

Tickets are available now on the tour website. But be warned, a pair of tickets, including fees, can run up to $150 in some locations. 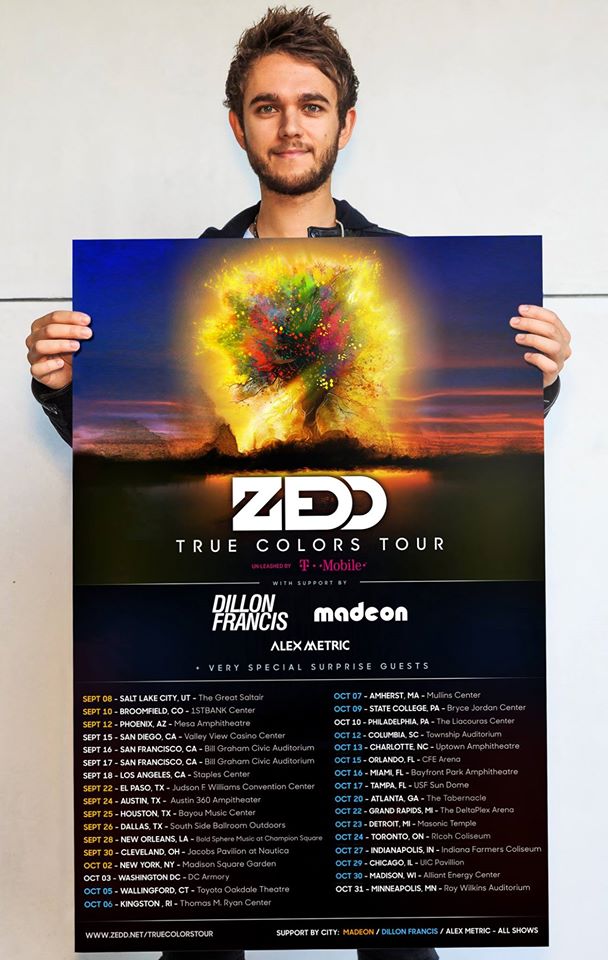