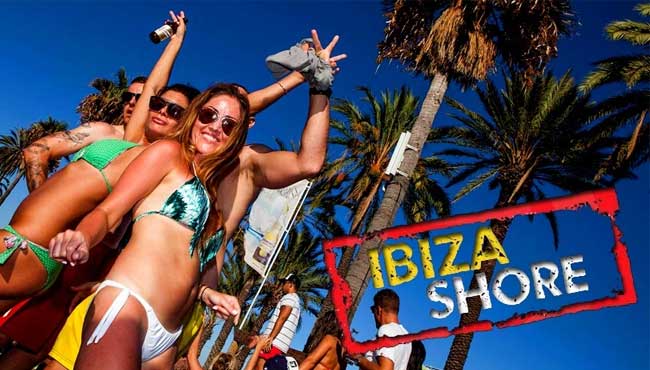 I used to think MTV‘s idiocy was confined to just the US; then I saw “Geordie Shore,” the Brits’ answer to “Jersey Shore.” Sadly, the popularity of the trashy summer reality show spawned an entire worldwide franchise, expanding as far as Poland (Yes,”Warsaw Shore” is a thing and it’s as terrible as you might think.)

MTV International is pushing the limits of its stupidity just a little bit further with “Ibiza Shore.” I guess it was only a matter of time until someone decided to ruin this sacred place, I just never imagined it would be with an international army of Snookies.

The cast of “Ibiza Shore” will be an all-star lineup of their most popular cast members from other locations such as Spain’s “Gandiá Shore,” Mexico’s “Alcapulco Shore,” and new cast members from Italy and Brazil. Think of it like MTV’s “The Challenge,” if the only challenge every week was to see how quickly the same girl could get wasted drinking tequila and kicked out of the club for trying to dance on the bar with no shoes on.

As Ibiza is a premier destination for the biggest names in dance music, it’ll be interesting to see if MTV can lock down any DJs on camera (but please, for the love of God, let them avoid it like the plague). I must say, as much as I hate the premise of this show, the FOMO is incredibly real, especially if these party animals get into nightclubs like Pacha, Ushuaia, and Space. Let’s just hope and pray that our favorite DJs ban “Ibiza Shore” from filming during their shows so MTV doesn’t get any more brilliant ideas like an “Electric Daisy Shore” spinoff or something.