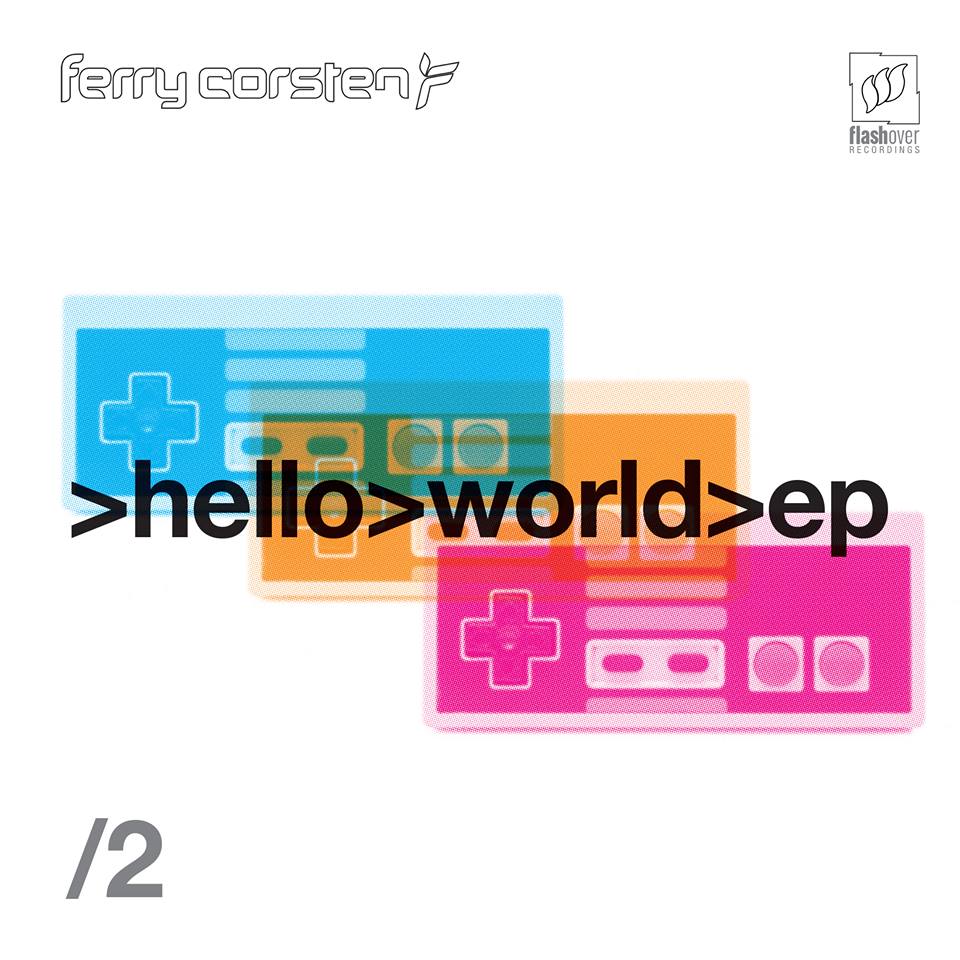 Music is cyclical. And if memory serves me correctly, then after house died down, trance became wildly popular. And while I’m not saying that deep house is dying out, it’s becoming more and more evident that trance is getting ready to take the top spot once more.

When I first spoke to Ferry Corsten this year, he promised that he could deliver three EPs in 2015, rather than a studio album. Hello World 1 successfully dropped in February, and brought back a lot of the classic trance elements with a modern twist. Added to the revival of his Gouryella alias, it was clear that Ferry was serious about this movement, and it would be the sole motivation for Hello World 2.

This second EP, which features four new tracks,  has the same overall ideas of the first, but takes a completely different approach. “Homeward” stands out amongst the pack, as it’s an instrumental, more progressive trance tune. Along that line, “Find A Way” is similar to the previous track, but the modulated vocals that are usually found in 90s house tunes are set against the brighter backdrop, providing listeners with a wonderful addition to their Sunday afternoon playlists.

But that’s not the only vibe of Hello World 2. Ferry still gives those high energy trance fans their fix with “Angel Dust,” and “Reborn,” which features a cool (and timely) set of interstellar samples for the vocals over the breakdown. Rounding out the EP are two familiar tracks with a new twist: the first is his rework of “Back to Paradise,” which does well by keeping Haris’ vocals and the piano melody, and the other is a summer remix of “Hyper Love” ft. Nat Dunn.

Overall, Hello World 2 can and does work separately from its predecessor, but together the two EPs build an even bigger journey. And with five months left in the year, Ferry has more than enough time to complete the final piece to this stunning puzzle.

Hello World 2 is available for purchase on Beatport & iTunes or for streaming on Spotify.