So let’s ballpark for a second – how much is the average VIP ticket to a major festival? Somewhere between $350-$750 right? That usually includes better viewing privileges and easier entry into the festival, among other smaller amenities awarded at the festival’s discretion. However, what if you wanted a a better VIP experience? And what if you had the money to blow on it?

Dan Bilzerian, infamous playboy and chauvinist, dropped $654,400 for his VIP experience at Electric Zoo this year. So what does he get with that amount of money? Well…

Dan gets his own private deck, built specifically for him, made to accommodate up to 200 of his own guests. The liquor alone will rack up almost $500k. Last but not least, he also has access to a “personal firework/pyro controller that he’ll be able to launch whenever he’s feeling that epic techno build.” 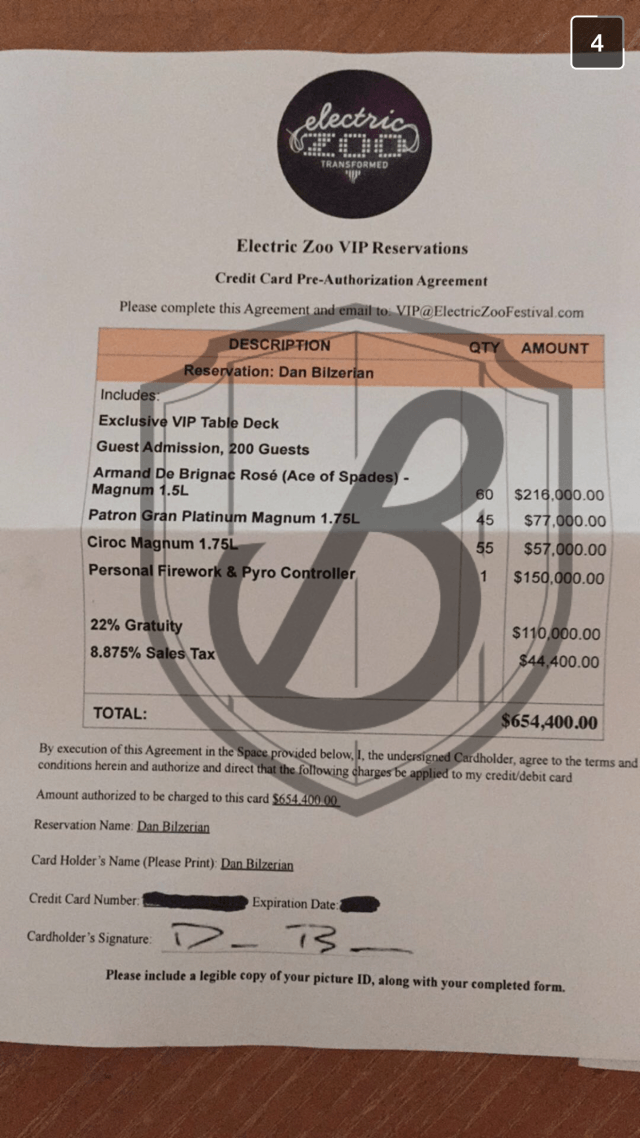 We’ve seen packages like this go for $500k at clubs in Vegas, but this is the first we’ve heard of something like this going down at a major festival.