Insomniac has a long-standing tradition of bringing their events to some of the brightest and best cities in the world. After dominating Las Vegas and Mexico City, Insomniac is moving south once more to Sao Paulo for the first EDC Brasil on December 4th and 5th.

EDC is the latest addition to South American festivals, as both Ultra and Tomorrowland have stakes in Buenos Aires, Argentina and Rio de Janeiro, Brazil respectively. EDC Brazil will take place at the Autodromo José Carlos, the home of the Formula One Brazilian Grand Prix. Its lineup continues Insomniac’s tradition of shifting away from traditional big room, bringing more trance and house acts like Kidnap Kid, Gorgon City, Amine Edge & DANCE, and Dash Berlin to the fans. Still, major headliners still include Tiesto, Krewella, and Martin Garrix who pull in major crowds all over the world. Bass and trap fans will be happy to see GTA, Dirtyphonics, Crizzly and Milo & Otis included as well.

Insomniac will bring three familiar stages to Sao Paulo: kineticCATHEDRAL, neonGARDEN, bassPOD, as well at the infamous Art Cars, which DJs frequently play surprise sets on throughout the festival. Two-day GA and VIP tix are available for $190 and $390 respectively for purchase here. 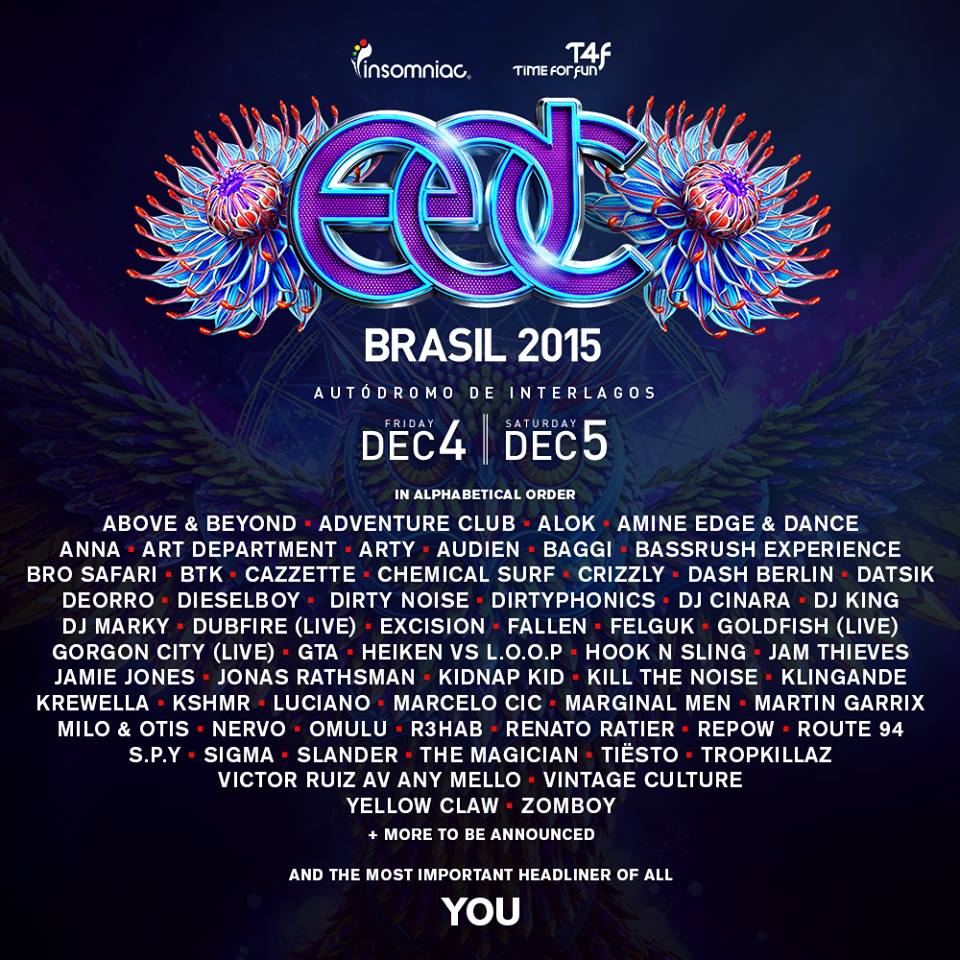