This past weekend I traveled to Salt Lake City, Utah to experience V2 Presents’ premiere summer festival…a SOLD OUT, Das Energi. Das Energi is held in the middle of nowhere about 30 minutes southwest of SLC at a venue called The Great Saltair. I learned that this venue used to be a 2-mile long amusement park before it was burned down in a fire (it caught on fire twice because it was made of wood). The current pavilion was built in 1981 and has been home to some of Utah’s biggest concerts.

Let’s just say Salt Lake City really showed this Indiana girl how to party. Little did I know that I would see so many of my industry friends in attendance as well. My friends traveled from all over the country – Seattle, San Diego, Portland, and Denver to name a few. Das Energi and the Salt Lake scene in general definitely have its own, unique vibe. If I had to describe the festival to someone who has never been, I would say it’s a mixture of Burning Man (there is a small stage set outside on the salt flats with art installations surrounding it) with Lights All Night (b/c it’s partially indoors) and SnowGlobe b/c there is a mainstage but it’s much smaller than a lot of other festivals. In all honesty though, you can’t compare this festival to any others because it was just so different. Overall, Das Energi felt very intimate and it was truly a worthwhile experience.

When I first arrived for my friend DARRIUS’ set at about 3:30pm, The Great Saltair was close to empty. Not to worry though because that was only 30 minutes into the festival. As the hours passed the SLC ravers began to trickle in. Next thing I knew there were hundreds of people at the main stage and they were all going really REALLY hard. Between 5-6pm, I made my rounds and got to experience the vibe at every stage. The indoor stage, aka “The Bass Chamber”, was exactly as it sounds…filled with a lot of bass music. It featured everything from festival trap and electro-house to dubstep and drum n’ bass. Even though I’m a big fan of dubstep and drum n’ bass, I surprisingly did not spend too much time at this stage.

Around 6pm, my industry friends and I made our way over to “The Basshive” stage, which is the one that was set on the beach/salt flats to see our friends Push Play perform. Push Play is an SLC-based trio that mainly produces house and techno; they won the Discovery Project for Escape: All Hallows’ Eve back in 2014. I had never listened to their music before, but after this past weekend I’m a big fan and I advise you all to check them out. They have just been signed to V2’s management division so you can expect to see them performing across the country very soon. Their set complemented The Basshive stage very nicely and everyone in the crowd was really into it. 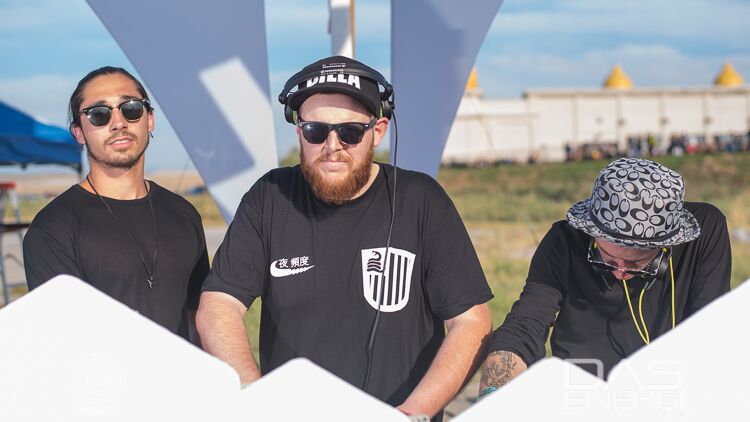 The Basshive was by far the most interesting setup I’ve seen at a festival. The grass turns into sand (it is actually mainly composed of salt), there were art installations everywhere (graffiti walls, art structures like ones you see at Burning Man, a mini stage where a straight play took place, etc.), tents where people could sit and enjoy music under the shade, a big sign that lights up and reads “DAS ENERGI”, a beautiful view of Salt Lake and the Rocky Mountains, and my favorite part…a tree in the middle w/ a bunch of pillows underneath so that you could be serenaded by the music and take a “nap”. Hence the obligatory “NapGirls” photo here: 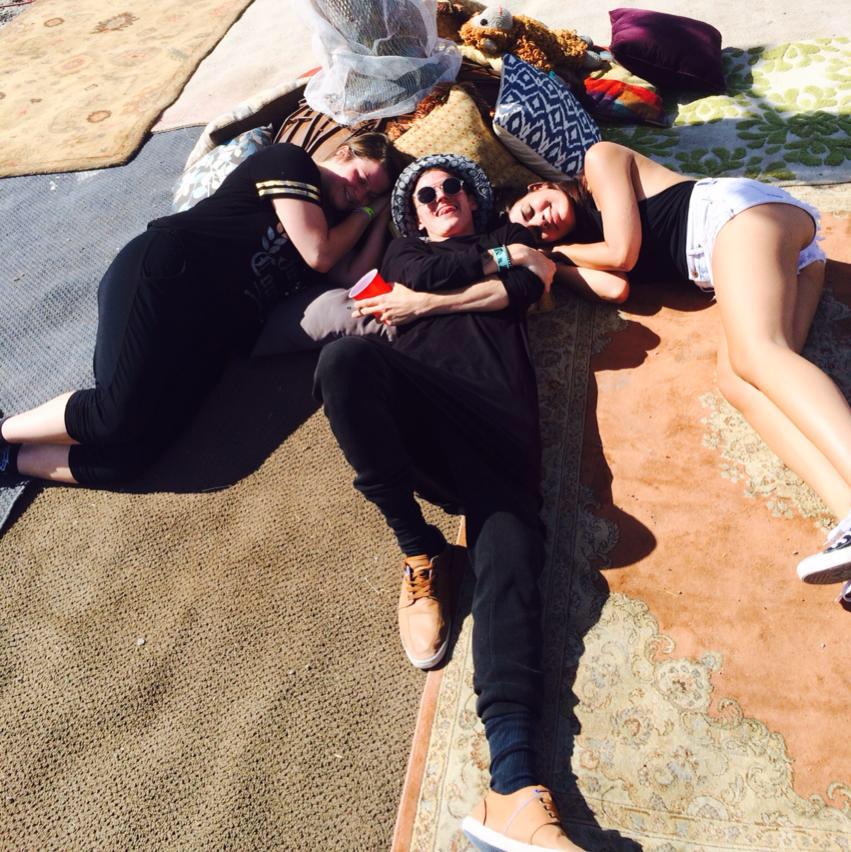 The most noteworthy set of the night for me was easily Seven Lions. I’ve always been a huge fan of his productions and DJ sets because they are so diverse and emotional, but this one was just phenomenal. He took me on a musical journey by mixing in most of my favorite genres – trance, psy-trance, dubstep, melodic dubstep, progressive house, electro house, etc. Since my friend is his VJ (video jockey), I watched his set from Front of House and wouldn’t have it any other way. It was awesome seeing the energy from both Jeff (Seven Lions) onstage and his VJ in FOH. Not to mention the visuals were incredible and V2 did a great job of utilizing a full set of lasers. 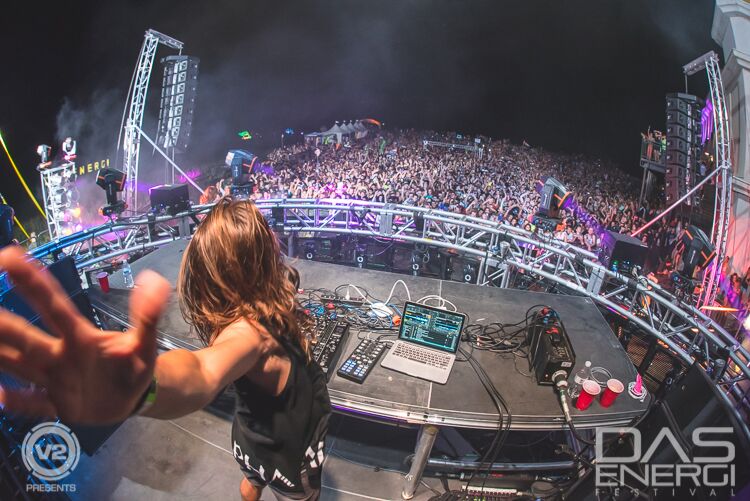 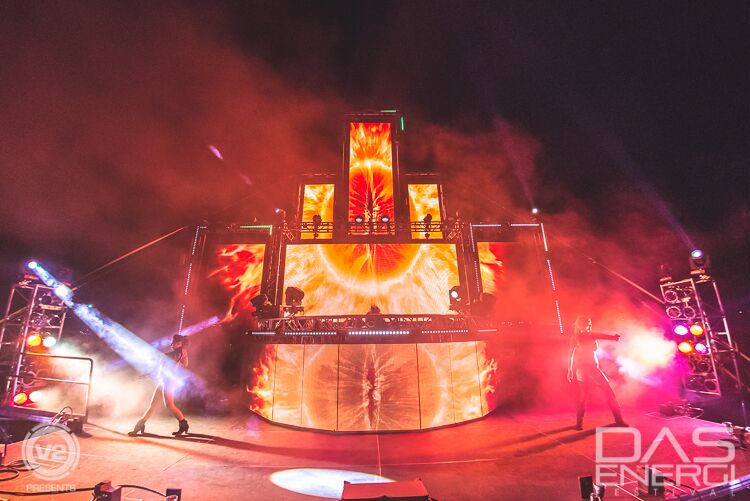 Das Energi’s grand finale occurred between 1-2:30am when Kaskade took the stage for a crowd of thousands of people. Even though Kaskade headlines an abundance of festivals, Das Energi in particular was special. Why? Because he has spent a significant part of his life living in Utah. First Kaskade was a student at BYU in Provo, Utah and then in 1992 he moved to Salt Lake City to attend the University of Utah. V2 did everything they could to make his homecoming a memorable experience. For example, they booked Late Night Alumni (Kaskade’s former band) to play right before his set (this literally never happens), and at the very end of his set, Utahians were graced with a massive fireworks show. It was definitely an unforgettable finale. 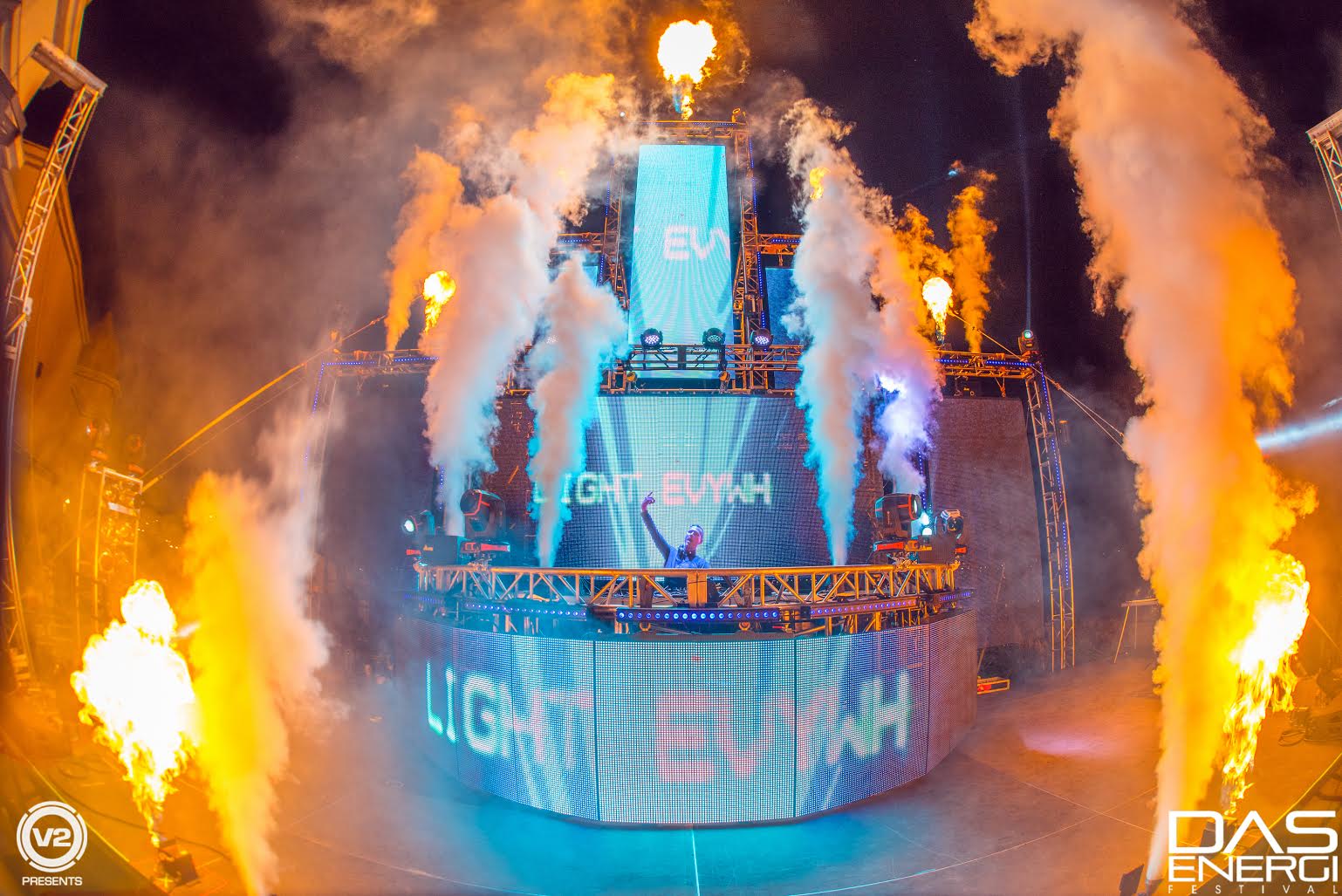 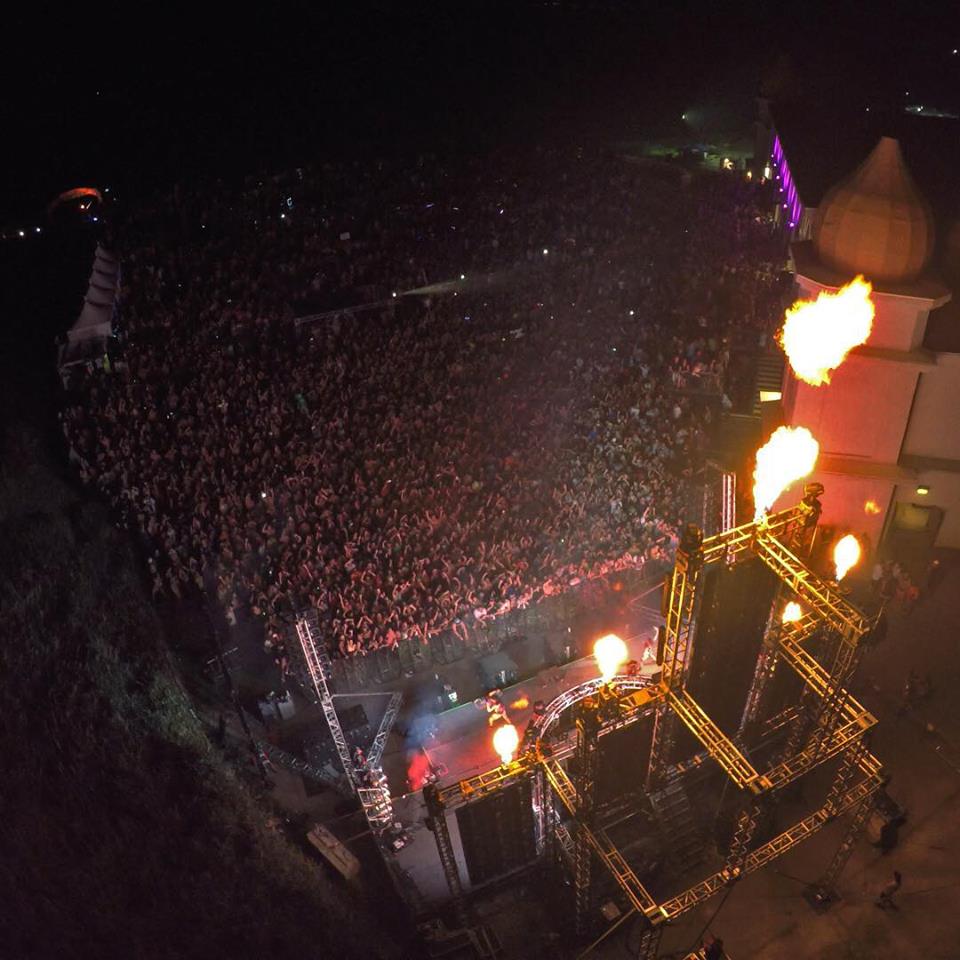 To be honest, my expectations for Das Energi and Salt Lake City in general were exceeded. Who knew what seemed like ½ of the music industry would end up at Das…a small festival in the middle of nowhere? Well, I can assure you that it was well worth my time and energy and I hope to be a regular at this summer festival.  A huge shout out to the V2 Presents team and my SLC friends for the incomparable hospitality. I encourage everyone reading this to keep an open-mind and to make the trip out to Das Energi some day if you can! 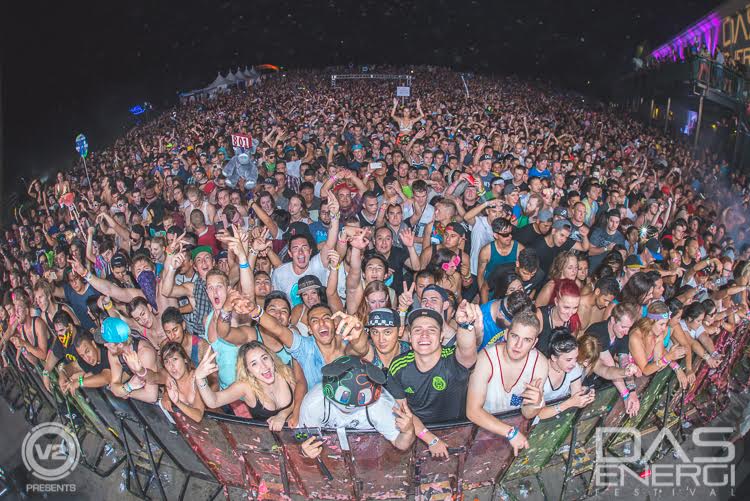 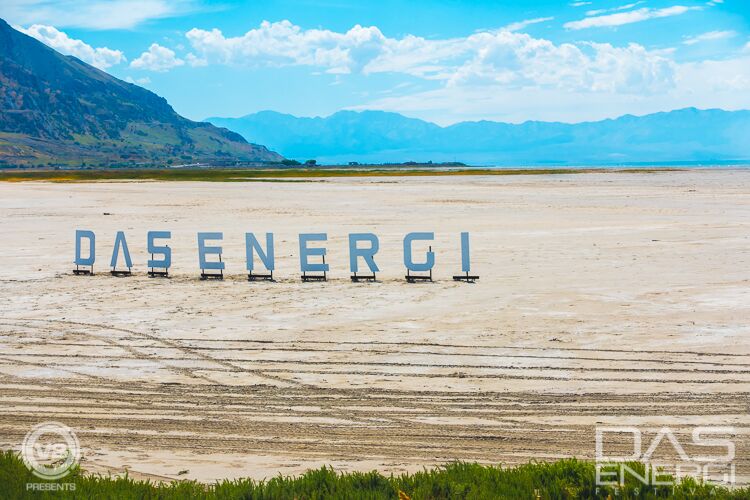