Your EDM Exclusive: GANZ Reveals Upcoming What So Not Collab

by Michael Dix
in Editorial, Interview

EDM fans are currently in a state of deifying certain genres, whilst simultaneously demonizing others. Sometimes they get stuck worshipping the notion of genre classification, without placing their priorities in the actual production quality. Although some artists like to take advantage of this and play it safe within the mold, there’s a cogent movement of artists who are attempting to expand the boundaries of genres and ravage the limits of sound design. Amsterdam-native Jordy Saämena, better known as GANZ, is definitely one of those melodic pioneers, as his persistent drive to maintain originality has caused the distinct confines of genres to vanish.

Along with this dedication to longstanding uniqueness – best exemplified by his latest single “Cold Fire” – GANZ has recently created his own record label, titled ‘The Hard Headed,’ in search of gifted artists that embody his same sense for unbridled innovation. He has truly changed the game since the release of his remix of Flume’s take on Hyperparadise, and has showed no signs of slowing down with his massive, wavy sound design. I had the privilege of sitting down with Jordy this week, and truly delved into his incessant ambition for ingenuity.

I first heard of you from your guest mix on Rinse FM. Do you think Plastician has had a significant role in your jumpstart to fame?

Yes I definitely think so, because he was the first one to put my EP on his label. It brought me to where I am today, as he took me through my first steps and allowed me to grow bigger and bigger.

Your spin on Flume’s HyperParadise remix is deservedly your most well-known. How has your sound matured since then?

It’s changed a lot actually. I still mainly use chords, but in different ways now – or use different kinds of progressions that I wouldn’t have used earlier. I know that I feel more confident about my new stuff now, as I’ve been experimenting with more hip-hop vibes and less light sounds, like in HyperParadise. I’m also working with a lot more vocalists now, so I’m trying to expand my boundaries.

I got to catch your live set at Hard Summer this past weekend, and it was truly one of the most high-energy sets I’ve ever experienced. How do you flawlessly work in so many different genres and styles?

I only play what I like the most, and I like to make a kind of ‘crossover’ during the set, mainly what people wouldn’t expect. For example, I’ll switch from Rustie to old school hip-hop; go back to bangers then my Odesza remix. I like to keep the energy alive by changing it up like this all the time. 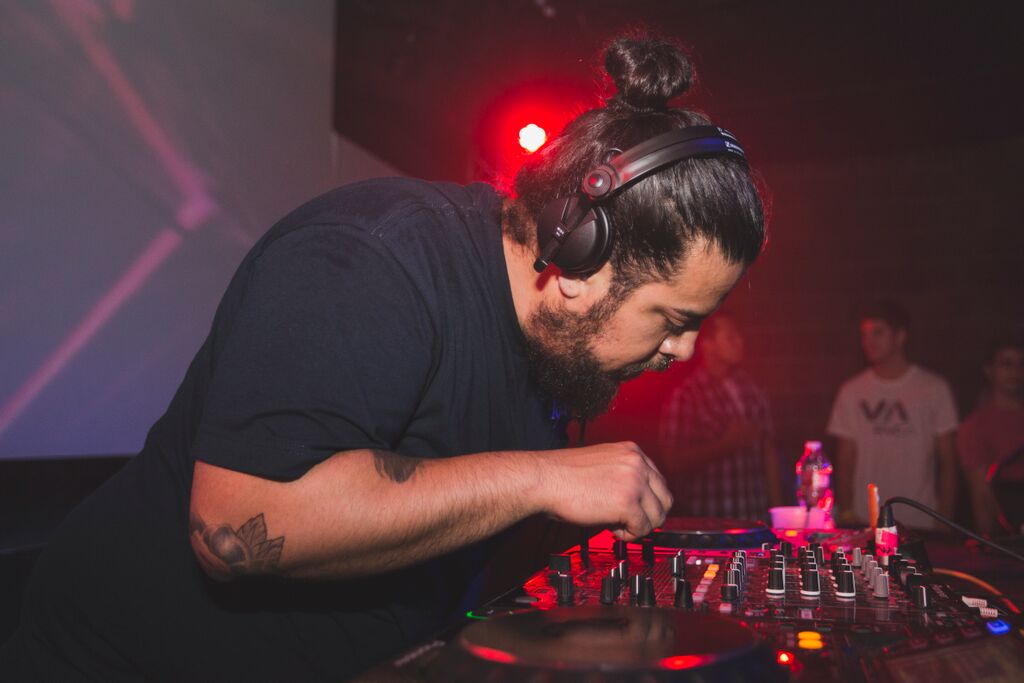 Which artists provide you with the most inspiration?

Rustie, Hudson Mohawke, Djemba Djemba, Mr. Carmack, Lapalux, Flying Lotus: those are definitely the main inspirations. Flying Lotus and Carmack impact the more hip-hop side of my production, and Djemba inspires my overall vibes and chords. All the energy they put into tracks is simply hot.

If you could collaborate with any producer or vocalist, who would it be?

I would love to collaborate with Rustie and Hudson Mohawke, plus Danny Brown and Schoolboy Q as well. With vocalists I would work with AlunaGeorge, even Justin Bieber or Matt Corby, an Australian singer. Those are the main ones I would like to work with.

What can we expect from you for the second half of 2015?

Hopefully a new EP, and maybe a new EP I made with Djemba Djemba last year. We’re about to finish it now, but I’m also working on a What So Not collab. That will hopefully drop this year too, but we’ll see. I’m not sure what to drop, or when anything is going to drop. I work on a lot of stuff, so maybe I’ll drop some freebies or a new single first. I’ve been working on my new label for two weeks now, so I want to put a lot of stuff – other artists’ as well as my own – including singers and rappers that aren’t particularly my style. The releases will be more outside of the box, and my label is a perfect place for that to show. When I was kid, I was always hard-headed and did whatever the f*ck I wanted to. That’s how I started making music; I just made whatever sounded good to me at the time. Being hard-headed has brought me to this point, not following hype.