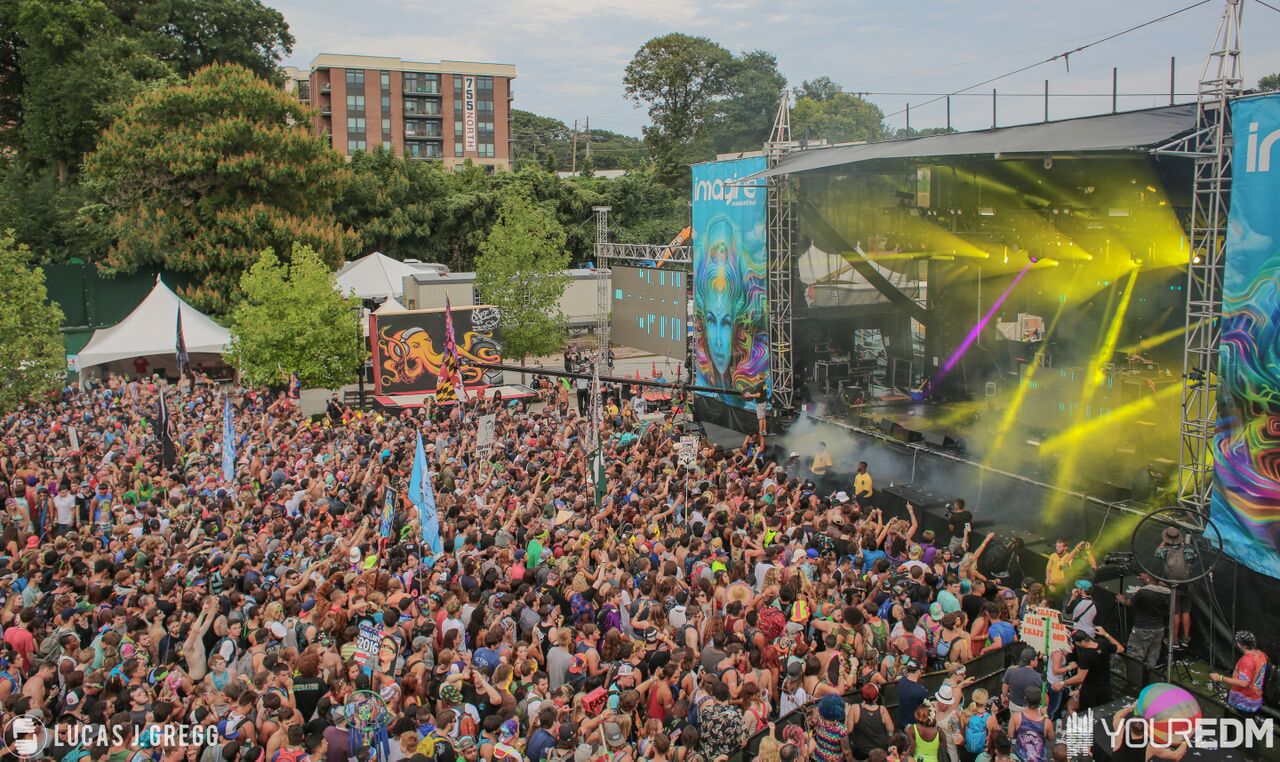 Imagine Festival may not have the world renowned acclaim that’s garnered by Tomorrowworld, but this year’s attendees will certainly argue its mesmerizing experience as the absolute must-see EDM event in Atlanta. Tomorrowworld definitely boasts the mainstage superpowers that draw massive crowds; however, Imagine showcases innately talented artists who pride themselves on unique production styles alongside euphoric live sets. This kind of aversion to the sell-out mentality – embodied by ‘Top 100’ DJs who plague the EDM bubble with effortless musicianship – is best exemplified by Santa Cruz-native Greg Jones.

Half of our readers have probably never heard a G Jones track, but his ruthless sound design made for the perfect set on the Amazonia stage.

With a refreshing change of pace, I don’t think I heard a single vocal riff for the first 30 minutes of his set. Nonetheless, I couldn’t have danced harder to the tremendous filth and incessant grime that permeated the crowd. It was extremely satisfying to be part of such a massive group of people who simply wanted to lose their mind to grungy masterworks, especially since Brillz was simultaneously performing on the mainstage. This unified sense of bewilderment was best depicted as Jones dropped Mr. Carmack’s ‘Solutions.’ After giving a classic shoutout to the king of underground trap, the crowd went absolute ape shit as an awe-inspiring sub-bass complimented Atlanta rapper Donnis explaining how he “can’t feel his f*cking face.”

The festival’s first day portrayed this unique approach to entrancing live sets perfectly, as G Jones acted as a microcosm for a lineup chock-full of euphoric aesthetics. With lesser-known crowd killers such as Illenium and Buku, and household names like The Glitch Mob and GRiZ sharing the spotlight, the vibe-heavy energy was endless. However, the closing conflicts are truly representative of my sole complaint for the entire weekend.

I usually tend to find few (if any at all) conflicts for a two-day festival. Imagine may have had a litany of indisputable talent, yes, but the lineup conflicts that presented themselves were certainly avoidable. Take, for instance, Tipper and The Glitch Mob. These are two of the highest paid – and certainly most talented as well – performances of the entire weekend. Both deserve headlining time slots at most festivals, but placing them at the SAME EXACT beginning and ending time is robbing fans of a possible life changing experience. Moreover, this same larceny revealed itself the following night with headliners Dada Life and Datsik sharing the same time slots. 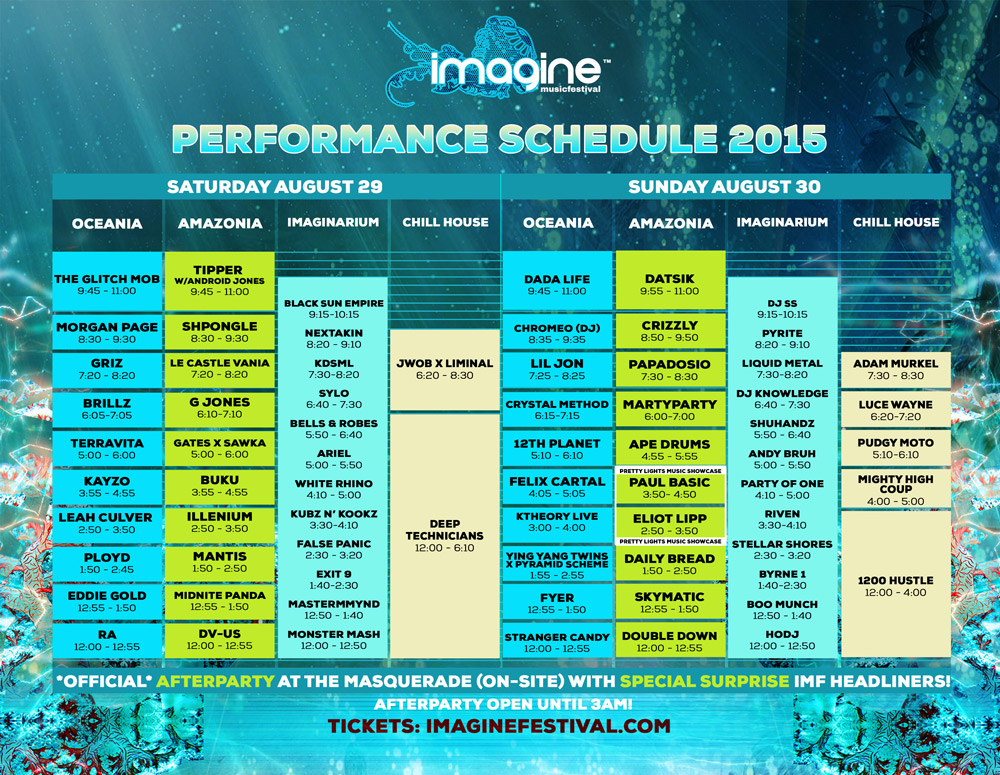 Regardless, the second day was an absolute mind-blower as well, with 12th Planet, Crizzly, and Datsik being my favorite sets of the night. Acting as the grand finale for IRIS Presents’ up-and-coming festival youngster, it was only fitting that it put on a diverse exhibition of EDM’s most popular genres. I’m certainly partial to dubstep live, so it’s only fair to reveal why two of my favorite performances belong to old-school wubheads.

Just to reiterate, I stand by local ATLiens when I say that Imagine may have set the bar too high for Tomorrowworld this year. On top of the over-saturated, ‘DJ Mag-laden’ lineup, it will be nearly impossible to replicate that overall energy and ungodly talent that Imagine so effortlessly promoted.