by Peter Rubinstein
in EDM News, For the lulz, Just For Fun

Everyone’s favorite human hybrid of flesh and plastic has just announced that she’ll be beginning a new career as a DJ/producer alongside a baffling world tour that she’s calling the “Space Barbie Tour.” Valeria Lukyanova is someone you’ve probably stumbled across while browsing Youtube’s depths. Known globally for her copious amounts of plastic surgery and dedication toward becoming a living doll, she has always claimed to be an alien from another planet sent down to spiritually enlighten the minds of the common people. Now, she plans to carry this mentality to the DJ booth, where she’ll play a mix of futuristic deep house and space disco to crowds in Australia, China, Latin America, the US and several countries in Europe beginning in October. 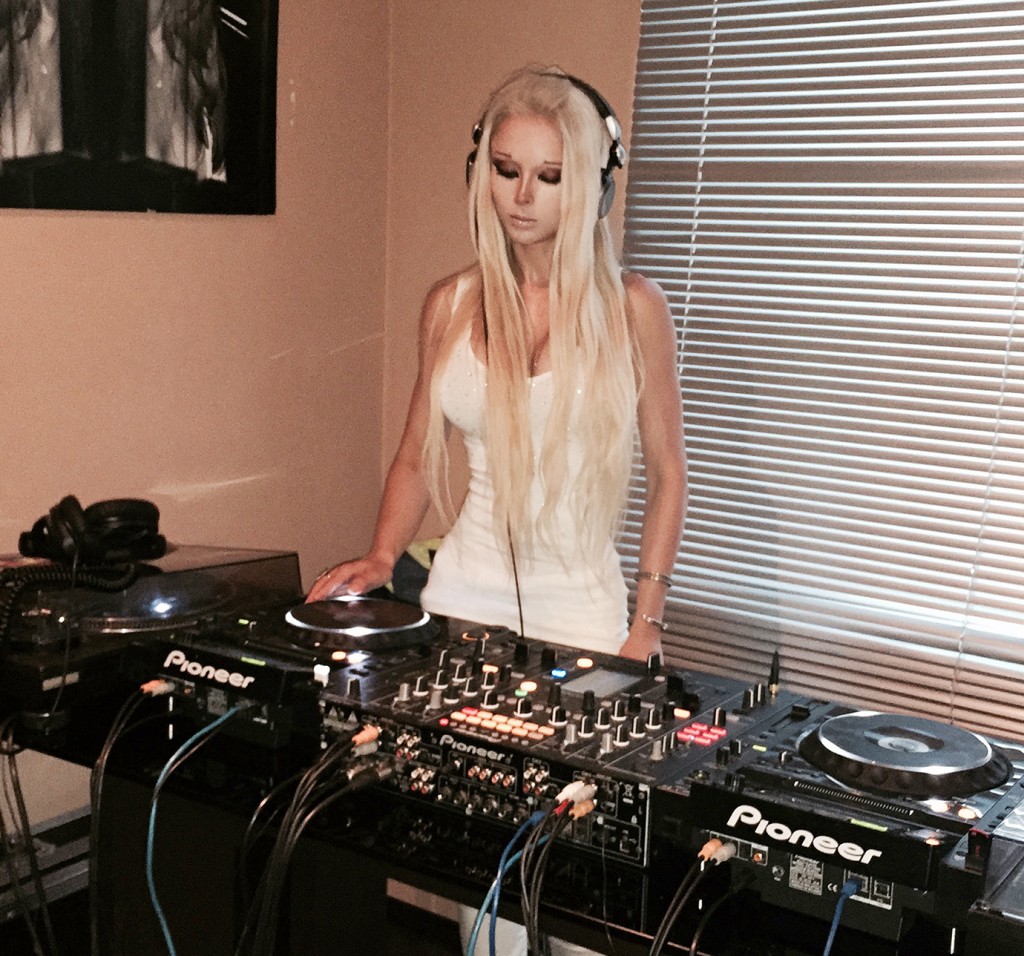 In her press release, Ms. Lukyanova has also announced a forthcoming EP which will be created in collaboration with DJ Sender. If she takes any pages from Paris Hilton’s book – which seems very likely – we doubt she’ll have any real talent to bring to the production table.

The DJ sessions will ressemble a fascinating musical journey into the deep space. Valeria will be using special words from ancient languages, which will result in a meditation right on the dance floor. During her performance the Human Barbie will show special signs with her hands (also known as mudras) demonstrating a deeper immersion into the atmosphere. The setlist will be arranged in a way that touches all the energy centres while increasing the rhythm and changing the consciousness of the audience.

The only situation I can imagine happening is Ms. Lukyanova standing behind the decks, dressed and made up to infinity, while she plays a mostly prerecorded set created by DJ Sender and simultaneously makes vague and confusing hand motions to a crowd that only showed up for the novelty of the event. But hey, maybe she’ll become the next DJ Craze. Watch the video below to get a glimpse into the life of the Human Barbie.