A trained musician, vocalist and dancer, Sylvie Barnett fell in love with the underground electronic scene the summer before her freshman year of college in LA in the early 2000s. She was heavily involved in USC’s film program and shortly after graduation, she also became involved in organizing street teams promoting shows throughout the LA area. Sylvie has helped contribute to the careers of artists such as Thriftworks, Random Rab, Bird of Prey, Plantrae, TastyTreat, Lafa Taylor, EOTO (String Cheese Incident) and Govinda.

After serving as the Agency President and one of the key business executives at Street Ritual in San Francisco, as well as graduating from California State University Northridge’s new Music Industry Administration program, Sylvie launched the Distinguished Talent Agency earlier this year. She represents a diverse roster of over one dozen artists in various genres such as experimental hip hop, trap, indie pop and house. Her clients perform at hundreds of shows per year including festivals like CounterPoint, Camp Bisco, Electric Forest, Wakarusa, Lightning in a Bottle and Shambhala. Sylvie also currently works as the Head Talent Buyer for Grateful Generation, an LA based electronic promoter best known for its A-Bun-Dance event series. She prides herself on helping launch artists’ careers while bringing people together for transformational musical experiences. Read on for our exclusive interview! 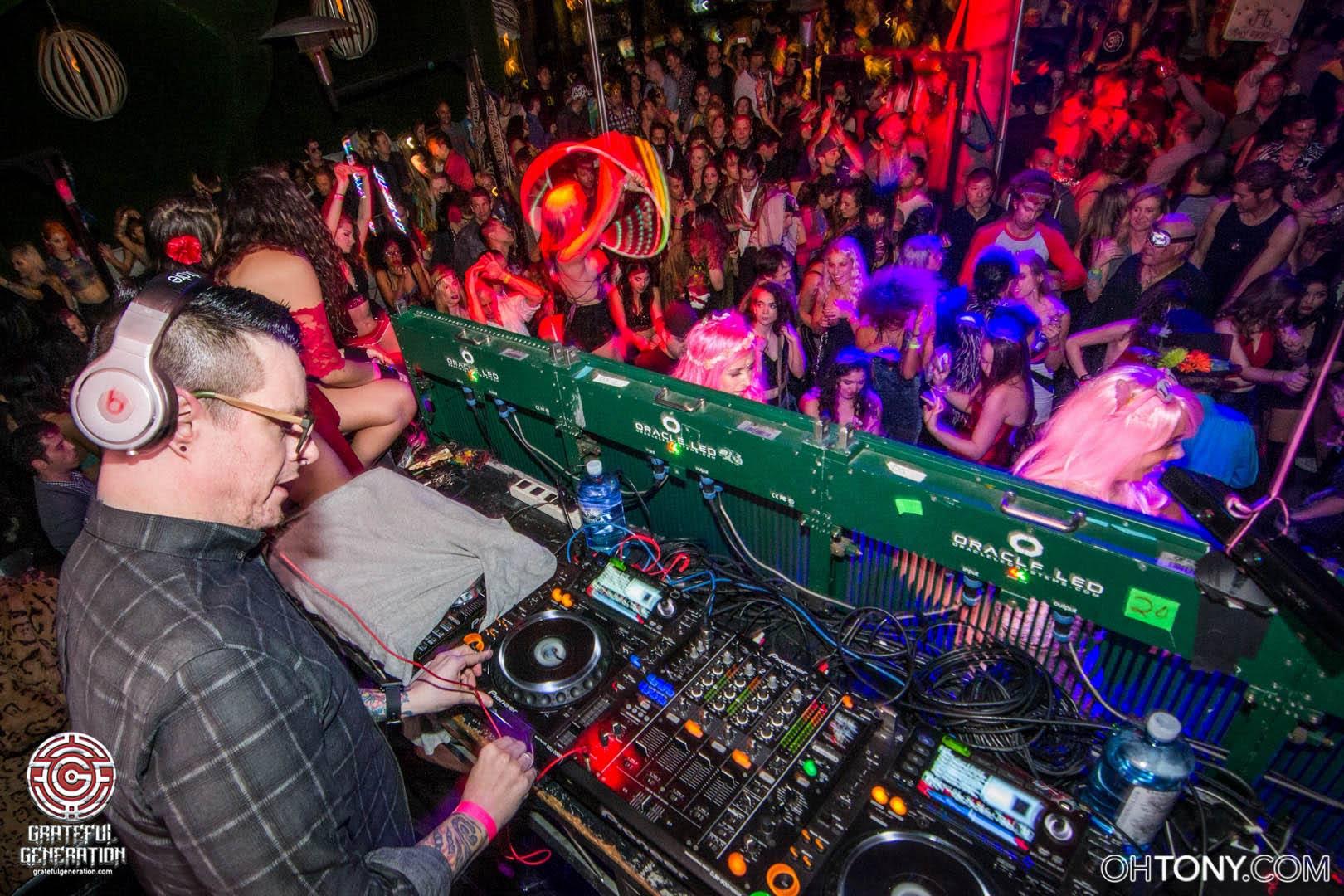 How long have you been a part of the music industry & what made you get involved?

I grew up as a musician and theater nerd. I sang in choir and I was in musicals, I played piano and guitar. My grandmother was on broadway so I’ve always had a strong love for music.  I decided I wasn’t really the performer type when I was graduating high school, I was more of the person who brought other people together to express themselves artistically. I went to my first rave or electronic music event in the summer of 2003 Summer Dreams at the Orion and the vibe there was amazing. I absolutely loved the feelings it evoked. I went to my first festival (Coachella) in 2006. Lightning in a Bottle 2008 was where I really decided that the music industry was my true calling though. I started out by helping promote this old-school festival called Jujubeats, and then eventually landed a job as the head street team promoter at HARD. As I got deeper into the scene, I threw a few of my own burner type parties at Lot 613. In 2010 I was helping run the street team for The Do LaB. While I was doing that I met Govinda who needed a manager at the time so I figured, why not try it out? I then picked up Bird of Prey and Random Rab and from there I just sort of ran with things. My boss at Coast to Coast Artist Management (where I was an intern at the time) recognized my potential and I tried to learn everything they could teach me. I got Random Rab on the Shpongle tour and signed EOTO to Coast II Coast. I got promoted to work as the Administrative and Marketing Assistant. Since I’d never lived outside the LA area, I moved up to Portland and started checking out the scene there. I then discovered I was very passionate about the booking side of things and started the Street Ritual Booking Agency about  three years ago. I was mostly in the Burner scene at the time, but have since shifted my interests more towards indie-electronica and indie rock styles of music.

Describe what it is you do; what was it like switching from Street Ritual to DTA?

As far as booking goes, I organize tours and book shows for various artists while working with their managers to figure out what the artists’ visions are and what their end-goals entail. I usually do just about everything myself; I like to think of myself as an agent and artist developer. I want to see my client’s succeed in the most whole sense of the word, so I stay very involved with as many aspects of their career as I can. The switch from Street Ritual to DTA definitely had a noticeable difference: the change in demographic was pretty major. I kept some of the Burner clients, but the shift towards more indie music is definitely noticeable. People are really starting to stand behind me though, so I’m confident it will expand quickly.

What do you look for when searching for new clients?

These days, if I’m truly looking for someone and not having people approach me with artists or projects, I’d say they really need to have ‘the hype’ on Soundcloud; good sound, good overall music, activity on the page, stuff like that. A good manager definitely helps as well. If a manager has a proven track record and a strong body of artists it is a good indication of someone I’d really want to work with. I also really love to work with friends and friends of friends, whose dreams and visions I really believe in. If there’s any specific vibe I’m looking for, it’s sort of that Soulection, HW&W, Alpha-Pup style. If someone wants to work with me though, they need to know it’s a two-way street; I’m looking for artists who truly want to work with me, not just someone looking to get exposed to a new audience.

What is your opinion on the new trends in dance music? Where is DTA/dance music as a whole going?

I see the industry going more towards melodic/deep/tech house, creative hip-hop/beat music, and future bass; this year, at least! Who’s to say where it’ll be in the next few years? In any case, DTA definitely follows the latest trends in dance music; I would be very interested in working with more indie-dance and house producers. We’ll continue to evolve with the times and keep our eye on the scene as a whole.

What has been your experience as an independent woman in a largely male-dominated industry?

The industry is intense by nature, but there are noticeable differences in treatment; people can try to walk all over me or tell me they’ve done one thing when really they’ve done another. I try to take it in stride though, because I want to be thought of as a person, first and foremost. We’re all just people at the end of the day, so we all deserve equality. I want to be an example for other women in the industry. Achieving your dreams is challenging, but it all depends on how much hard work you can put in. I know what I’m capable of and what I can contribute; as long as you have that knowledge of yourself, anything is possible.

Do you have a favorite festival, venue, or place to travel while working?

I don’t honestly get to travel with my clients too much, but I’m at their shows whenever I can be. When I do get the chance to go mobile, I’d say Shambhala and Lightning in a Bottle are two of my absolute favorite festivals both to attend and to witness my clients performing. 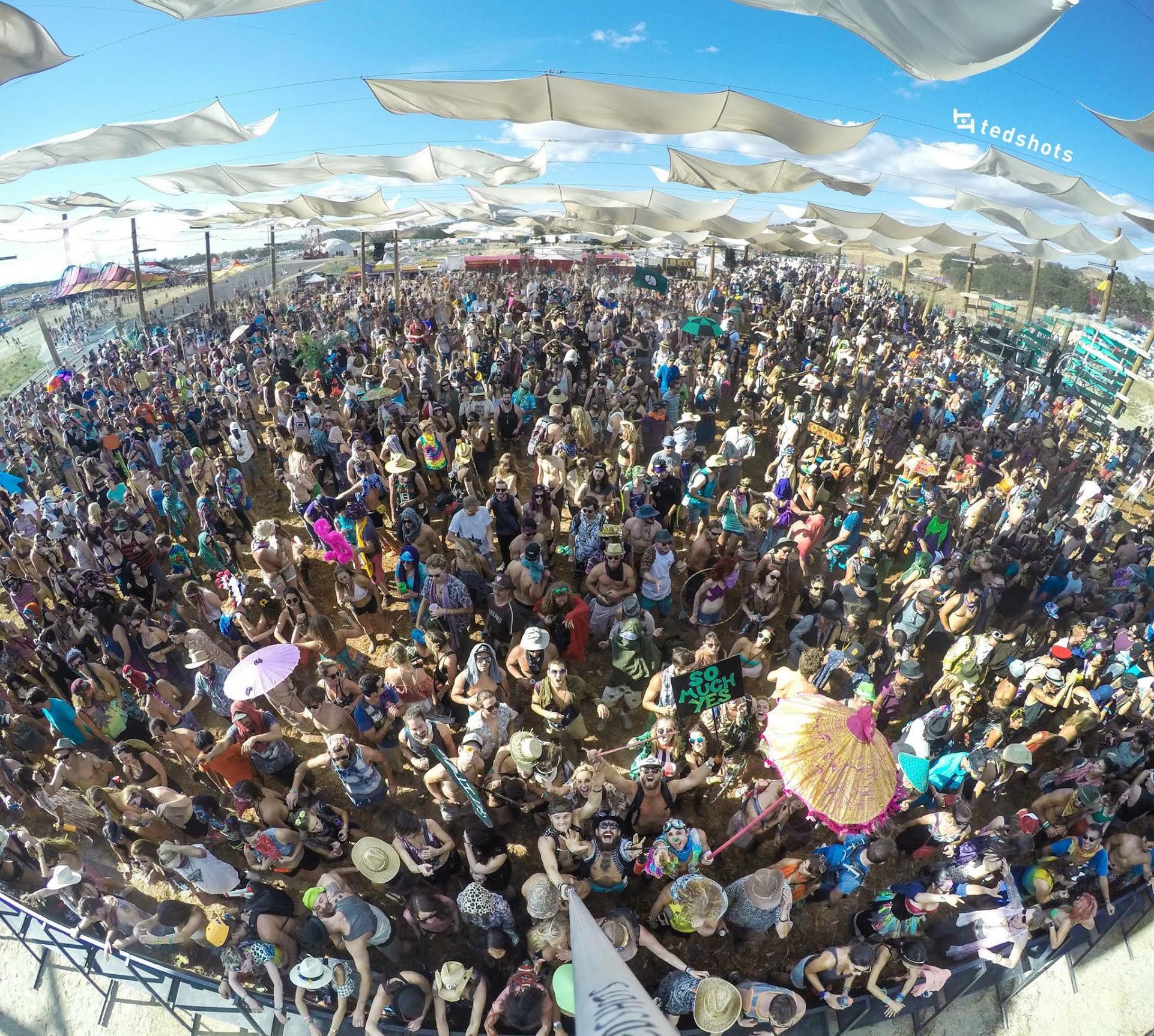 What has been the high point of your career?

One of the high points was definitely at Lightning in a Bottle in 2012; I had the opportunity to help create a circus type of performance for Govinda’s set on the main stage on Sunday evening (before Random Rab, Bassnectar and Big Gigantic). Govinda played his live violin over crunchy electronic beats while Samantha Ceora did aerial silks and Kandice Korves (Of Holistic Hooping) danced beautifully with multiple hoops. The Shimmy Sisters danced with swords and snakes. It was during magic hour and it was a beautifully orchestrated circus type of performance. The audience resonated with it deeply, and it felt truly unique.

I love helping make people’s dreams come true. Nothing on the planet provides me with greater satisfaction.

Best piece of advice for someone just starting out?

If you’re an artist, get a really good manager! And then work with them to get exposed to a label you really vibe with. Talk with people that will stand behind you and support you, and learn as much as you can. As for people who want to be involved with the industry side of things, intern for the best. Work diligently, surround yourself with a strong network, be positive, and think about how you can provide help to others. Decide what your vision is and then go for it with gusto.

Too Future Event in Chicago with Penthouse Penthouse, Headphone Activist, and More