Check Out These Epic Shots From Blade-Inspired Blood Rave

You can check out the full gallery here: Gothamist
Friday night at New York City’s Terminal 5 saw a full-on vampire invasion for the Blade-inspired Blood Rave. Headlined by The Crystal Method, Blood Rave was a collaborative effort between BBQ Films and New York Comic Con that also featured live-action performances from the Wesley Snipes flick.

Despite appearances, the blood was indeed fake, around midnight a squadron of technicians sporting body-mounted sprayers descended upon the crowd and soaked the masses with synthetic blood.

While a majority of the crowd consisted of Blade diehards who by all accounts admitted to watching the film and all its sequels hundreds of times before, there were also those in attendance who were there purely for raving purposes. 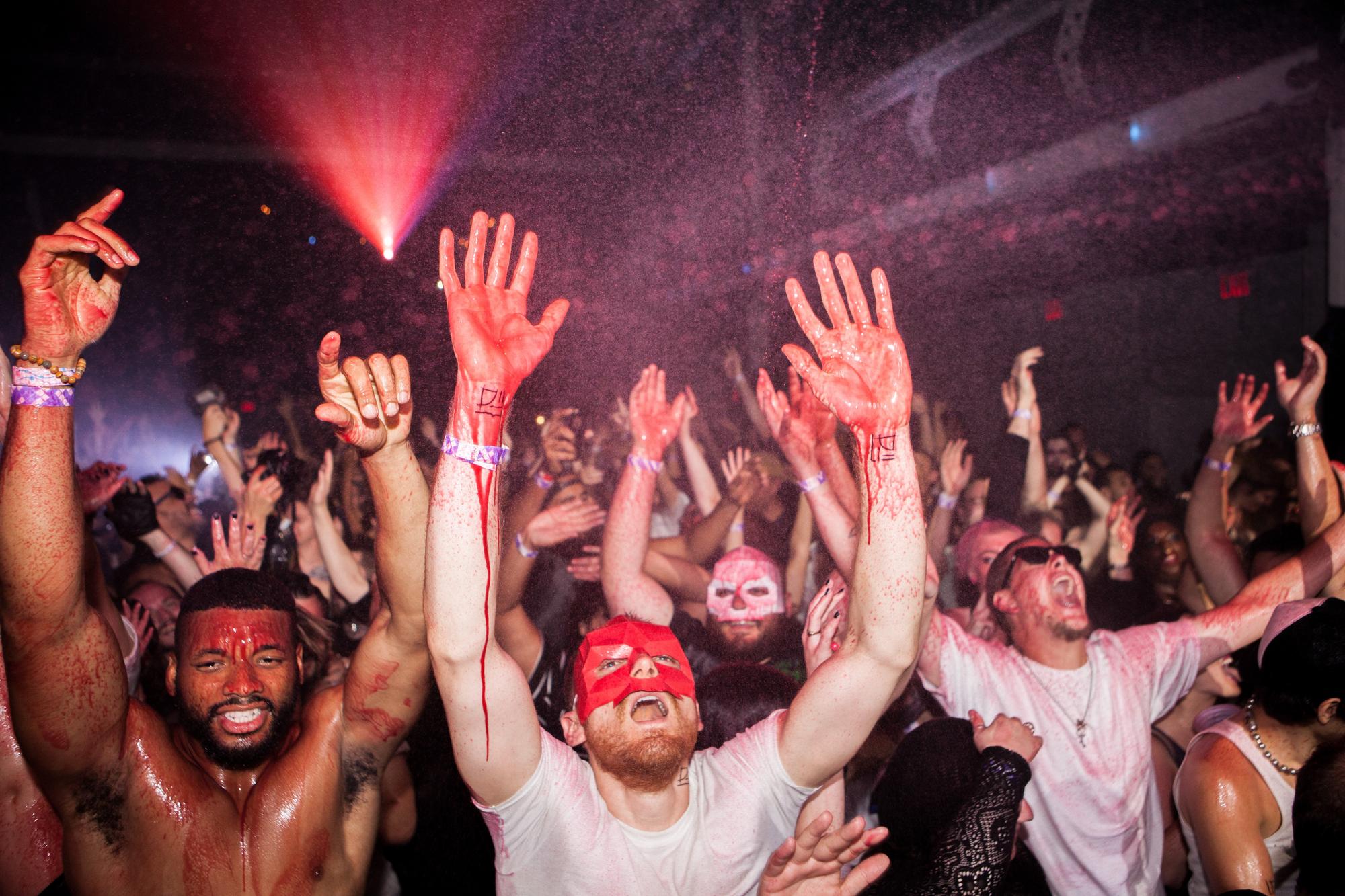 Be sure to head on down to Gothamist‘s official website and check out all of the bloody shots from the night!

Pomona Prepares For HARD Day Of The Dead Festival

Pomona Prepares For HARD Day Of The Dead Festival