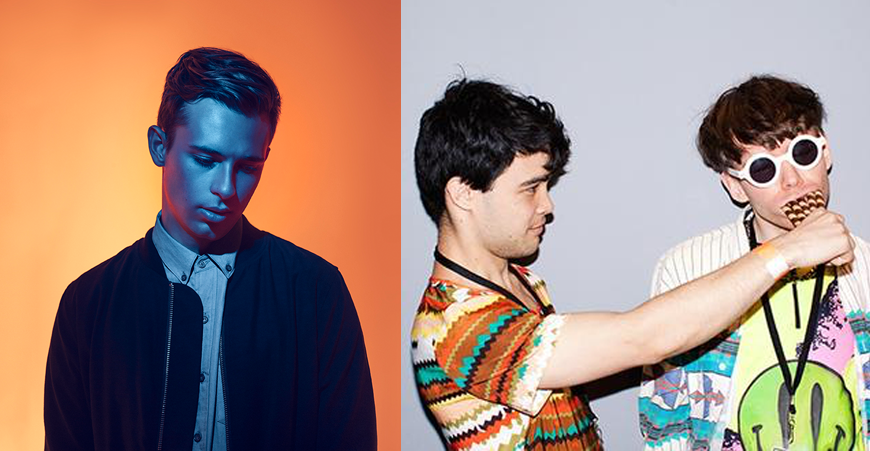 Watch Flume and Collarbones Perform Together At Sydney Opera House

This year marked the 10th anniversary of Australian record label Future Classic. Home to such acts as Chet Faker, Touch Sensitive, Flight Facilities, Cashmere Cat, Ta-ku, Wave Racer and many more, this group has made a continuous, substantial impact on the electronic music community through their diverse roster of talent. One of their brightest additions is Flume, known globally as “that cool DJ guy with the collared shirt who killed it at that festival I went to.”

Three months ago, he released a beautiful remix of Sydney duo Collarbones‘ track “Turning.” In light of Future Classic’s 10 year showcase event, Flume decided to join the stage with one of the members to create a live version of the remix. Captured in a fantastic video below, this performance is truly one for the books.

The stunning visuals, epic sound design, exhilarating crowd shots, and the wonderful inclusion of a live vocalist all make this video a spectacular homage to the record label that’s made it all possible. Watch below, and listen to the song in full further down.

You can buy this released track on Beatport now.