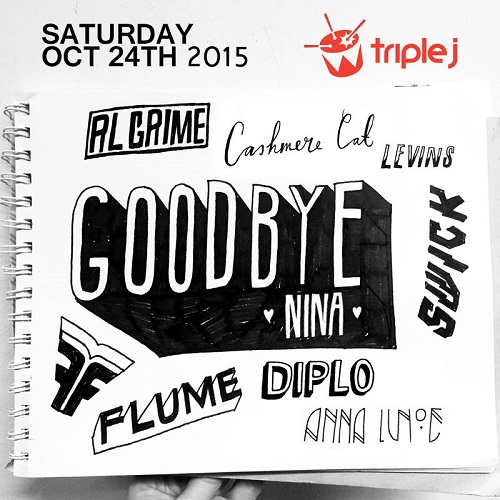 It could be argued that the EDM scene may not be where it is today without the talents of Nina Las Vegas.

Nina worked for Australian public radio station triple J for 11 years, serving as a DJ for the influential House Party and Mix Up Exclusives radio programs. During her lengthy career, Nina helped promote then up-and-coming artists such as Flume, Flight Facilities, ODESZA, Cashmere Cat, and more. Nina announced recently that her stint with triple J was coming to an end, and that she plans on moving to the United States, tour the world as a DJ, and launch her own record label NLV Records.

Her 11-year run didn’t come to an end without a proper ceremony, though. Her last episode as host of the Mix Up Exclusives series featured a four-hour mix with a who’s-who of all-star talent. The mix included sets from Flume, RL Grime, Diplo, Cashmere Cat, Flight Facilities, Anna Lunoe, Flight Facilities, Swick, Levins, and some tracks from Nina herself. Some of Nina’s other high profile friends dropped by to say bye and give their thanks, such as Baauer, Boys Noize, Wave Racer, and more.

Nina uploaded the entire four-hour mixed on her Soundcloud, which you can listen to below: