In the latest Twitter-fueled EDM drama, Nicky Romero seems to have woken up on the wrong side of the bed with a rather inflammatory set of tweets over something of very little significance.

After Hardwell tweeted a picture of himself performing with background visuals of an 8-bit character of himself, the Protocol Recordings head tweeted “Copying is the highest form of flattery.” Referring to Romero’s DJ Mag campaign, an 8-bit video game and accompanying re-master of his biggest hit, “Toulouse,” the #2 DJ in the world, Hardwell, was quick to correct his fellow Dutchman with a brief recap of the timelines involved – indicating that perhaps the “copying” being done might be the other way around. Check out the tense situation below. 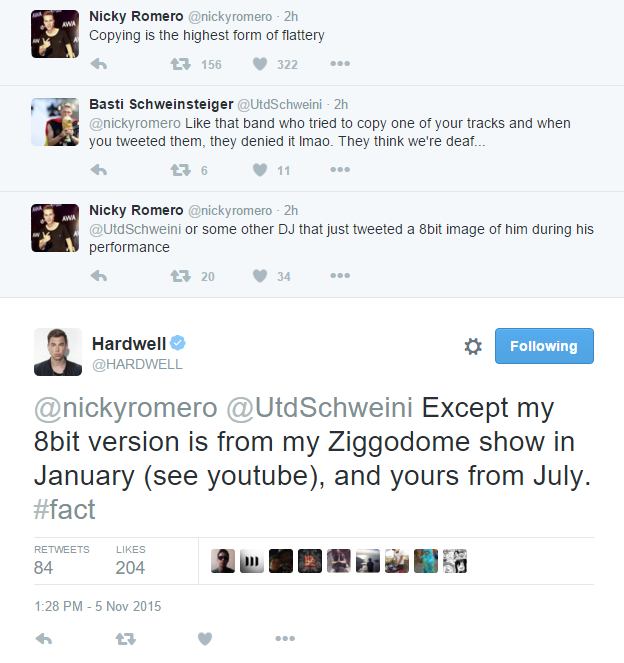 @HARDWELL @UtdSchweini we finished the game in January also, it's just we did a whole 8bit campaign. It's on you 🙂 pic.twitter.com/ifZVpcCiy4