You normally don’t receive presents for New Year’s, but if that did happen to be the custom, it would be quite difficult to beat this wondrous gift.

I can’t reliably relay the last date that Justice performed, but it’s safe to say that it’s been too long. (Even if it was last week.) As a special treat to Brooklyn, the duo will be performing a DJ set at an undisclosed Brooklyn warehouse location along with Bob Moses, With You., the side project to ex-Major Lazer member Switch, and a very special guest that will be announced soon.

The show is being put on in partner with Jukely, which is giving members early access to tickets. For all non-Jukely members, tickets go on sale Friday at noon; for Annual Jukely members, you can claim your spots first, followed by Extended Jukely members. Be wary though, general admission tickets start at a steep $90. 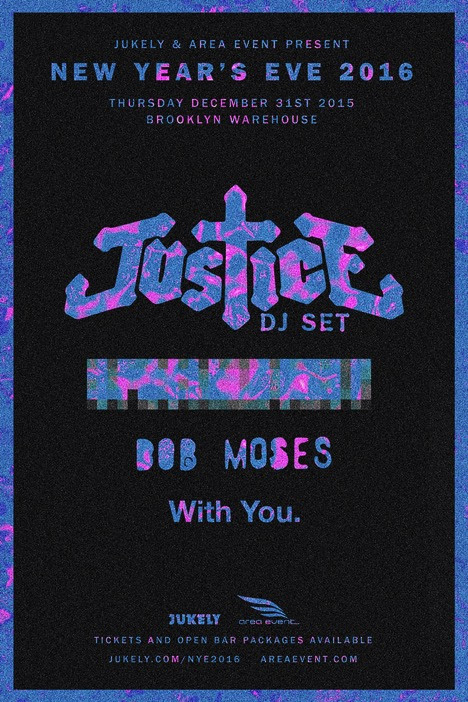