Well this was a surprise. The gradual reveal of U.S. festival lineups usually begins after Ultra Music Festival and Coachella kick off the pre-season by unveiling their lineups, but a southern festival came out nowhere by releasing its 2016 lineup. The Hangout Beach, Music and Arts Festival, native to Gulf Shores, Alabama and scheduled for May 20-22th, 2016, unveiled its lineup today, and its roster is packed with multi-genre talent.

For EDM, Calvin Harris and Flume command top spots on the lineup, with Calvin Harris only falling behind The Weeknd as the top-billed act. Other familiar EDM artists on the lineup include The Chainsmokers, 3lau, Bro Safari, Thomas Jack, Tourist, and Snails. As for up-and-coming EDM artists, Hangout enlisted the likes of Lost Kings, Jai Wolf, and Alison Wonderland.

Other power players to play the festival include Florence + The Machine, Ellie Goulding, Lenny Kravitz, Panic! At The Disco, Grimes, and more. Normally Coachella’s far-reaching artist clauses would’ve prevented Hangout from announcing its lineup before Coachella made their announcement, but since both festivals are now owned by Goldenvoice, there was probably a bit more leeway granted for Hangout’s lineup reveal.

Check out Hangout’s full 2016 lineup below: 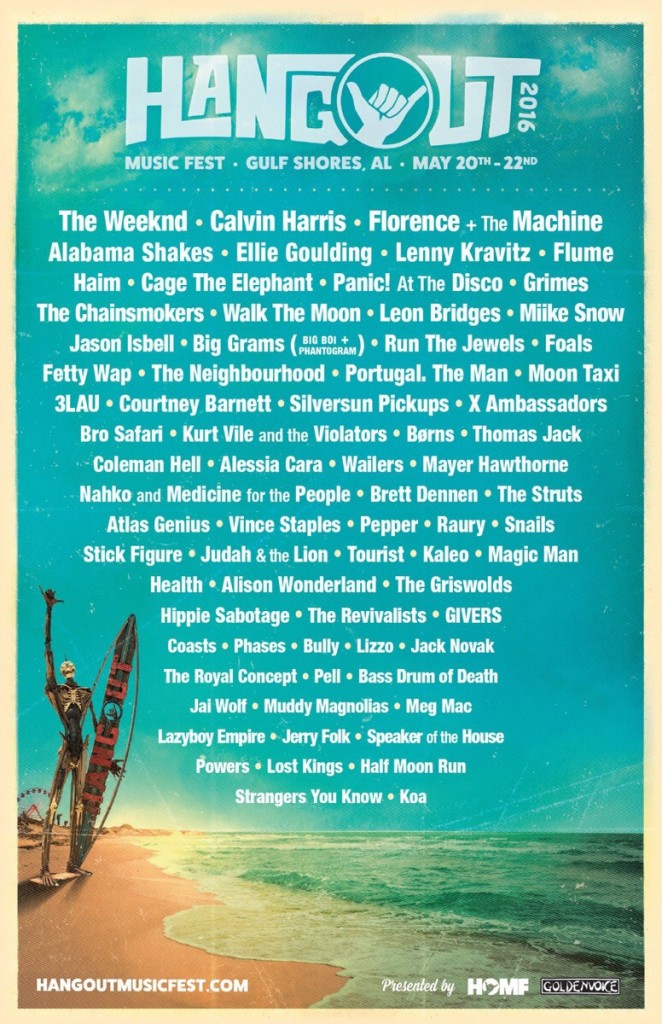