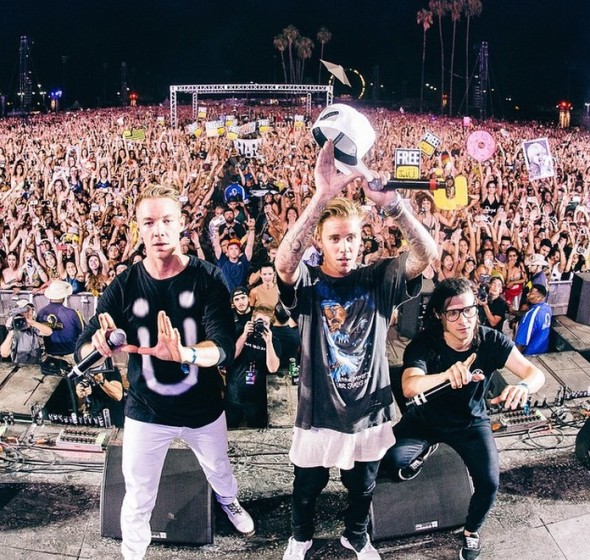 Up to this point, the American Music Awards rarely recognized EDM artists. Broadcasted live on ABC, the AMAs finally created a “Favorite Electronic Dance Music Artist” award in 2012, but 2015’s nominees marked a big step forward for EDM’s crossover appeal. The Jack Ü and Justin Bieber collaboration “Where Are Ü Now” received a nomination for the “Collaboration of the Year” award, and to top if off, the collaboration went on to win the AMA award.

“Where Are Ü Now” beat out the likes of Taylor Swift and Kendrick Lamar, Mark Ronson with Bruno Mars, Rihanna, Kanye West, and Paul McCartney, and Wiz Khalifa and Charlie Puth for the award. P. Diddy (who made a cameo during Skrillex’s set at Ultra Music Festival this year) presented the award, and Justin Bieber, Skrillex, and Diplo all accepted the award on stage. Given that the winners are determined by fan votes, it’s monumental that an EDM track beat out some of the biggest pop tracks of 2015.

Watch Jack Ü and Bieber win and accept the AMA for “Collaboration of the Year” below:

The #AMAsUnleashed magenta moment is here! Winner for Collab of the Year Un-leashed by @TMobile is… #AMAs https://t.co/pdy7WAGIGS

BIG shout out to @justinbieber+@diplo+@skrillex for taking home #AMAs Collab of the Year! 🎉 https://t.co/pkIm8sXNEW