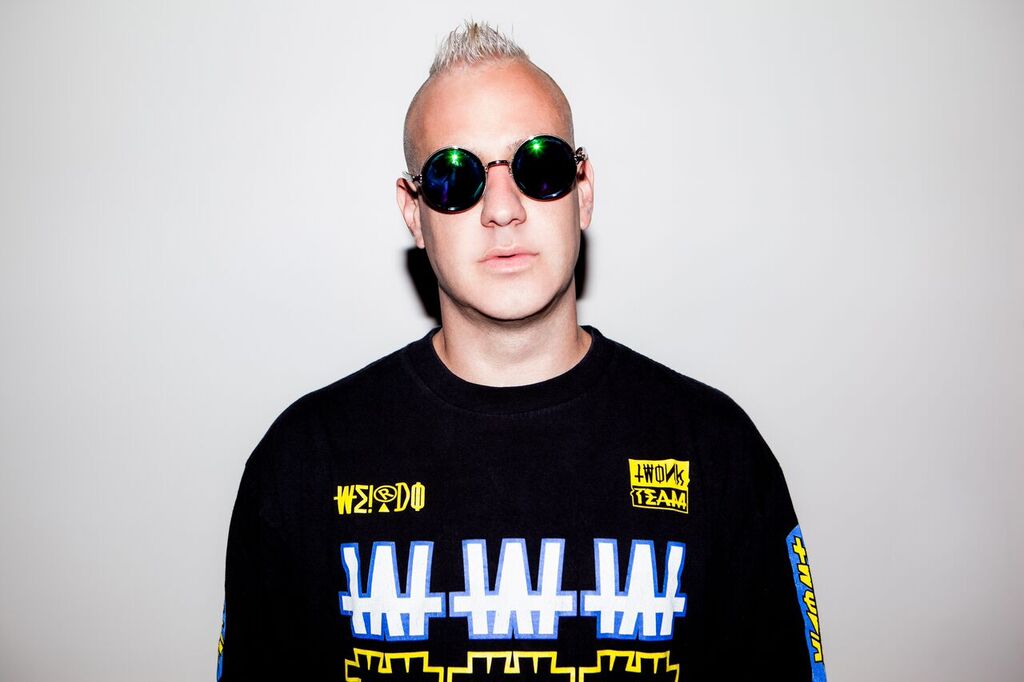 We Get It, Brillz Vapes [Interview]

Still fresh in the Twonk di Nation Tour, team leader Brillz plopped down on the couch between Party Favor thumbing through his phone and Ghastly, who abruptly jumped up to go hop behind the decks.

“The Twonk di Nation Tour has been pretty good, so far,” Brillz expressed as the thumping bass seeped through the walls. Ghastly and Willy Joy joined the stop in Philadelphia, while Party Favor will be twonkin’ for the duration of the tour alongside Brillz.

“Philly is the 5th or 6th show – last night we did a sold out show in DC at 9:30 Club. After my set, we’ve been doing epic back-to-back-to-back-to-back Twonk Team party sets where the 4 of us just go on and play a bunch of records. That’s really my favorite part of the tour, you know, like everyone gets to do their thing but we all kind of just twonk out. It’s epic.”

Living on a tour bus, however, isn’t always the glamorous lifestyle aspiring musicians may imagine…

“I can tell you right now, the number one thing that is going to be difficult is sleeping. Sleeping! I just can’t sleep in the bunk yet. Every one tells me I’m going to get used to it… But other than that, I think the hardest thing is you can’t shit on the bus. It’s really expensive to clean it out of the tanks, so whenever someone has to shit, we gotta stop. That’s the hardest part.”
And probably the stinkiest.

I spoke too soon…

In the midst of making music and touring, Brillz also delves deep into his other favorite hobbies and passions. Recently, his first branded vape juice, aptly titled Twonk Juice, was released. The only flavor so far is Jelly Donut, but Brillz promised some more secret flavors up his sleeve in the future.

“At this point, I hope you get it – I vape. I blow fat clouds. All day. Every day. When I quit smoking weed, vaping kind of became a new hobby of mine. I got really into it. I never smoked cigarettes, but I was vaping while I was smoking weed. But when I quit smoking weed, vaping became a bigger hobby. Everything I’m into, I become a kind of like craftsman with it. And I just want to find out the best parts of it, who makes it, and just get really into it. I just had a hard time finding a lot of flavors I really liked, so I thought I should probably make something that didn’t exist.”

“I have a bunch of different kinds of vapes. I don’t have a favorite, they’re all special. One’s smaller so it’s easier to travel with. One’s bigger but it holds 2 batteries so it lasts longer. Sometimes I’ll use a tank, sometimes I’ll drip. They’re all great.”

“For a beginner, I would suggest something that has controlled wattage. I wouldn’t get an unregulated mod . One of my homies, Travis, he was on a flight with his unregulated mod. He didn’t realize it, but it was triggering in his bag. And he was like, oh shit, what’s that smell? And his battery started melting on the flight. And a big puff of smoke came out of his bag and like, dude. It was mad sketchy. Smoke came out. He thought they were going to land and he was going to get arrested. That could have been real bad, those things can blow up. So if you’re getting into it, you have to be safe, be educated, get a regulated mod that’s good quality, and you’ll be alright.”

While displaying one of his vapes, Brillz reminisced on his earlier days as a guitarist and drummer in various rock bands, touring with names like Linkin Park, and the evolution of his musical style. His decision to pursue electronic production, like many musicians, was an exciting transition for the highly-motivated and technologically savvy music-lover with a dream.

“I was always into electronic music. I started programming different things while I was still playing in bands to incorporate and have both elements in it. I just realized I want to make my own music. I don’t need other people’s input, and other people kind of getting in the way of my dreams, in a sense. So I just decided to do my own thing. At first I went into production, to just produce for other bands and other records and do my own stuff, but I never really found my zone with that.”

Although he drifted from his early-2000s rap/rock style, his current sound still draws inspiration from his background in music.  Some of Brillz’ electronic productions have tidbits of his guitar-playing, drumming days.

“Two months ago I took a Duck Sauce song, NRG, the Skrillex, Milo & Otis, Kill the Noise remix and I re-recorded the whole thing with live instruments.”

Still relaxing on the couch, Party Favor by his side, Brillz took a moment to think about this big, bass fam the close-knit community has created.

“Ghastly would definitely be my son, for sure. Party Favor and Diplo would be my two gay dads. Paper Diamond would be my brother. Snails would be my second cousin who I never met until like last holidays, because he’s from another country.”

Party Favor chuckled in the background as he walked out towards the decks, leaving Brillz alone to prep for his set with one of his many, many, many vapes.