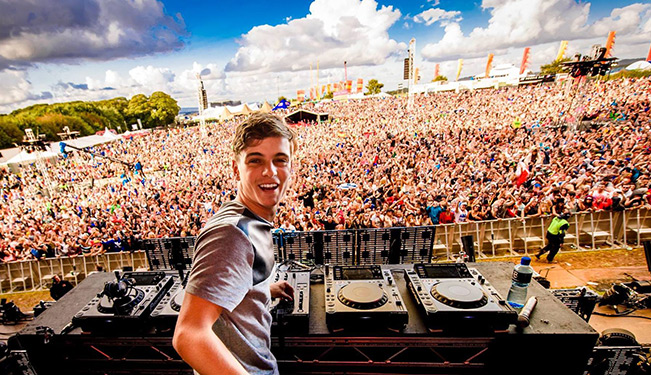 Martin Garrix Dishes On His New Studio, Getting Writer’s Block, His Breakup With Spinnin’ & More

Did you know that up till now, Martin Garrix still favours producing music in the bedroom of his old house? That makes one of the world’s most popular DJs literally still a bedroom producer! In an interview with Dutch YouTube Channel FaceCulture, Martin dishes on Avicii, his new studio, the fallout with Spinnin’ Records and more.

The interview kicks off with Martin revealing to us that he’s almost finished the new studio in his apartment (bear in mind this interview came out several weeks ago so his studio should be done now). Prior to that, he had been working “in my parent’s house in my old bedroom or renting out studios.”

For Martin Garrix fans, there’s good news by way of new music…if he gets around to ever finishing it. According to the young Dutch superstar, he doesn’t ever finish more than “5% of his songs.” If you’re wondering where all these ideas go, Martin’s also got you covered on that side.

“The thing is I make so many ideas, but when I’m stuck on one I make a new one, and then I make a new one and end up with like 30 unfinished songs! My management will tell me ‘Hey Martin, would you mind finishing one of those 30 ideas?!’ But I guess that’s every producer’s problem!”

Did Martin suffer the same writer’s block problem with his collaboration with Avicii, “Waiting For Love”? They were in the studio together “messing around” but as far as time is concerned, “that one was finished rather quickly.”

“Animals was an idea that I did four years ago, so right now six years ago. It was just like the break melody and super shitty sounds, but the melody was very strong. It was like ‘oh this melody is very strong, I should totally use this melody and put it in a new shape’ and so I did the song around it.”

Martin admitted to suffering from a lot of pressure, though it seems like he’s mostly overcome it. “There’s no pressure at all now, I get into the studio now and I can be myself that’s the best feeling ever.” Martin definitely felt the pressure of trying to pen a successor to “Animals” and admitted to “caring too much,” a big problem in itself for the young producer.

While you could assume that a lot of the problems may have to do with problems stemming from his breakup at Spinnin’ for creative differences, Martin would tell you otherwise.

“I have no bad words to say about anybody who works at the music side of Spinnin’. It was mainly the contracts which got us stuck and was the reason of our split. Musicwise, the people who are there are in it for the music and I always had 100% freedom to do what I wanted to do and try what I was feeling…I think every producer should not stay in a box and get to do what they feel like.”

Check out the full interview for more anecdotes from Martin about support from Hardwell, impacting his fans, his own creative process in the studio, and more.