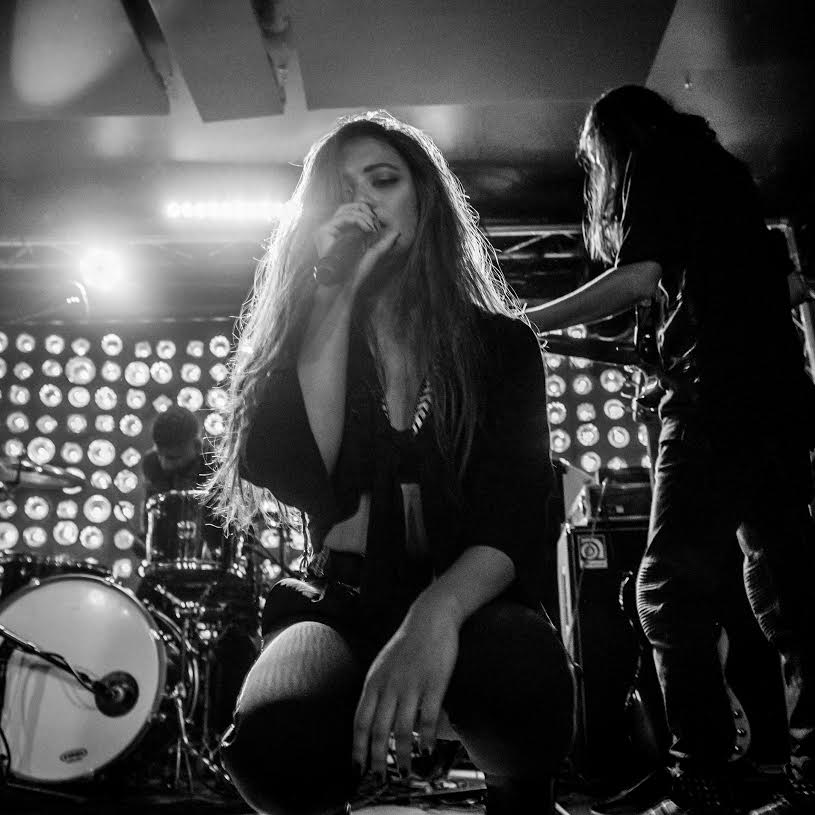 As an electronic “band” more so than a DJ/producer act per se, KOLAJ haven’t been shy about branching out to cover songs in different genres while maintaining that electronic “remix” component to their sound. Four months after racking almost 650K SoundCloud streams for their cover of “Can’t Feel My Face,” the duo have returned to deliver another electronic inspired remix/cover. While “Hello” by Adele has been dominating the radio waves for the past several weeks, the L.A.-based band has been busy in the studio coming up with their own interpretation – and the result is stunning.

Everybody knows “Hello” was supposed to be this stripped down, melancholic single showcasing the strength of Adele’s emotive voice, but KOLAJ managed to keep it just as emotive while flipping the atmosphere completely. Blistering electric guitars (“The Touch” anyone?!) and subtle drum kicks courtesy of producer of the duo Might Mike set the tone while complementing Teesa’s powerful vocals’s to drive this track home.

If you’re looking to catch the electronic-rock duo in action sometime soon, they’ll be joining fellow live electronic rocker Gryffin at The Roxy in Los Angeles on January 14th; that being said, tickets are unfortunately sold out already at this point!