by Jeffrey Yau
in EDM News, Featured, For the lulz, Just For Fun, Worth Sharing

Oh man…remember when MySpace with its top (insert arbitrary number) friends was the dominant social media platform and Facebook was nowhere to be found? There’s a good chance not a lot of you guys reading this will, I certainly only have hazy memories of it, but you’ll get a glimpse today as we walk through memory lane courtesy of Skrillex.

While his old MySpace page has been archived by now, it’s available for viewing exactly the same as it had appeared before it was left inactive sometime around August 2009.

The archive.org link takes you to what used to be his MySpace profile, which was created in June 30, 2009, with an unusually short shelf-life of fewer than two months with a final login date of August 14th, 2009, but in that short amount of time Skrillex was able to amass over 1500 friends doing fairly well in that department. His about description reveals to us that this site was made while he was still playing in his band.
“I made this site to differentiate between the dance music I make and my band. Enjoy ^-^” 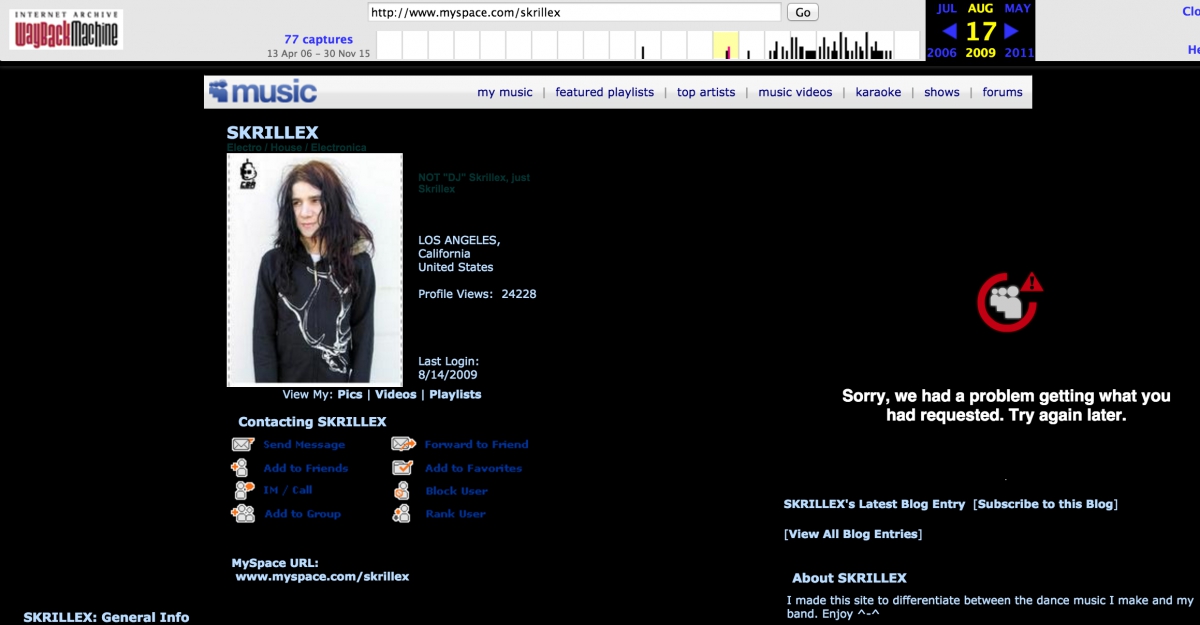 From his landing page we can admire a young Sonny Moore’s haircut, but not much else. Fortunately for us we can cycle through some of his old tour posters that he had uploaded to get a sense of where he was at musically the summer of 2009. 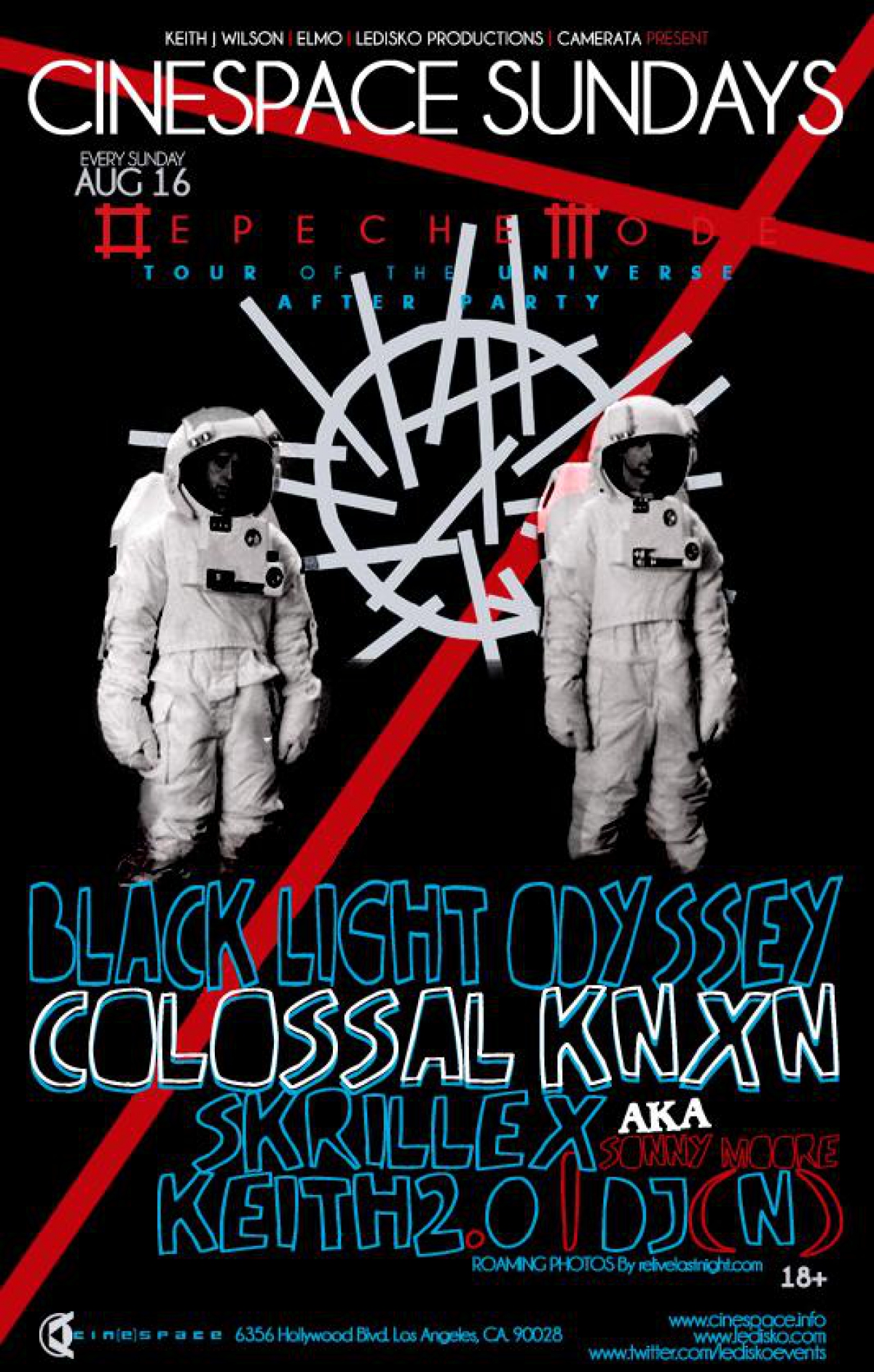 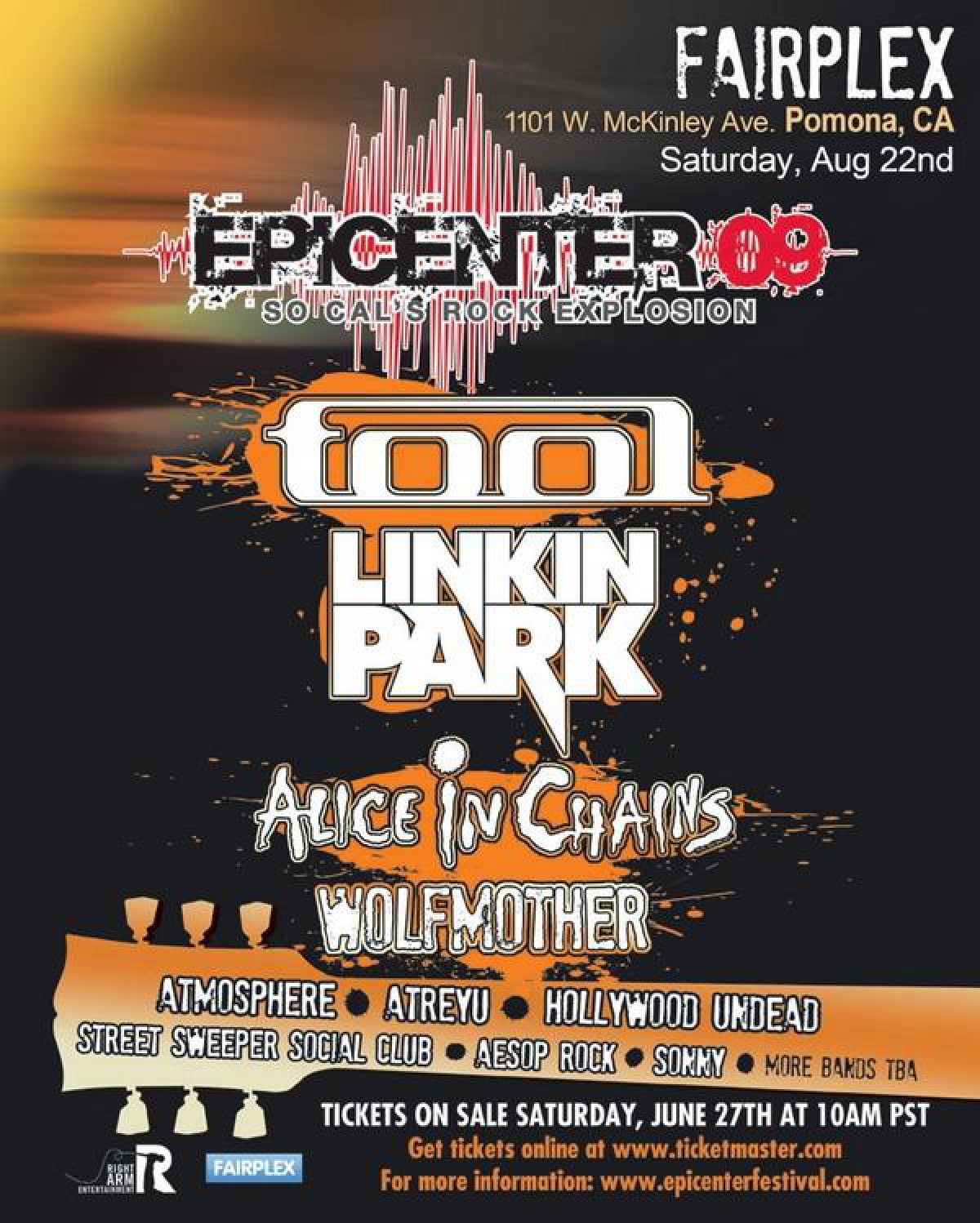 On one poster I can see a bunch of names, presumably of DJs, I can safely say I have never heard of. On the other I see a whole bunch of recognizable rock bands and rappers and Sonny, which seems to indicate at this point in time his electronic career left much to be desired still.

If you’re asking me what the point is in digging all of this up, don’t worry we’re getting to that. Note that in the space of just over a year, 14 months to be precise, Skrillex was opening for Deadmau5 and had Scary Monsters and Nice Sprites signed to mau5trap. Aspiring producers here’s a New Years Resolution for you: if you’re worried that your career’s not quite where you want it yet, don’t give up. While you might not make the astronomical jump that Skrillex did in about a year’s time, use this as motivation to get back into the studio and keep on working.

For those wanting to continue along on their stroll through memory lane, head on over to the archived site here.

Ladies, Now Your Unborn Baby Can Feel The Bass