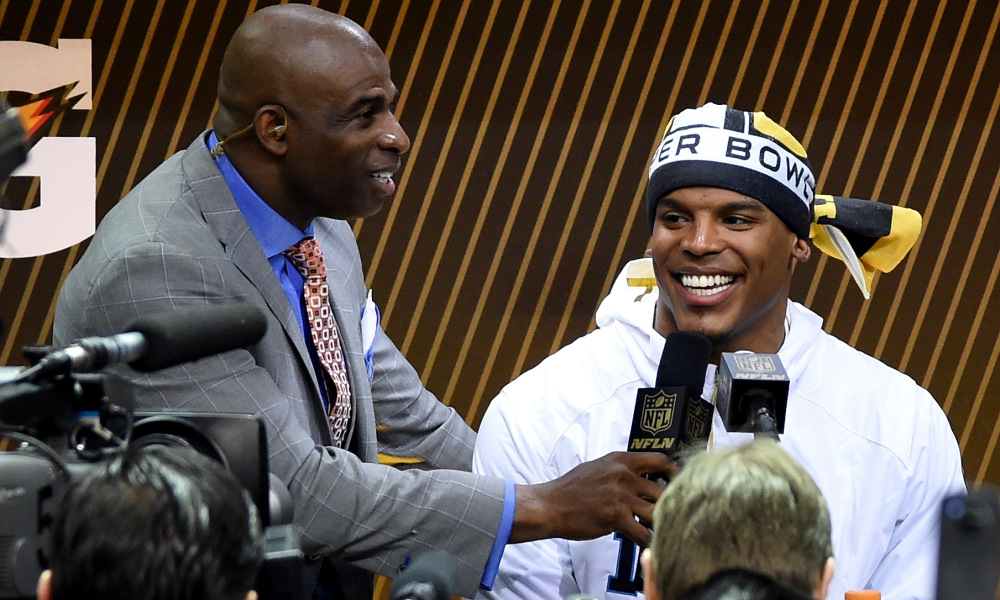 Yesterday, in anticipation of the Panthers’ performance at this weekend’s Super Bowl 50, quarterback Cam Newton sat down with the press to answer what look to be fan-submitted trivia questions about sports and pop culture. In a short clip uploaded by NBC Bay Area, he’s seen pulling out a question that asks the identity of Taylor Swift’s boyfriend.

After a little assistance from the reporter, Cam guesses correctly and ends up singing along to “Feel So Close,” the 2012 classic hit that we imagine is still played out on radios all around the globe.

Watch the exchange below and look forward to the big game this Sunday.