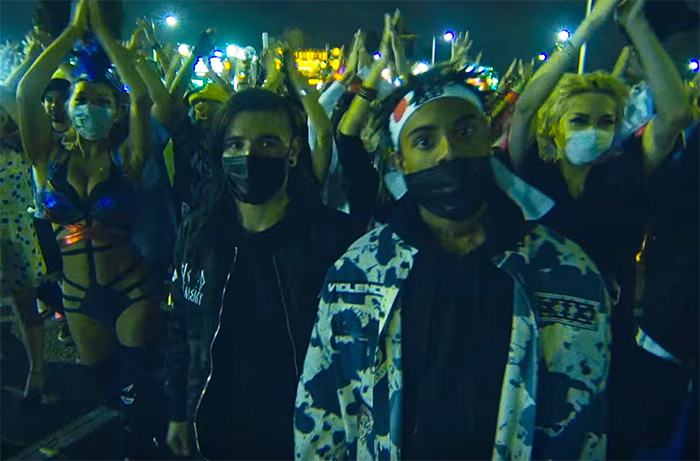 It’s been almost eight months to the day since Skrillex & Vic Mensa’s collaboration “No Chill” first hit the airwaves. Though expectations were initially a little hesitant of Skrillex’s ability to produce hip hop, all reservations were immediately cast aside.

Today, the official music video for “No Chill” dropped and it’s definitely one of the better music videos we’ve seen come out of electronic music (not surprising, given Skrillex’s track record with them). The video follows Vic Mensa’s, Skrillex’s, and Mija’s gallivanting through the underground scene in Tokyo complete with Toky-rave fashion and warped visuals.

The video concludes with what looks like around a hundred people following and crowding around Skrillex & Vic Mensa with brightly-lit and tricked out trucks in the background. If that isn’t a special sight, I’m not sure what is.