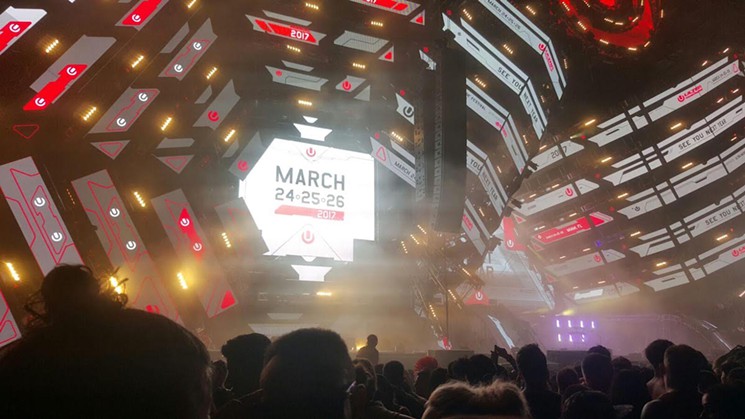 This year’s epic festival saw performances from Kygo, Pendulum, deadmau5 (twice), DJ Snake, Martin Garrix and more and it’s hard to believe it’s all over. As Miami New Times points out, there were no major celebrity appearances like last year, though artists had plenty of fun showing up at each others’ sets – The Chainsmokers made an appearance at Dash Berlin, DJ Khaled joined Carnage briefly, NGHTMRE joined Slander, and who will ever be able to forget deadmau5 & Pendulum closing out the festival with a live rendition of “Ghosts ‘n’ Stuff.”

The success of the festival will be unfortunately marred by the untimely death of Adam Levine, a student from University of Miami. However, it is best in times of difficulty to look ahead to the future and that is what we intend to do. We will be sure to share more information about Ultra 2017 and Mr. Levine’s passing as it becomes available.

Carnage Reveals His True Feelings About Deadmau5, Calls Him A “F*ggot”

Carnage Reveals His True Feelings About Deadmau5, Calls Him A "F*ggot"