We like to think of Los Angeles, Denver, Miami, Chicago, New York, and the like as capitals of dance music in the US – they get all the tours, they house a ton of the labels and artists, and they have some of the best festivals. However, many smaller towns across the country are putting up their hands and saying, “Hey, take a look at this…”

Case in point: Infrasound Music Festival in Highbridge, Wisconsin. 2016 is not this fest’s first year, but damn, it might be its best. Sporting a lineup with the likes of Noisia, Shpongle and Alex & Allyson Grey, the smaller names are just as good as the headliners. Just for starters, we have Hatcha, Joker, Ivy Lab, Pantyraid, Stelouse, Jphelpz, Asa, Sorrow, Russ Liquid, Manic Focus, Mr. Bill [Live], Nostalgia, Grimblee vs Hecka … it’s just not fair. Not to mention two sets from EOTO.

As of today, weekend passes have surpassed 50% sold out and after today’s release, those numbers are expected to continue to climb exponentially. Go here before it sells out! 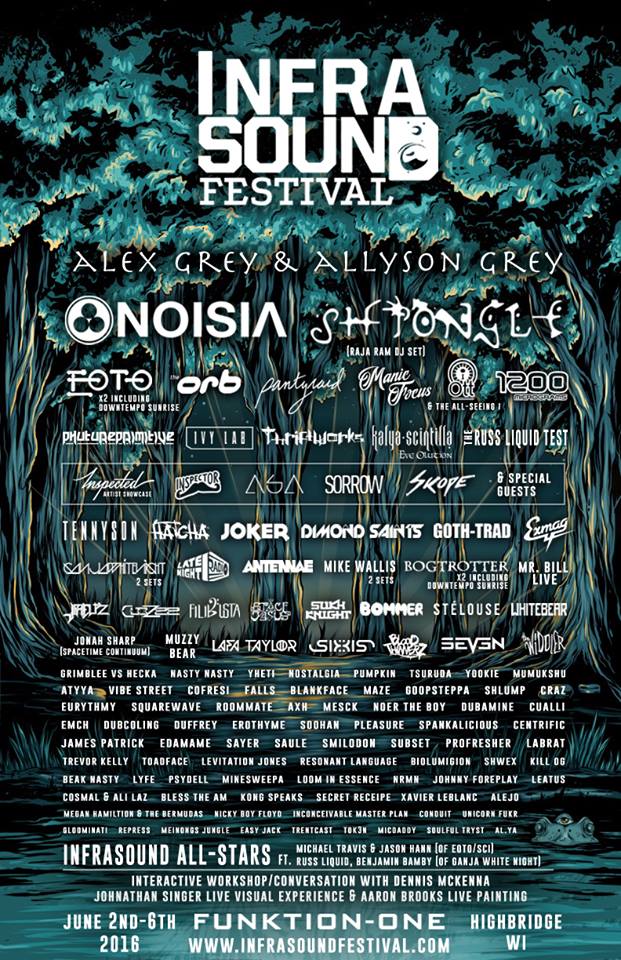 Check out the recap video from last year’s event below!

Your EDM Premiere: Dallerium Takes You on a Future House Journey With New EP