Ever since the beginning of the iTunes era, digital downloading has reigned over total revenue inflow for the US music industry. Although the industry as a whole suffered an overall decline two years ago, it picked itself up again in 2015 thanks to the massive impact of streaming. Streaming surpassed digital downloads as the industry’s largest source of income last year – for the first time ever I might add – and according to RIAA CEO Cary Sherman, its influence is only getting bigger and bigger:

“In 2015, digital music subscription services reached new all-time highs, generating more than $1 billion in revenues for the first time, and averaging nearly 11 million paid subscriptions for the year. Heading into 2016, the number of subscriptions swelled even higher — more than 13 million by the end of December — holding great promise for this year.”

While this may seem like a time to rejoice for RIAA bigwigs, the industry has yet to fully capitalize on ad-supported streaming. In other words, free-to-stream sites, such as YouTube and Spotify, fail to completely match their revenue with the incredible growth of streaming’s consumers. “The consumption of music is skyrocketing but revenues for creators have not kept pace,” Sherman explained in his memo. “In 2015, fans listened to hundreds of billions of audio and video music streams through on-demand ad-supported digital services like YouTube, but revenues from such services have been meager  —  far less than other kinds of music services.” 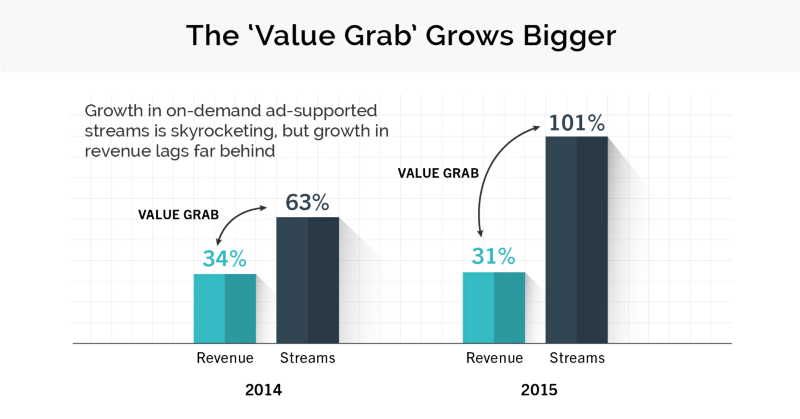 Paid subscriptions are the true money-makers for the music industry, so it’s not at all surprising that the RIAA is disappointed in YouTube’s profit margins. Nonetheless, streaming’s steady takeover of the music industry spotlight is now officially at the helm, and the RIAA should be content with the industry’s return from red to green.

Beloved LA DJ Dies Tragically On The Way To Festival

Beloved LA DJ Dies Tragically On The Way To Festival