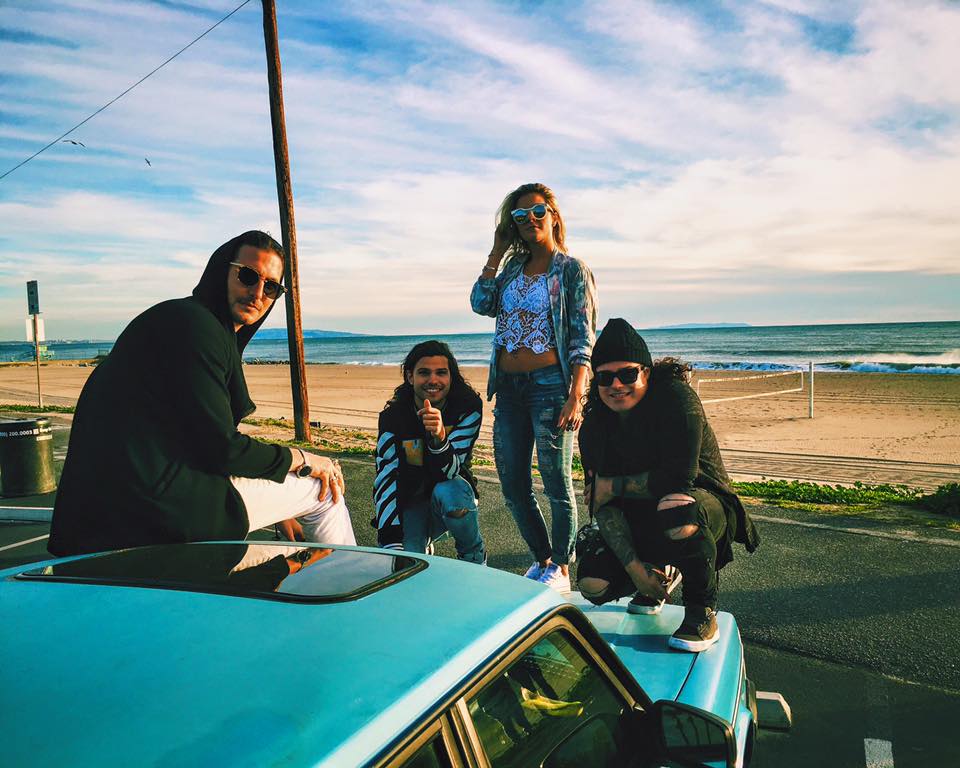 DVBBS are taking serious steps to change the game and expand their sound in 2016, and here’s what they had to say about their latest, “LA LA LAND,” a highly touted collaboration with Delaney Jane and Shaun Frank which debuted at Ultra Music Festival this past weekend and is out now in full.

“LA LA LAND is the first of many vibey records off the album and is a special collaboration for us. Shaun has been a very good friend of ours for many years, since all of our band days. We’ve always talked about working in the studio together & when Shaun and Delaney made their way to Los Angeles we had two weeks in early January to just kick it as friends and write in a natural environment. No pressures, no expectations. We also did a live rendition of the record at paramount studios – wait until you hear/see this”

“La La Land definitely gives off the inspiring California feel, but is supposed to leave the audience with their own feel of euphoria, their own dreams and imagination of what would be their ‘La La Land.'”

With two fellow Toronto natives on board for this vocal heavy pop-trap/future bass hit, the pair have certainly made some waves with the huge debut single from their promised 2016 album, as most fans seem to love the new style.

Luckily we were able to grab a few quotes from the guys themselves about what this shift in direction means for their career and what their fans can expect for 2016 as a result. When asked about the upcoming LP, it’s clear that the two feel more passionate about this project than most anything in their past music career.

“You only have one chance to make your first album, a real story, a journey from front to back. The sad thing is we haven’t heard one of those albums in a while, seems like nowadays everyone is jumbling together “whatever works” and calling it an album.”

This track in particular stands starkly against the bigroom festival house sound that DVBBS has become quite well known for, but it isn’t an entirely new direction for the EDM artists who have had quite a history with various creative ventures.

“To some people it may feel like a new direction for DVBBS, but to us it just feels like we are going back to our roots. We are bringing a much more live instrumental feel to the new records as well as to [our] live show. We’ve also been blessed to work on new projects in a completely new lane for us. Been dabbling a bit into the film industry, as well as scoring and composing aspects of films. Writing has become more of a visual thing for us now as well.”

The passion in their response is clear when asked about the inspiration behind this work as well.

“The last 8 months have been one of most exciting times in our career, taking more time off from non-stop touring to lock ourselves up in places with no distractions, different countries that can inspire us with their culture, with their people. From the jungles of Thailand, to the undergrounds of Amsterdam, for once we finally feel a pure connection with the new sounds we are creating. Expect a perfect balance between melodies that can make you forget all your problems, and slappers that are going to make you want to stay up all weekend with your day ones.”

We’re glad to hear that DVBBS feel in touch with their artistry now more than ever and look forward to hearing their highly anticipated album with the variety of work promised. But, in the meantime, we’ll be throwing this brand new song on repeat and awaiting the inevitable flood of remixes to come.